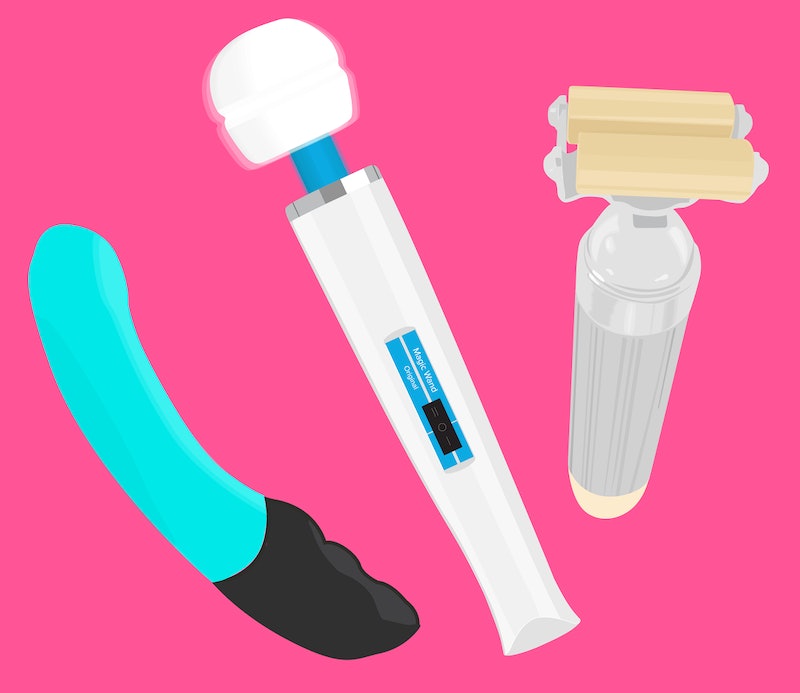 We’re always hearing that we could be having better sex, a better orgasm, or a better relationship. But how often do we hear the nitty-gritty of how we can actually better understand our deepest desires and most embarrassing questions? Bustle has enlisted Vanessa Marin, a sex therapist, to help us out with the details. No gender, sexual orientation, or question is off limits, and all questions remain anonymous. Now, onto today's topic: what to do when you can only orgasm with strong vibrators.

I also want to take a moment to point out that vibrator-induced orgasms are almost always going to feel more intense than any other type of orgasm. Vibrators are able to create way more stimulation than hands or mouths, so it just makes sense that this would be the case. If you have the desire to learn how to orgasm with your hands or with a partner, don’t let a vibrator-induced orgasm be your gold standard of orgasms, because they are different.

2. Know Why This Happens

Let’s go back to your bullet days. Bullet vibrators tend to be cheap (most are around $10-$20), and cheaply made. They are known to lose their intensity over the time, and eventually sputter out altogether. It’s actually quite possible that you had to keep increasing the power setting because your bullet was dying a slow death. In other words, you weren’t really creating more intensity, you were just being forced to use a higher setting to get the same level of vibration. Understandably, you may have gotten it into your head that you needed something more powerful, leading you to upgrade to the Hitachi.

Let’s talk about that Magic Wand. You’re right — the Hitachi Magic Wand is a very powerful toy. It is possible that your body eventually became accustomed to having a high level of pressure and intensity. Again, this doesn’t mean you’ve caused any sort of lasting damage or become addicted. It simply means that your body may have gotten used to a lot of horsepower.

3. Be Honest About Your Habits

4. Get Clear On What You Want

6. Try Taking Orgasm Off The Table

During this no-orgasm period, try to allow yourself to explore different ways of touching yourself. Play with your inner and outer labia, and vaginal opening. Experiment with different types of strokes, like moving your fingers in circles, up and down, or side to side. Use different numbers of fingers, or try using your palm.