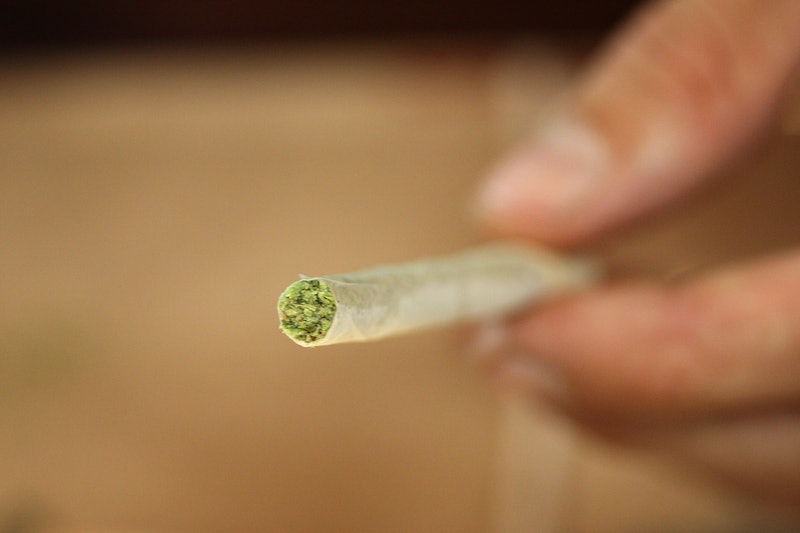 America's highest federal court has pushed the debate over legalizing marijuana firmly into the political sphere. On Monday, the Supreme Court rejected a challenge to Colorado's marijuana laws brought forth by two neighboring states concerned the drug was seeping across their borders. The court's refusal to hear the interstate dispute exemplifies a commitment to upholding state autonomy and the constitutional limits of the federal government. However, it's not likely to be the last time we see a legal battle involving marijuana's legalization.

The Supreme Court voted 6-2 to dismiss a unique lawsuit filed directly with the court by Nebraska and Oklahoma that challenged Colorado's recreational marijuana usage laws on the basis its was increasing crime and affecting the health of residents in the neighboring states. Under Colorado law, adults have been legally able to buy, sell, or consume one ounce of the marijuana since voters approved an amendment to the state's Constitution in 2012.

"The state of Colorado authorizes, oversees, protects and profits from a sprawling $100-million-per-month marijuana growing, processing and retailing organization that exported thousands of pounds of marijuana to some 36 states in 2014. If this entity were based south of our border, the federal government would prosecute it as a drug cartel," Nebraska and Oklahoma alleged in their lawsuit.

Advocates for legalized marijuana called the court's decision a victory and said they hope it signals the federal court will continue to refrain from overturning state marijuana laws despite federal law prohibiting all use, sale, and purchase of the drug — despite the fact that in May 2001, the Supreme Court ruled those using marijuana for medical purposes were still in violation of federal law prohibiting the drugs use in a unanimous 8-0 vote.

By declining to hear the recent challenge to Colorado's marijuana law — a decision the Obama administration advocated for back in December — the court is essentially saying it's committed to both upholding federal law and protecting states' right to not enforce federal law. The court again supported the feds right to take action against medical marijuana users, distributors, and growers even in states that had passed laws to legalize it in its 2005 Gonzales v. Raich decision. But they respect the balance between national and state governments, and if the states cannot be forced to enforce federal law by the federal government, they certainly can't be required to do so by other states.

In the last two decades, Washington has watched a slow but steady rebellion of federal pot law progress from state to state. Currently, four states allow for the recreational and medical use of marijuana while another 19 states and the District of Columbia have legalized the medical use of the drug. And while marijuana advocates will celebrate Monday's refusal to hear the case, so too can federalism fans as it signifies the Supreme Court's dedication to respecting the constitutional limits of the federal government.