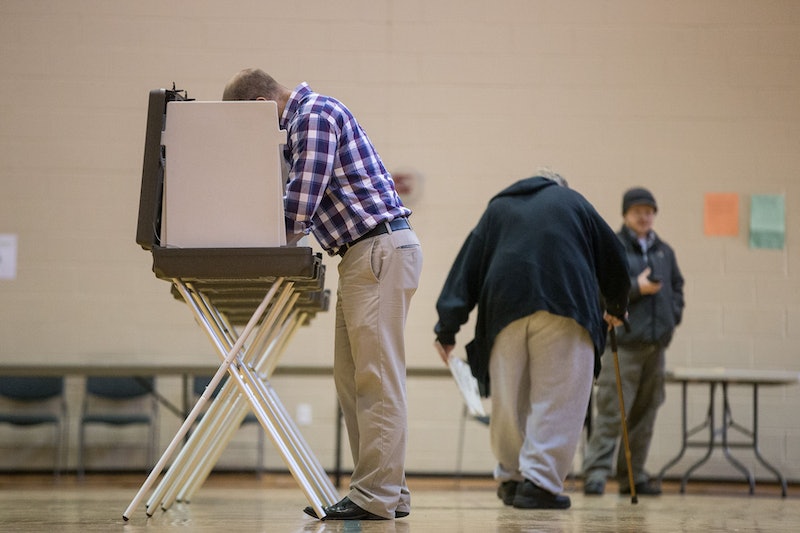 Unlike some states that will remain unnamed, Arizona has made finding polling information pretty easy for resident voters. A simple Google search and therein lie the answers, readily available for citizens eager to perform their civic duty. Oddly, the Arizona primary is being called a "presidential preference election." To each his own, so long as voters know what that term means. It essentially tells the party who the voters would like to support, though they're not necessarily bound to that decision, depending on events further into the cycle. Sure, the term is a little different than the more often heard "primary election," but the only other real concerns are having the proper forms of identification to vote in the March 22 primary and knowing when the Arizona polls open and close. So when can Arizona residents vote?

Polls in the Grand Canyon State open at 6 a.m. and close at 7 p.m. Mountain Time. Of course, Arizona residents also had the option to vote early, which, for future reference, Arizonians, is easily accessible via the County Recorder's office. Additionally, voters in Arizona can have their names added to a Permanent Early Voter List (PEVL), by completing a new voter registration form and checking the box marked, "Yes, I want to automatically receive an early ballot for each election for which I am eligible." Those who prefer the Internet to paper can do the same via Service Arizona's website. Convenient!

On March 22, voters need to bring with them an acceptable form of identification bearing a photograph, like a driver's license or Department of Motor Vehicles' authorized identification card. A U.S. Passport or a tribal enrollment card also work. Other forms that count are non-photograph paperwork bearing name and address — but two are needed, with matching information. A utility bill under 90 days old or a bank or credit union statement from within the 90-day mark are perfect. The name and address must also match the information on-hand at the polling location. The third option is a photo identification card or U.S. Passport with an incorrect address accompanied by a non-photograph identifier with the address that is listed at the precinct register. It's just like going to the DMV.