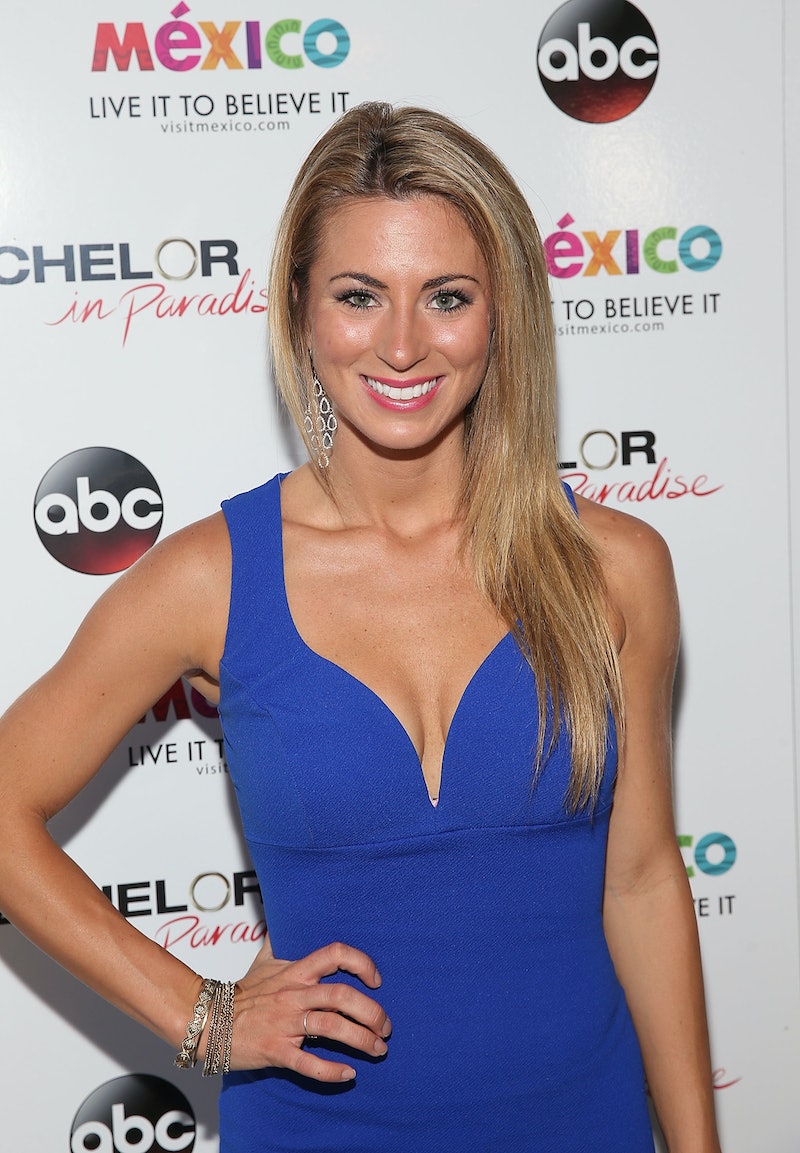 Fans know that The Bachelor and The Bachelorette don't exactly boast phenomenal stats when it comes to producing a lot of true love connections. Still, I love to watch it, regardless of its low relationship success rate. But, one thing that the shows do help their contestants find is their savvy business brains. Many former Bachelor and Bachelorette stars have started their own businesses after exiting the show.

It makes sense that being one one of the most popular, long running and beloved shows on television would help its participants gain some momentum in the business world once shooting ends. It's a smart strategy to capitalize on the quick window of fame that these people experience and the smart ones jump at the chance. After all, most businesses are really based upon who you know and name recognition. These contestants come out of the game with both of these prerequisites in spades. Sure, some of them flounder after the initial fame boost but others have gone on to flourish in the business world.

Here's a list of a few of the notable stars from Bachelor Nation that have started their own businesses after the final rose was given.

Eliminated from the 14th season of The Bachelor, Tenley has become a veteran of the franchise. She went on to appear on Bachelor Pad and Bachelor In Paradise. She may not have found love on the show, but she did find her calling. Tenley owns her own busines as a "wellness coach." Tenley's Sweet & Free Life is a lifestyle business that specializes in teaching you how to live your best life while also feelings like a million bucks. In addition to that, she's launching the Food Freedom group program on March 23. People can sign up for Tenley's six-week self-care program through March 22 at 11:59 PST.

Jade competed for Chris Soules' heart on Season 19 of The Bachelor and married Tanner Tolbert after getting engaged on Bachelor In Paradise. She started and owns her own organic cosmetics company called, Naturally Jade. She invested her own money to begin the company and donates some of the profits to cancer research. Essentially, Jade is awesome.

Better know as Mikey T., this Bachelorette contestant from Season 9 now owns CrossFit Alpha Dog, in Lombard, Illinois. He may not have won Desiree's heart but now he's using his notoriety from his time on The Bachelorette and his stint on Bachelor In Paradise to propel his fitness business to serious success.

Ben may have been an unfortunate casualty from Kaitlyn Bristowe's season of The Bachelorette but he came out of the experience doing pretty well. He owns Zorn Fitness, which specializes in educating clients about nutrition and exercise according to his LinkedIn profile.

Lacy dodged a bullet when she was sent home by Juan Pablo and later found love with Marcus Grodd on the first season of Bachelor In Paradise. It turns out that she is also an angel on earth. She owns multiple elderly care facilities in California, and she actually bought her first one when she was only 20 years old.

After appearing on Season 8 of The Bachelorette and Bachelor In Paradise, Chris went on to co-found Bracket Sports Lounge in Arlington, Virginia. It's described on the restaurant's website as an "upscale sports lounge and eatery." Their yelp reviews are pretty good too.

Samantha definitely caused her fair share of drama during her appearance on Season 2 of Bachelor In Paradise, but she is actually an incredibly savvy businesswoman off the show. She owns IDGAF clothing company and has even attracted the attention of some celebs.

The men and women of Bachelor Nation definitely know how to hustle. They may not all walk away with a rose or a ring, but they make the most of their time in the limelight when they leave the mansions. Who else wants to sign up for whatever Tenley & co. can teach us?