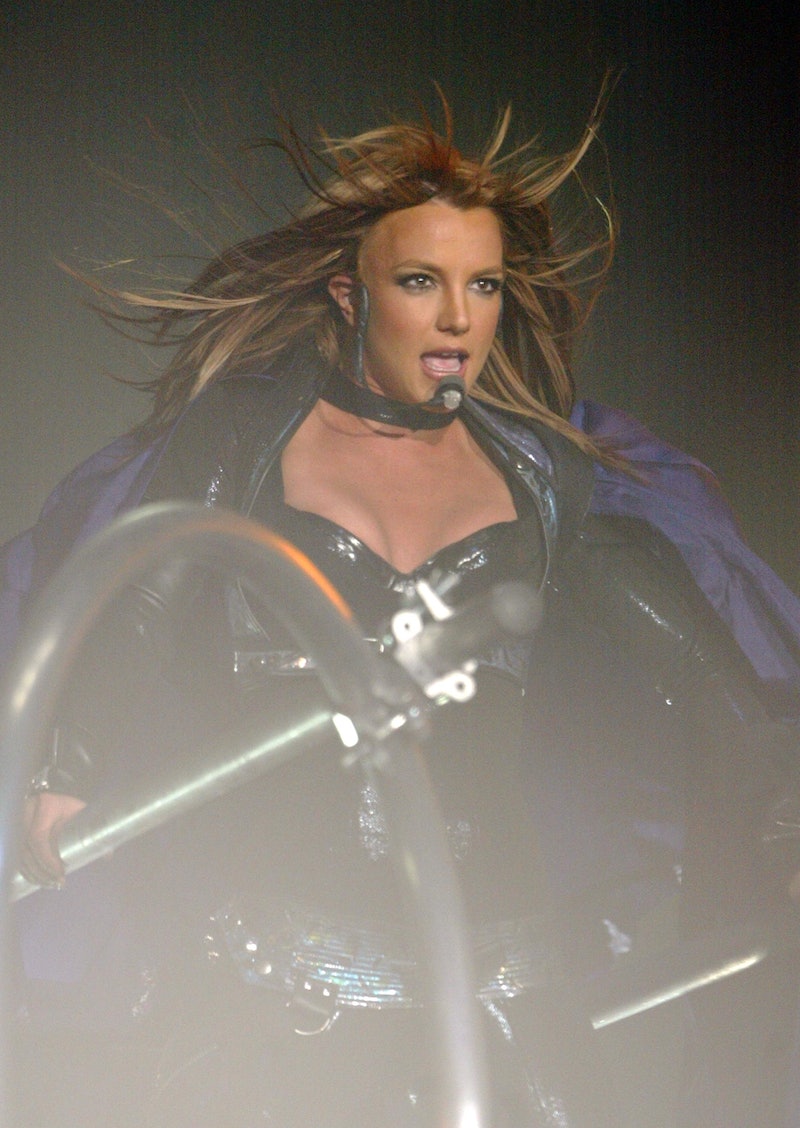 In many a music video, the pop goddess has boldly danced where other recording artists have boldly danced before: in outer space. Whether she is duking it out with anthropomorphic lightbulb aliens, crushing choreo atop a platform that may or may not be floating between planets, hanging out with a new martian friend, or straight up ruling Mars, a Brit Brit outer space music video is a veritable Oops! ...I Did It Again space rock (read: it's an invaluable treasure).

In the video for her 2015 single, Britney and new martian friend Iggy Azalien drive around town, turn water into Crystal Light, and steal money from an ATM. At the very end, a UFO shines shines its lights on Britney and Iggy Azalien, and, presumably, sends the pair on their next spacey escapade.

Hoping to escape a sea of paparazzi, Cartoon Britney zips away in a spaceship. Much to her chagrin, she winds up on a planet that's inhabited by lightbulb creatures and paparazzi. Cartoon Britney just can't catch a break!

“Born To Make You Happy”

"Hey, we're holding the dance recital at that new stage. You know, the one that's just outside Earth's atmosphere? You'll have to take a spaceship to get there, so plan ahead. I don't know how easy it is to book a space taxi at the last minute."

“Hold It Against Me”

When a meteoroid collides with the planet, the planet gets real weird.

Space Empress Britney, a red catsuit, and the Heart of the Ocean necklace? My, my. This video really does have it all.

*Raises glass of Moon Juice* Here's to all of Britney's space videos. And may we never forget Britney Jean song "Alien." The almost-single that never was.

...The almost-space music video that never was.