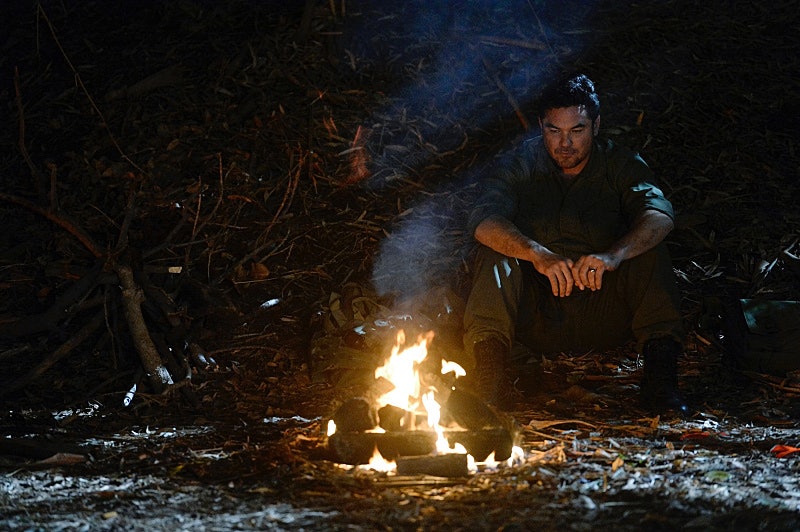 Who saw that coming months ago? After disappearing on a mission with the DEO, we learned Monday night that Alex's father Jeremiah Danvers is alive on Supergirl after all — just maybe not alive and well. Alex left to go find him, but he may already be in danger.

While it's fantastic that he's not dead, what is Project Cadmus on Supergirl ? That's where Dean Cain's character has been secretly kept all these years. General Lane dragged J'onn J'onzz and Alex there with the intent to experiment on them. In the comics, this is a genetics research group lead by a couple of shady characters. Are they experimenting on Jeremiah? Whatever they're doing, it can't be good.

After meeting the real Hank Henshaw in a flashback, we learned a little bit about the Manhunter Mission and how Jeremiah first met J'onn. While the Martian thought he witnessed Danvers' death and promised to look after his two daughters, clearly something fishier is at play. At the end of the episode, the Martian saw through the feelings of General Lane and discovered that Papa Danvers was being held at Project Cadmus.

So, Alex is off to get her father out of there. The only downside is that she likely won't be around when Barry Allen comes to town in the Supergirl/The Flash crossover episode next Monday. She'll be too busy infiltrating Project Cadmus. Am I the only one who kept hearing "Project Katniss," by the way? I've clearly got girl power on the brain. Not only is Alex about to White Knight up and save her Dad in distress, and Cat Grant shut down Siobhan's problematic revenge plot, but Lucy Lane got a major DEO promotion as well!