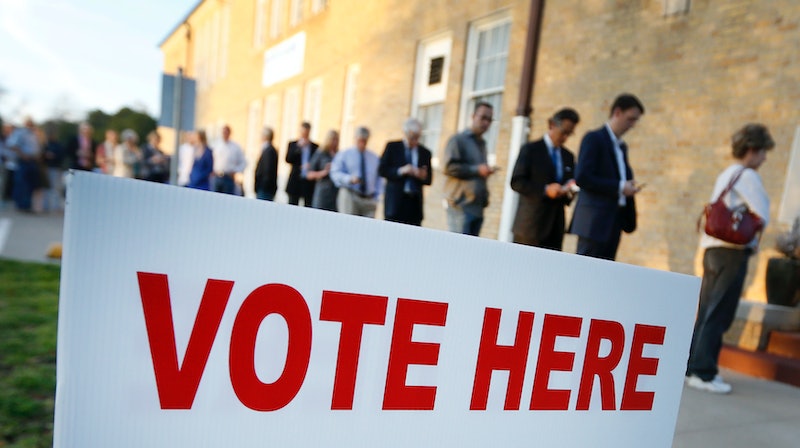 We’ve made it through Super Tuesday, Super Tuesday II: Electric Boogaloo, and Mega Tuesday. Now, it’s time for the latest installment: Western Tuesday! And what is Western Tuesday, you ask? No, it’s not a weekly event at a second-run movie theater. Western Tuesday is just a fancy name for March 22, when a few western states will cast their votes in presidential primaries. Let’s face it: Most people don’t care much about politics, so coming up with catchy names like "Western Tuesday" is as good a way as any to boost voter engagement around the margins.

Not very many states actually vote on Western Tuesday. Arizona and Utah are the big ones, and they’ll cast votes in both parties’ primaries. In addition, American Samoa Republicans will have their nominating convention and Idaho will hold its Democratic caucus. But despite the relatively few number of voting states, Western Tuesday could still be a big deal in the primary.

On the Republican side, Utah is fertile ground for the #NeverTrump crowd, as it’s one of the few states in which Donald Trump is projected to lose in a landslide. Current polling shows Ted Cruz leading the field by around 20 points, which may partially be a consequence of Trump’s public feud with Mitt Romney. Utah is a heavily Mormon state, and Romney is one of the most famous and respected Mormons in the country. Romney is recording robocalls for Cruz in the state, so it’s pretty unlikely Trump will be able to stage any sort of comeback in the state.

Arizona, meanwhile, is a winner-take-call state in the GOP primary, which automatically makes it a bit more important than it otherwise would be. Trump has a steady polling lead of around 13 points in the state, so he’s well-positioned to pick up all 58 of the state’s delegates. If that happens, it will help cancel out his expected loss in Utah, which allocates its 40 delegates proportionally.

This dynamic — the frontrunner leading in Arizona and the insurgent leading in Utah — is playing out in the Democratic primary as well. Hillary Clinton has a 30 point average lead over Bernie Sanders in Arizona, and while polling of the Democratic race in Utah has been a bit sporadic, FiveThirtyEight gives Sanders a 51 percent chance of winning the state to Clinton’s 44.

If general polling trends hold, Clinton won’t have much trouble winning the Democratic nomination. But the Republican contest is truly on the razor’s edge. It’s a statistical toss-up as to whether Trump wins the 1,237 delegates needed to avoid a contested convention, and some, like election analyst Dave Wasserman, believe that we won't have the answer until the very last primary. In 2016, moreso than in any recent presidential primary, every single state counts.