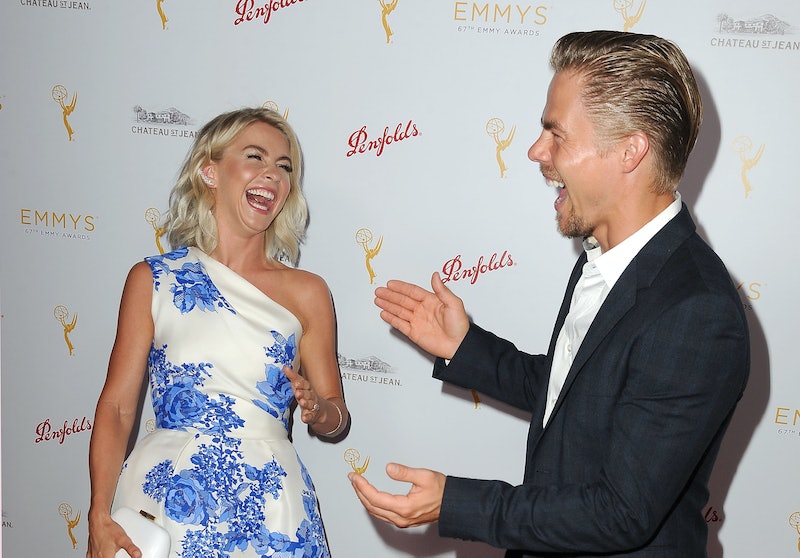 Look, I love ABC's Bachelor replacement Dancing With The Stars , but, without Derek and Julianne Hough, it's just not the same. The brother/sister pair's departure during Season 22 marks the first time in nine seasons that the show hasn't at least featured one Hough, and it's just not OK. I mean, the rest of the pros are very talented, and it's nice to see Len Goodman back (actually, it's not; he's too old-fashioned and negative for me), but it's just not Dancing With The Stars if Julianne and Derek aren't there.

To be fair, the pair both left for good reasons. Derek is focusing on Broadway with his upcoming Singing in the Rain show. Julianne, for her part, has left the judging table to explore some other projects, she told People. And, I'm sure they'll both eventually be back. Julianne promised People magazine that she would return. "I promise it's not the last you'll see of me in the ballroom," she told the magazine. And, we know Derek can't stay away. I mean, even when he got injured in Season 20, he still helped choreograph when he couldn't dance. I'm not sure Derek would know how to say goodbye to DWTS forever.

Still, fans are seriously missing the fancy-footed siblings. Twitter was abuzz with people wondering where the judge and pro were, and they were pretty disappointed to discover that Season 22 will be totally Hough-less.

At least we can look forward to a hopeful return in Season 23. And, for now, maybe a guest appearance? Fingers crossed!