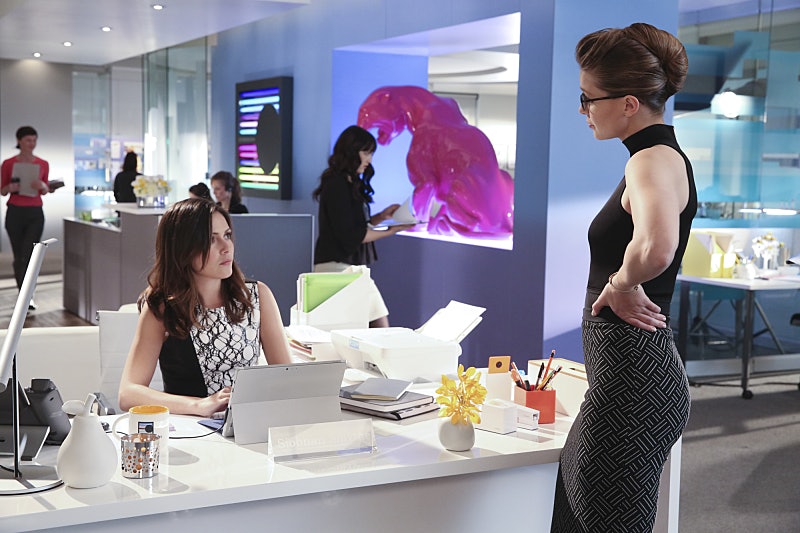 If Kara's rival coworker used to make you scream, just wait until... let's just get to it and skip the puns. Siobhan Smythe got her Silver Banshee powers on Supergirl and it won't be long until she's fulfilling her evil comic book destiny. Fingers crossed that Winn Schott doesn't get hurt in the process.

At the end of Monday's episode, after making a juvenile attempt to get Kara fired and while breaking down in front of Winn, Siobhan accidentally fell off of a roof, but her screams saved her life by projecting some kind of sonic energy on the ground and slowing her fall. She can fly! In a sense. Poor Winn, too. This is now the second time that he's watched a girl he has feelings for seemingly fall to her death, only to reveal supernatural powers. The dude is cursed.

But here's my question — how does she have these powers? There aren't too many characters on Supergirl that have abilities other than Kara herself. Is Siobhan an alien? Was she in an accident? Barry Allen, also known as The Flash, is in the next episode. Is she a metahuman? "Silver Banshee" does kind of sound like a name Cisco Ramon (or a Cisco copycat) would come up with for a screaming villain with a penchant for the greyscale. In the comics, she was cursed with these powers.

She's definitely sporting some intense makeup — we'll have to wait and see whether or not she's putting this on or has somehow transformed even further. How does this major of a makeover happen in one week?

Siobhan Smythe is not my favorite character on Supergirl, and I enjoyed watching Cat Grant read her the riot act. I do, however, think her characterization is both intentional and important. Not every female character should embody some feminist ideal. Writing all women as perfect is just as damaging as writing all women as deeply flawed. Balance and diversity is the goal. That said, this is a superhero show, so I'm looking forward to this development in Siobhan's journey on Supergirl.