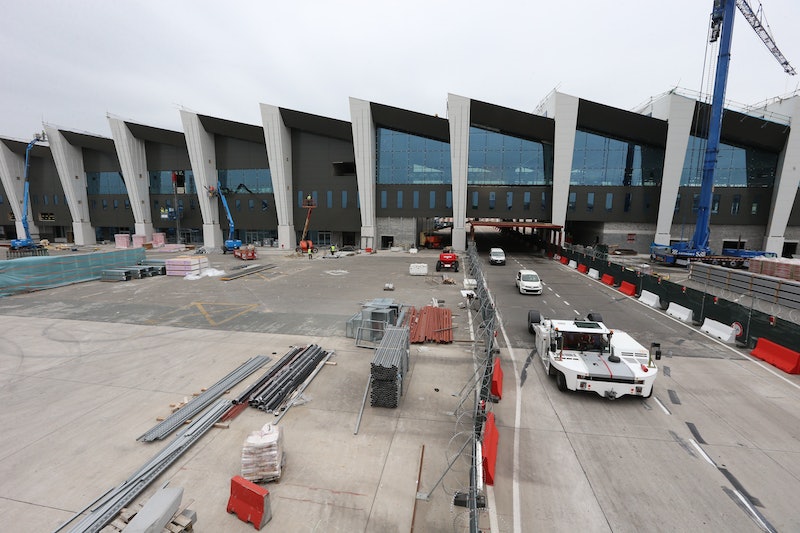 On Tuesday morning, at least two explosions detonated at Brussels Airport in Belgium, causing "multiple casualties." According to Reuters, the blasts, which occurred around 8 a.m. local time, took place in the airport's departure terminal. RT reports the hall belonged to American Airlines. Update: A series of coordinated blasts in Belgium, two at the city's key airport and another at a busy subway station, are thought to be terrorist attacks. At least 34 people are believed to have been killed and over 170 injured.

The cause of the blasts remained unknown as of Tuesday morning. Local media reports that multiple people were injured, though the exact extent of the casualties was not immediately known. Unconfirmed graphic photos shared online showed a number of people with serious injuries.

Air traffic has been stopped, and planes have been diverted from the area. All flights have been canceled. A disaster plan has been enforced, and people are being evacuated from the area. One video, taken from a parking structure and posted to Twitter, showed panicked people running from the terminal as smoke billowed into the air.

Last week, Salah Abdeslam, suspected in last November's Paris attacks, was arrested in Belgium, but authorities warned of future plots that may have already been in motion. There has been no official word as to whether it was indeed a terrorist attack, and no group immediately claimed responsibility for the airport blasts.

Belgian authorities have yet to release an official statement.

Here's how to help victims in Brussels.

More like this
25 Things I've Reduced My Life To, In Addition To WFH In My PJs
By Ginny Hogan
7 Things We Learned From Rebekah Vardy's First Post-WAGatha Christie Interview
By Sam Ramsden
Why Eurovision 2023's Host City Won’t Be Revealed For A While Yet
By Sam Ramsden and Rachel Mantock
13 Photos Of Princess Charlotte Loving The Commonwealth Games
By Sam Rogers
Get Even More From Bustle — Sign Up For The Newsletter