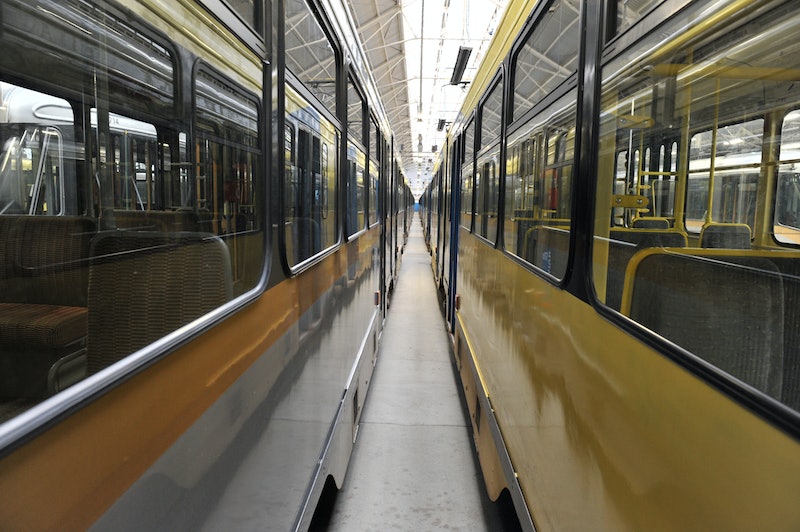 Just 75 minutes after Brussels' international airport was bombed twice on Tuesday morning, the city's Maelbeek metro station was shocked by another explosion that killed at least 15 people and injured at least 55 more. Alexandre Brans experienced the attack firsthand and described it to the Associated Press. It occurred during the tail end of the morning rush hour.

The Metro was leaving Maelbeek station for Schuman when there was a really loud explosion. ... It was panic everywhere. There were a lot of people in the Metro.

In a statement made hours following the bombings, Belgian Prime Minister Charles Michel referred to the attacks as "blind, violent and cowardly" and called upon his nation to remain united and strong.

We realize we face a tragic moment. We have to be calm and show solidarity.

According to Belgium's public broadcaster RTBF, a suicide bomber was involved but any terrorist involvement has yet to be confirmed. The attacks came just four days after the only remaining Paris attacker and ISIS co-conspirator, Salah Abdeslam, was arrested in Brussels on Friday. Though questions about the motives behind the attacks remain unanswered, it's possible that the location of Brussels' Maelbeek metro station played a large role.

Nestled in the heart of Brussels' European district, the Maelbeek metro station is located in close proximity to the U.S. embassy and the European Union headquarters. One of its exits comes out on the popular Rue de la Loi, a main city street that was partially closed off following the explosions. According to Google Maps, the U.S. Embassy is located less than two miles south of the metro entrance. Additionally, the European Commission Headquarters is located less than 1,000 feet east and the Council of the European Union is just over 1,100 feet southeast of it. With the European Parliament building also positioned less than 600 meters southwest of the station, Maelbeek is completely surrounded by tokens of Western unity. Belgian officials have not yet commented on whether the location of the bombs could have been strategic.

According to BBC News, all EU institutions have cancelled meetings and are asking employees to refrain from traveling to work on Tuesday. After Friday's raid that resulted in the death of Abdeslam, Belgium has been under high security watch. Now, the security level has been raised to its max and armies are allowed to deploy men on the streets if they deem it necessary.

More like this
5 Ways To Stand In Solidarity With Women In America From The UK
By Sophie McEvoy
How To Fight For Reproductive Rights, Based On How Much Time You Have
By Courtney Young
Boris Johnson’s Leadership Is In Question – Again
By Bustle UK
Olivia Rodrigo’s Song Dedication To 5 SCOTUS Justices Sent A Strong Message
By Grace Wehniainen
Get Even More From Bustle — Sign Up For The Newsletter