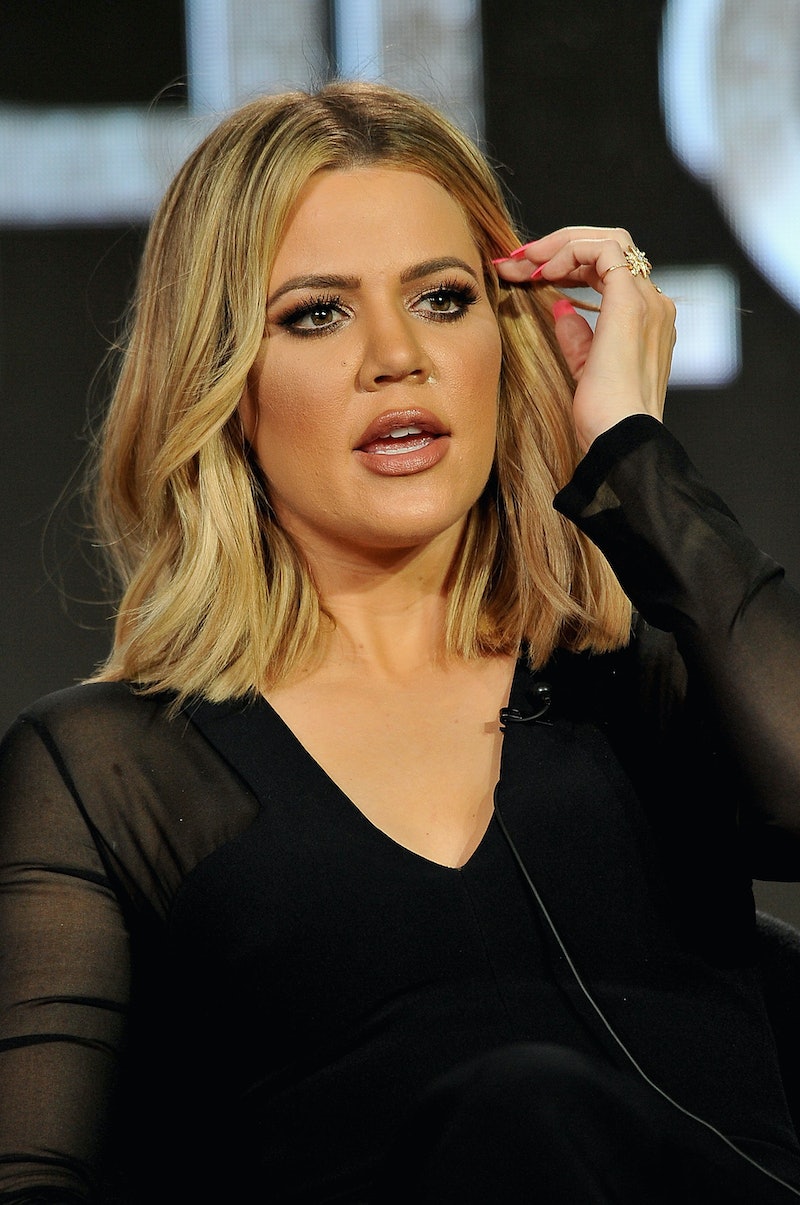 After news broke of the Tuesday, March 22 attack on Brussels in Belgium, people have spoken up on what is thought to be coordinated acts of terrorism that left dozens dead and many more injured. One of those people is reality TV star Khloe Kardashian, who posted about the Brussels attacks on Instagram and Twitter. Her first post was an Instagram picture of a piece of art. It featured a heart painted in the colors of the Belgian flag, and Kardashian added a caption saying her thoughts were with those affected by the incident.

#PrayForUsAll Terrorism is one of the scariest things. It does not function like anything else in this world. The Dalai Lama once said "love and compassion are necessities, not luxuries. Without them, humanity cannot survive." The world falls to its knees yet again over terrorism 💔 #PrayForBrussels#PrayForPeace #PrayForUsAll

Her original caption had only said #PrayForBrussels, but after being deluged with negative comments, Kardashian added the #PrayForUsAll hashtag. It seems many of her followers felt her Belgium-minded thoughts were too singular and called for her to "#PrayForTurkey," Syria, and many other places that have been affected by terrorism in the recent past and present. "What about the other countries who also [sic] suffers from terrorism?" one user commented. "We should stand united against terrorism. It is not a matter of ethnicity, race, religion, or whatever. It is a WORLDWIDE problem."

Although she did modify her original post, Kardashian spoke out in frustration at the comments she was receiving, requesting that people focus on the issue at hand, not on her choice of words on social media.

But, as she also noted on Twitter, it's impossible to always please everyone.

So, maybe it's best to focus on what Kardashian meant, rather than tear her down for how she said it. There's enough pain in this world already, and we don't need anymore negativity today.