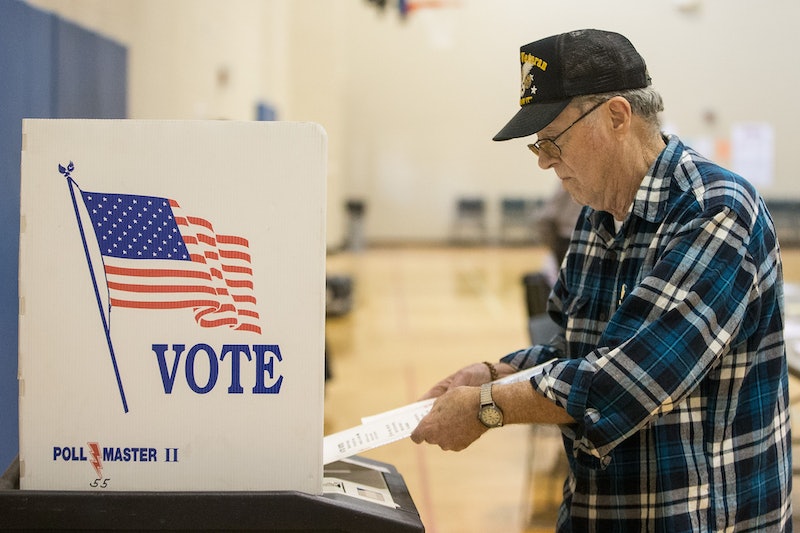 Western Tuesday was another big day for our 2016 presidential contenders. Republicans faced off in Arizona and Utah, while Democrats competed in those two states, as well as Idaho. Arizona was the real big-ticket state, with 75 delegates for former Secretary of State Hillary Clinton and Sen. Bernie Sanders to divide up proportionally, and 58 delegates that all went to Republican winner Donald Trump. One of the big stories of the 2016 election, aside from the results of the race itself, has been voter turnout. At 97 percent reporting according to the AP, nearly a million Arizonians voted Tuesday.

According to the latest numbers from the AP, on the Republican side 527,404 turned out to vote, and 406,326 turned out on the Democratic side. The number of voters in the 2016 Arizona primaries was actually slightly lower than it was in 2008 (the last year there was a Democratic and Republican primary). According to the United States Elections Project, there were 456,626 Democratic voters and 541,767 Republican voters in 2008, accounting for 24.2 percent of eligible voters.

It was already clear early in the day on Tuesday that Arizona was going to have a solid showing of voters at the polls; early voting and absentee ballots are wildly popular in the state. NBC News reported that, in 2012, 75 percent of total Republican primary votes were cast as early or absentee ballots. And in 2016, before Tuesday's polls had even opened, 31 percent of Republican voters and 29 percent of Democrats in the state had already voted by these methods.

Even though the absolute totals didn't break 2008, Arizona's voter turnout is impressive for a couple of reasons. First, if you check the Election Project's 2008 data linked above, only 20 states had turnout rates of over 30 percent for primaries, and many of those were just barely over 30. But another significant thing to note is that Arizona's primaries are closed, as NBC News reported. That means only people who are registered with the Republican Party can vote in the party's primary, and only registered Democrats can cast a ballot on the Democratic side. This leaves out a whole chunk of unaffiliated and third party-affiliated voters. Those individuals had until Feb. 22 to update their voter registration if they wanted to change their affiliations, but the extra step may have tripped up some would-be voters.

Nonetheless, an impressive number of Arizonans made it out to the polls on Western Tuesday to participate in the 2016 primary.