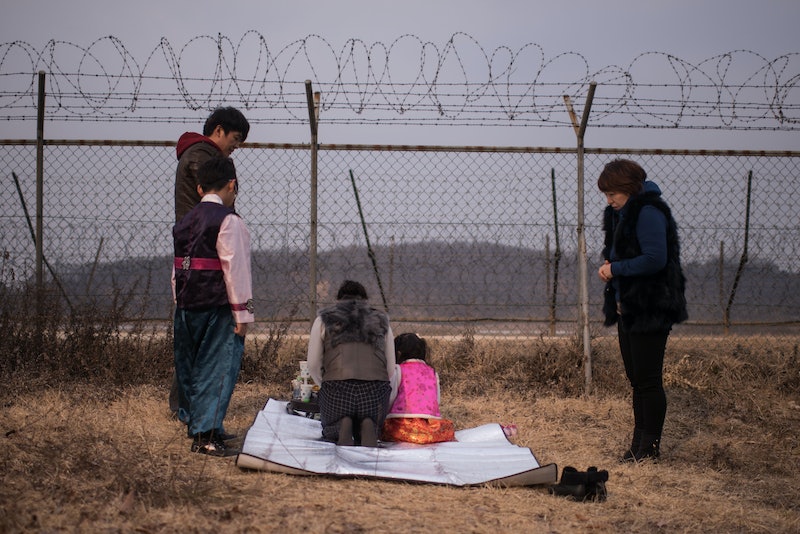 On March 16, 21-year-old American student Otto Warmbier was sentenced by the North Korean Supreme Court to serve 15 years of hard labor in the country. The New York Times reported that Warmbier, a college student at the University of Virginia, traveled to North Korea as part of a tour group. While staying in a hotel in the North Korean capital of Pyongyang, Warmbier attempted to steal a poster featuring political propaganda. He was detained on Jan. 2, and the trial that convicted him lasted all of one hour, according to The New York Times. For the simple crime of taking a poster from a hotel, why was Warmbier sentenced to hard labor?

Warmbier's harsh sentence reflects two things: North Korea's highly inimical relationship with the U.S., and its general trend of severity toward even slight showings of political dissidence. A little history: Korea was split into north and south after World War II. Soviets controlled the north and the U.S. the south, until each side developed its own government. But both wanted full control of the other. That fight for control led to the Korean War during the 1950's. The U.S. joined the fight with South Korea. Nobody won, and the territory remained divided.

Since then, North Korea has fostered a political climate of fierce anti-American sentiment and intolerance of any signs of disloyalty toward its own government. The Daily Mail reported on the intense anti-American propaganda that North Korean students are exposed to beginning in kindergarten, and perpetuating the image of America as an evil enemy out to get North Korea was a component of Warmbier's arrest. The New York Times reported that state news media claimed Warmbier was aiming to "[bring] down the foundation of [North Korea's] single-minded unity." The charges against him said Warmbier was working in collusion with the C.I.A. and a "secretive" American university.

When considering the harshness of this sentence, we can't overlook the severity with which North Koreans who show any sign (real or merely perceived) of dissatisfaction with the nation's government are treated. According to a UN special report, "The key to the political system is the vast political and security apparatus that strategically uses surveillance, coercion, fear and punishment to preclude the expression of any dissent. Public executions and enforced disappearance to political prison camps serve as the ultimate means to terrorise the population into submission."

The UN reported that there are believed to be between 80,000 and 120,000 political prisoners in North Korea. Defectors and former prisoners report rape, torture, malnutrition, beatings, and murder to be commonplace within the political prisons. Some of these prisoners may not even be there because of supposedly criminal acts. An escapee of one of the camps told Anderson Cooper in a 2013 interview that the the country sometimes enacts a "three generations of punishment" policy, which dictates that three generations of descendants of those convicted of crimes will be imprisoned for life.

Chairman of the North Korean Freedom Coalition Suzanne Scholte said that Warmbier isn't likely to see the harshest conditions that many North Korean prisoners have said they experienced or witnessed in labor camps, since the country denies the existence of such harsh conditions and Warmbier would bring them into the spotlight. But giving him a harsh sentence was an easy way for the North Korean government to enforce its anti-American message as well as remind its citizens (who probably need no reminding) that no sign of dissidence will be taken lightly.