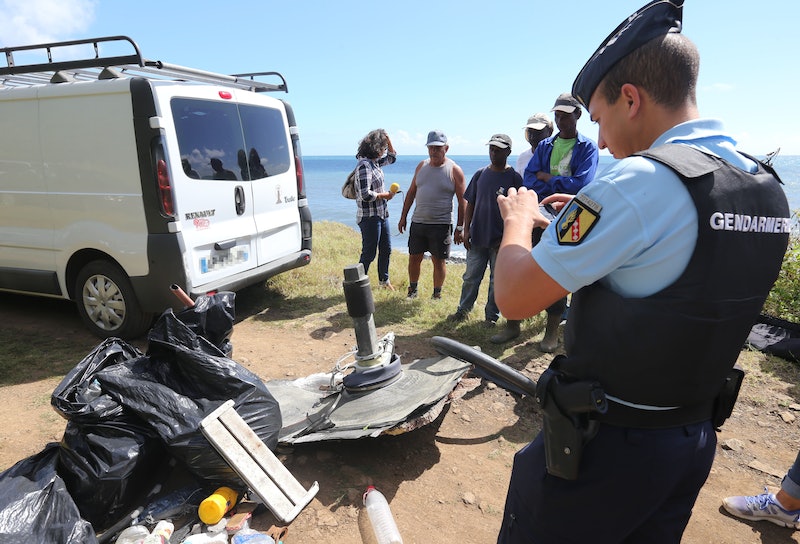 According to Australian officials, an investigation has all but confirmed that two pieces of debris recovered in Mozambique in recent months are in fact remains of Malaysian Airlines flight MH370, which disappeared more than two years ago. Australia's minister for infrastructure and transport, Darren Chester, confirmed the news in a statement: "The analysis has concluded the debris is almost certainly from MH370."

One piece of debris was discovered by a South African family in Mozambique back in December. Another piece was discovered in February by an American investigator. The debris was sent to Australia earlier this month to be examined, as Malaysian officials have asked the Australian Transport Safety Bureau to oversee the search for the missing flight.

As a refresher, MH370 disappeared in March of 2014 with 239 people on board. The flight was headed from Kuala Lumpur, Malaysia to Beijing, China when it lost contact with air traffic control less than an hour after takeoff. The search has continued throughout the years since the plane vanished, but all passengers and crew have been presumed dead, and researchers have proposed that the plane crashed into the Indian Ocean.

This new development only seems to further confirm that theory. Chester noted that the discovery of the debris on the East Coast of Africa is "consistent with drift modeling" and "further affirms our search efforts in the southern Indian Ocean." According to the investigation team, the debris is consistent with panels from a Malaysian Airlines Boeing 777 aircraft, the type of plane MH370 was.

The Malaysian government is working to arrange for examination of a third piece of debris. That piece is currently in South Africa, where it was found. If it is indeed connected to MH370, it's expected that the debris came from the engine of the plane. Last year, a piece of debris found on Reunion Island, which is located off the coast of Africa in the Indian Ocean, was confirmed as a wing fragment from MH370. It seems possible that more fragments could continue to wash up on the beaches of Eastern Africa if the plane did go down in the Indian Ocean. For now, though, the search continues.