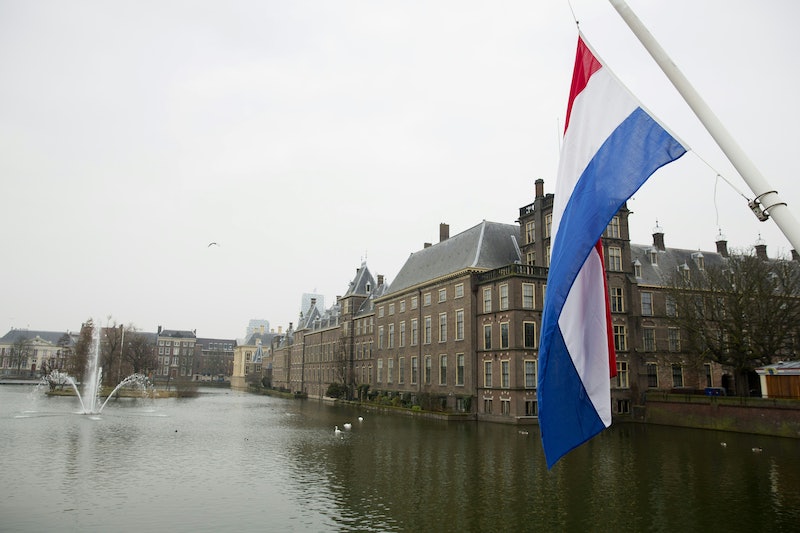 Belgian police continue a manhunt Thursday for suspects wanted in connection with the Brussels terrorist attacks Tuesday that killed at least 31 people and have underscored Europe's lack of cooperation in fighting terrorism — as well as security and intelligence shortcomings. In addition to a changing narrative in the news media regarding the total number of suspects and which played which roles in the attacks, criticism — particularly from Turkey — has pointed to some parts of Europe mishandling the worsening threat of homegrown terrorists.

In the diplomatic sphere, Turkey's president has alleged his country warned Belgium about one of the attacker's militant ties when the attacker was deported from Turkey in 2015. President Tayyip Erdogan said Wednesday that Brahim El Bakraoui, one of the two brothers involved in the attacks, was caught along the Syrian border in June of last year and was deported to the Netherlands. Erdogan claims both the Belgian and Dutch governments were made aware. "Belgium ignored our warning that this person is a foreign fighter," Erdogan said.

The identities of the airport security bombers was revised Wednesday as well. Prior reports said that alleged ISIS bomb maker Najim Laachraoui had fled the airport and was on the run, European officials have now confirmed Laachraoui was the second Brussels airport suicide bomber. DNA collected from remains at the airport were shown to match Laachraoui, the Associated Press reported. This means in the airport CCTV photo Laachraoui is actually the man on the left dressed in black — not the man in the white coat on the right.

The identity of the man on the right, the "third man" that fled the airport after planting a third bomb, remains unknown. The Belgian investigation Thursday has centered around finding him. He is seen in sunglasses, a hat, and a light colored coat pushing a luggage trolley into the airport with the Laachraoui and Brahim El Bakraoui. The bomb he carried was the largest one at the airport, but it did not detonate. CNN reported that officials believe his departure was planned — only the two dressed in black were meant to be suicide bombers.

Also Thursday morning, French and Belgian media reported that a second suspect may have taken part in the metro bombing and could be at large. That would bring the total number of suspected bombers to five. The reports from Belgian state broadcaster RTBF and France's Le Monde citing unnamed sources, say surveillance footage captured someone standing next to the other El Bakraoui brother, Khalid, in the metro system. He was carrying a large bag. It is not clear whether he was killed in the attacks. These reports have yet to be confirmed by officials.

More evidence has continued to be gathered. A large nail bomb was found thanks to a tip from the taxi driver that unknowingly delivered the attackers to the airport. The driver picked up the three attackers at a safe house in the northeast Brussels neighborhood of Schaerbeek. Also found at the house were bomb making materials including 33 pounds of TATP explosives and an ISIS flag.

Potentially a mix-up by the taxi dispatcher limited the destruction at the airport. According to one Belgian paper, the attackers had requested a minivan pick them up. When the small taxi showed up, not all of the four explosive-packed bags would fit in the trunk and one was left behind.

The Brussels and Paris attacks are now clearly linked. Laachraoui's involvement as a suicide attacker cements a tie between the Paris attackers in November and the ISIS cell that carried out the attack in Brussels. He was already Europe's most wanted terrorist as of Monday when police identified him as a suspect in the Paris attacks. His DNA was found on all the suicide belts used in the Paris attacks as well as in the house where the bombs are thought to have been made.

There's mounting that the arrest of Salah Abdeslam, one of the Paris attackers, on Friday may have moved up the attacker's timetable. Prosecutor Frederic Van Leeuw said the investigation has shown a sense of panic among the attackers leading up to the attacks. Police found a laptop in the garbage on a street near the El Bakraouis' last known address with a note thought to be written by Brahim saved in it. He spoke of a fear of arrest after Abdeslam was captured. "I don't know what to do, I'm in a hurry, people are looking for me everywhere," the note said.

On Thursday, Abdeslam claimed not to have known about the Brussels attacks through his lawyer. The 26-year-old French citizen also changed his mind about extradition to France. His lawyer said he "wishes to leave for France as quickly as possible" to "explain himself in France." He had previously tried to fight extradition. His lawyer said he has been cooperating with the police.

European justice and interior ministers are to meet Thursday in Brussels to fast track legislation that would help fight terrorism. Some of the proposals include beefing up the European Union's external borders and requiring airlines to hand over passenger information to the government. The ministers will also discuss "the actual state of play in the fight against terrorism" on the continent.

At least 31 people died in the attacks Tuesday and about 300 people of more than 40 nationalities were injured. Of the 300 injured, 61 remain in critical condition. The majority of those killed were at the metro station near the main European Union institutions in Brussels. European officials have ramped up security in public transit hubs, train stations, and airports. U.S. cities have also taken extra precautions. The U.S. State Department has released a blanket travel warning for Europe citing the likelihood of further attacks.