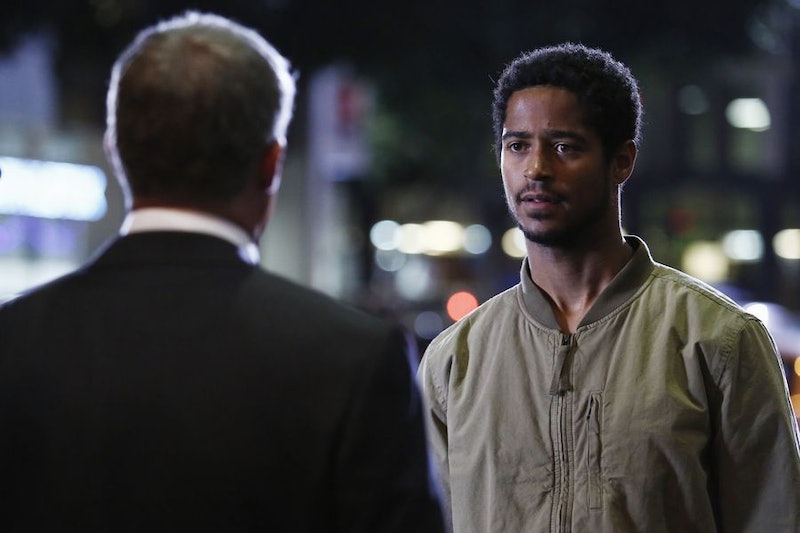 If you're having a hard time recovering from the whirlwind that was the How To Get Away With Murder Season 2 finale, then let me assure you that you are not alone in the struggle. Not only do we have no idea where Frank is, but now there's also the murder of Wallace to grapple with. Who killed him and why? How will this death impact Wes moving forward? These are questions that How To Get Away With Murder Season 3 will undoubtedly aim to answer, but in the meantime, that leaves us viewers free to let our imaginations run wild and even contemplate our own possible HTGAWM Season 3 theories.

After all, what better way is there to fill that Thursday night void in our hearts than by obsessing over every little detail that the finale delivered? (You have to admit that Annalise would definitely approve of our level of dedication.) And given that HTGAWM fans are particularly clever, there are plenty of interesting theories floating around that are more than worthy of considering. From Who Shot Wallace? to Where Is Frank? and everything in-between, these predictions will help make this summer long hiatus seem a little more bearable. Check out the round-up of theories below and just take comfort in knowing that we're all in this together.

That certainly seems to be who the show wants you to think did it, though, that probably means that he's completely innocent for once.

Some Are Suspicious Of Nate

It wouldn't be the first time he's gone rogue from his official police duties.

Others Think Eve Could Be The Perpetrator

OK, so by others, I really mean me, for this one. I just find it very interesting that Eve left to go back to New York City and then later that day Wallace is killed. Eve was there Annalise during that case, so if she found that Wallace was responsible for killing Annalise's baby, she may have taken it upon herself to see that justice was served.

Some Think Oliver Isn't As He Seems

Hey, it would certainly help to explain why he sabotaged Conor's acceptance to Stanford.

I approve of this theory.

But would this mean we'd have two murderers on our hands rather than just one?

Some Think A Hitman Was Involved In Wallace's Murder

@OlivePopcorn posted a theory in the comments section of Entertainment Weekly, which I found to be a really interesting take on the matter and reads as follows:

Frank took his suitcase of money (blood money for baby Sam as it turned out and which guilt never allowed him to spend) and now he brings things full circle using that same money to place the hit on Maloney. Ridding himself of the money and the guilt over Annalise.

After all, we know that Frank is more than capable of murdering someone, but that doesn't mean he necessarily pulled this trigger. Perhaps he just set the wheels in motion while keeping the actual blood off of his hands.

If you recall, at one point in the episode Annalise told Bonnie that Frank "needs to go." That seems like a curious statement to make and doesn't necessarily mean that he needs to be fired. It almost sounds as though she wants him taken care of mob-style. But maybe Annalise was just speaking out of anger and didn't really mean it... right???

Either way, we clearly have a lot to think about before September rolls around. God speed!