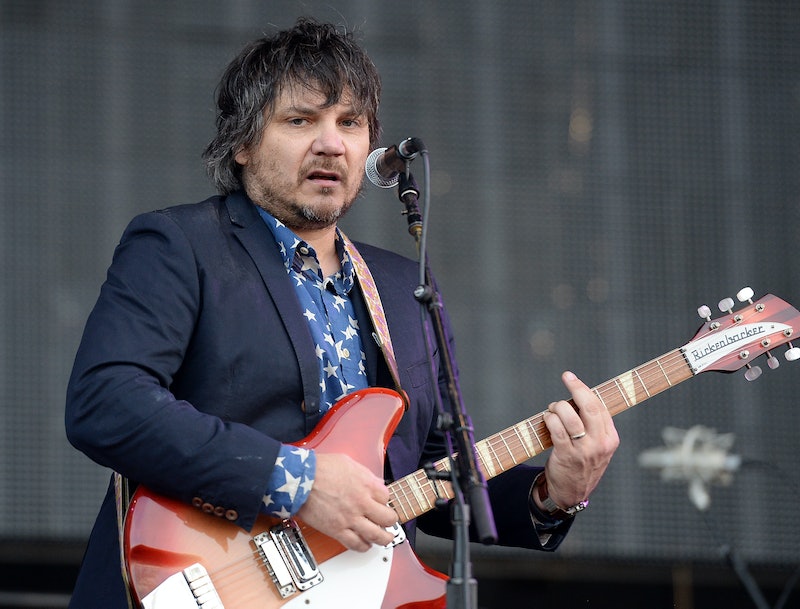 In terms of great musical guests, Parks & Recreation really wins at, like, life with this one: According to Vulture, Parks & Recreation will welcome Wilco's Jeff Tweedy as a guest star at some point this spring when the show returns for the remainder of its sixth season. After all of the grim news surrounding this show recently — the departure of Chris and Ann for good, and some MONSTER stealing the Ben and Leslie's love lock from the Pont Neuf bridge in Paris to name a couple — it's nice to just hear something good about this wonderful little show.

Tweedy will reportedly portray the frontman of a fictional band called Land Ho! (apparently, the name was Tweedy's idea) that was popular in Indiana a few years prior. "Leslie (Amy Poehler) and Andy (Chris Pratt) are trying to convince him to reunite for the big Unity Concert they are organizing to solidify the merger of Pawnee and Eagleton," showrunner Mike Schur shared with EW. Apparently, Tweedy doesn't want to participate, hence the issue — but, of course, Leslie has a history of getting her way...a lot...so it's probable he'll be changing his mind by the episode's end.

No word on when Tweedy's episode will air, but the show itself is set to return to NBC after the Olympics on Feb. 27.