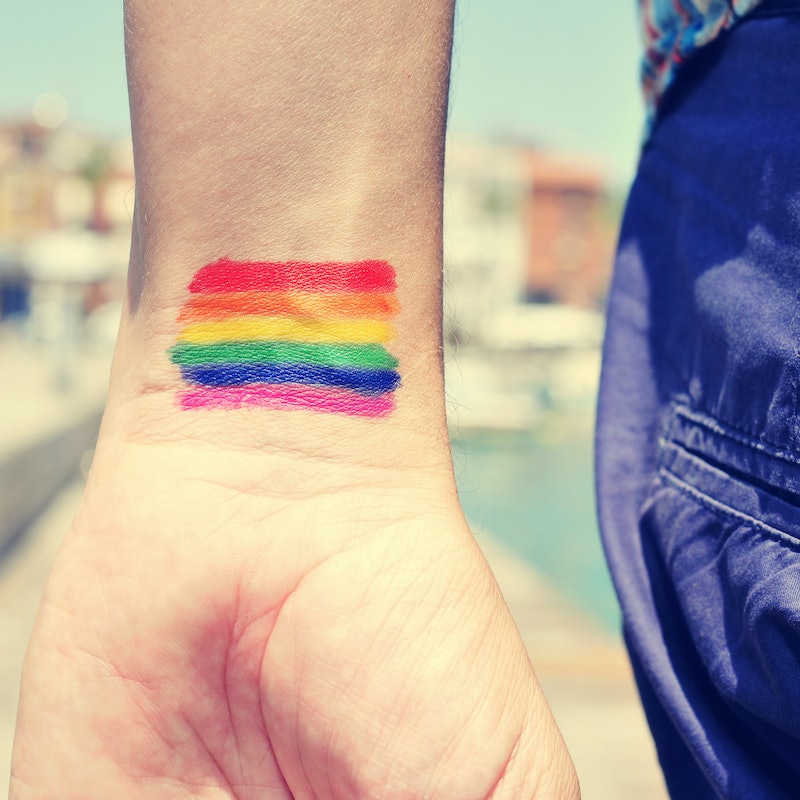 It's a well-documented fact in the United States that the LGBTQ+ population suffers higher rates of mental health struggles, like anxiety and depression, than straight people. But now, Brits are getting a large-scale study of queer mental health across the pond that reflects — shocker — the exact same findings. In a meta-analysis of several different studies, research published in BMC Psychiatry found that 26.2 percent of lesbian and gay people, 34 percent of bisexual people, and 23.8 percent of people who self-identified their sexual orientation as "other" reported experiencing symptoms of common mental health issues. By comparison, only 16.8 percent of straight people did.

The news obviously doesn't come as a surprise to British researchers, but it's significant, because most of the data related to mental health in the queer population comes from the United States, as Dr. Joanna Semlyen of London Metropolitan University pointed out to BuzzFeed.

We know that familial rejection, social isolation, and a lack of support has damaging and even traumatizing effects on anyone's mental health. Queer folks, as members of a highly ostracized sexual minority, are much more likely to suffer rejection and isolation, leading to the lack of support that completes the trifecta of mental strife.

The good news is that the solution is quite simple: de-legislating LGBTQ+ discrimination, improving queer representation in the media, mainstreaming queer identity, and accepting queer folks as readily as we do straight, cisgender folks as a "normal" contingent of society. Dinesh Bhugra, a professor of mental health and diversity at King’s College London, told BuzzFeed about some particularly encouraging research:

It's heartbreaking to know that there's such an easy fix to improve the mental health of so many queer folks who are suffering, but that the fight to oppress, marginalize, and dehumanize them continues.

Get more of Bustle's LGBTQ+ news: