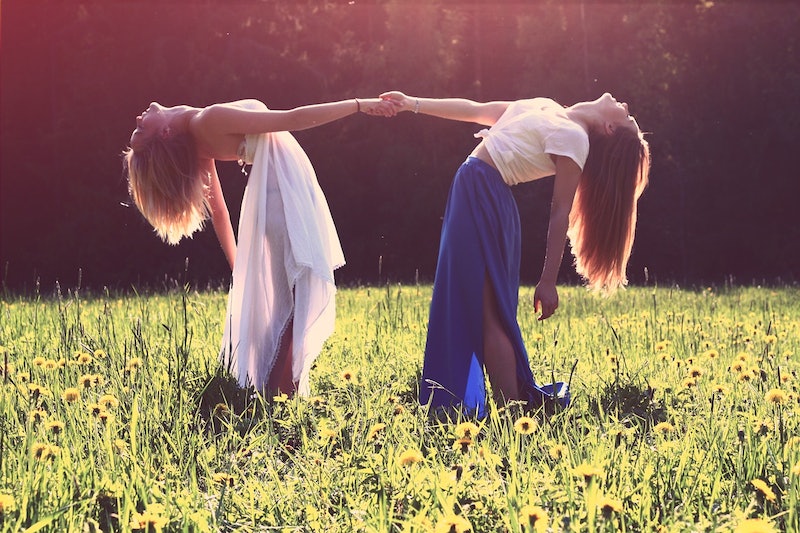 Once upon a time, a long, long time ago, I had this very awful friend. No, she didn’t physically harm me or steal from me. However, her complete lack of trustworthiness made her monster-like in my mind. I should have taken closer note of signs you can’t trust a friend back then, but instead I ignored it until she ended up scorning me countless times with seemingly millions of lies, never-ending gossip, and constant secret-spilling. I’m not exaggerating when I say aspects about our friendship would literally give me nightmares. Needless to say, we are no longer friends.

By definition, trust is a belief that someone or something is reliable, good, honest, effective, etc., according to Merriam-Webster. I think it’s safe it say it’s expected that if you’re in a close relationship with someone — whether that be a simple friendship or a romantic relationship — that there will be an aspect of trust between you and the other person. However, if trust is difficult to build with this individual, or they have lost your trust through some of their actions, it can feel pretty terribly. In these situations we’re often left with just two options: End the relationship, or put in the work to make it better. Sometimes all it takes is for us to stop and realize there is a problem brewing, and once we’ve come to terms with that realization, we’re ready to take that necessary action. Here are seven signs you can’t trust a friend and what to do about it.

1. You Can’t Depend On Them Regularly

Per the definition of trust, if you can’t rely on a friend their trustworthiness factor diminishes. Think closely about it — is your friend in question the type that’s there for you when you need it? If they promise you something, do they follow through on that promise? Dependability is vital in a friendship that has sound trust, according to the Stanford Encyclopedia of Philosophy. You want to be able to depend on people for all sorts of needs, like love and advice, the outlet said. Trust in someone means we ultimately feel the person will pull through for us if we need them, the outlet added, so if we don’t feel like we could depend on them to do so, that notion of trust flies right out the window.

If you’re in romantic relationship with someone, you know there is a need for compromise to make it work. The same goes for relationships with friends. According to John Gottman, author of The Science Of Trust, trust is built slowly over time as people begin to compromise — slowly putting the other person’s happiness ahead of their own.

3. Their Behavior Tends To Be Inconsistent

It’s hard to find someone particularly reliable when their behavior is erratic. Considering the importance of reliability in being thought of as trustworthy, those who tend to be inconsistent might also be those who we can’t fully seem to trust. According to Forbes, when someone is consistent, your relationship with them begins to feel natural, and people start to gravitate to them as someone who they can trust.

Last point on reliability, but one certainly worth mentioning — the ability to make and keep plans. When you have a friend who religiously bails on plans, leaving you alone and waiting for them, slowly your sense of trust for that person begins to lessen, according to Psychologium.com, an everyday psychology resource website. The outlet noted those who are trustworthy rarely act in this way, and rather are not the type to cancel plans (unless something very serious comes up, of course).

I’ve always had the sneaky suspicion that when a friend talks a great deal about other friends back their backs, likely that same friend is talking a great deal about me when I’m not there as well. That said I’ve never felt like I could trust gossipers. According to LovePanky.com, this is truly a way to tell if some can or cannot be trusted. Rather, trustworthy friends won’t be found regularly gossiping about other people, and will instead be talking about meaningful, more intelligent topics, the outlet added. The same goes for those gossipers who always have the insider scoop on everyone’s lives — chances might be those things she’s slipping to you over lunch are supposed to be confidential. If the friend is spilling the beans on someone else’s secrets, he or she might be doing the same when you tell them something in secrecy — I’ve figured this out firsthand, and it totally sucks.

6. They Flirt With Your SO

I would say that was something we all learned in Friendship 101: Never cross the line with a friend’s significant other. Essence noted no real friend should ever be flirting or messing around with your partner — no ands, ifs, or buts about it. Your SO should be off limits, and if you feel your friend is tiptoeing too close to that line, your trust in them is likely going to sink fast.

7. They’re Dishonest Most Of The Time

OK, I know this is an incredibly obvious point, but it’s the most important one of all. Honesty is key to trust, so if your friend is someone who lies a lot, and you know they lie a lot, how can they realistically fully be trusted? There’s just no way. You might find that these dishonest people lie about even the most mundane things, like that they drank coffee this morning when they really didn’t. The lies could be endless. According to Huffington Post, everybody lies from time to time — it’s just the way it is. However, when a friend is constantly lying to you, it puts a strain on the trust, especially when the lies are way bigger than little white ones (is it weird that I’d rather a friend tell me she likes my new haircut than be honest and say she hates it?). Determine the severity of the lies you’re encountering from this friend, and if they’re substantial, let’s talk taking action.

If you feel you’re having a difficult time trusting a friend, one clear option is to cut them out. However, if you want to try to maintain the friendship, About.com suggested sitting down and speaking to him or her and letting them know that their behavior won’t be tolerated any longer in your friendship. By being open and honest with them, the outlet said, you can set clear boundaries on what things will and won’t fly in your relationship. Keep in mind that even after speaking to the friend about your trust issues, you must be patient as — depending on his or her offenses — it may take a while to build the trust up. During that waiting period, About.com suggested keeping the friend at an arm’s distance.

If the signs discussed here remind you of a particular friend (or more), you should consider taking action of some kind. By weighing whether you’d like to maintain the friendship or cut them lose, you can figure out how to approach the situation and might ultimately feel a lot happier that you decided to clear the air.