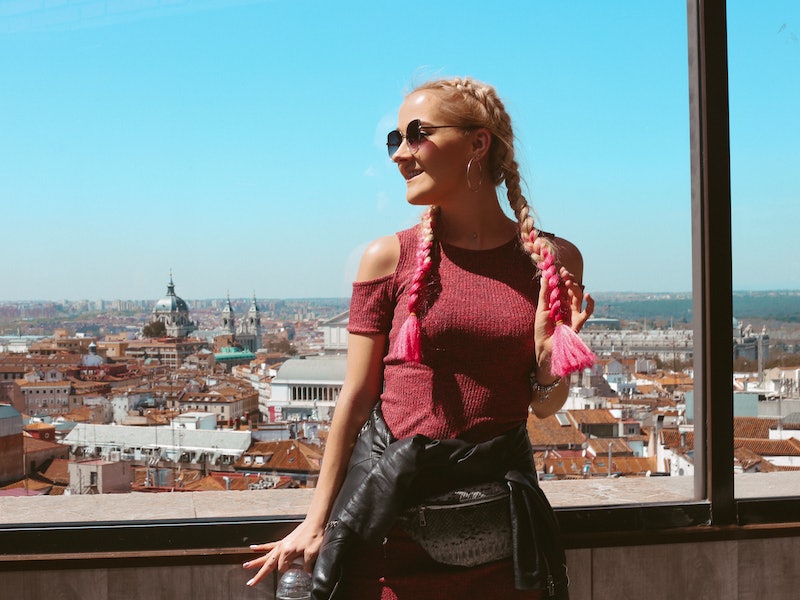 A simple compliment has the ability to make someone's day. Unfortunately, when you're a woman, praise tends to center around one thing: Your looks. Although it's certainly nice to have our devilishly good looks recognized, women rarely receive compliments that aren't about appearance. Of course, this isn't the fault of compliment-givers, who are probably just trying to brighten someone's day; rather, it's the result of living in a society that prizes women's appearances above all else.

Starting from birth, there's a sharp division in the kind of praise boys and girls receive. Study after study shows that adults tend to compliment boys on a variety of factors — intelligence, ability, work ethic, and so on — while girls are almost exclusively praised for their looks. Throughout our lives, this dichotomy informs our interactions with each other as well as our own identities; as Lisa Bloom wrote for the Huffington Post, "Teaching girls that their appearance is the first thing you notice tells them that looks are more important than anything."

When appearance is the only attribute that regularly garners approval, we learn to equate our bodies with self-worth, and that's a problem. Needless to say, the cultural obsession with women's looks is a hugely important factor in developing and perpetuating gender stereotypes, not to mention devaluing women's intelligence, ambitions, and personalities — you know, the stuff that makes us people rather than sex objects. This isn't to say that complimenting a woman's appearance is off-limits, or that we're the only ones tired of hearing about how hot we look when we're so much more than our sex appeal. However, centuries of emphasizing women's looks over all else makes it especially important to recognize other our attributes.

So next time you feel the urge to compliment a lady on her fabulous hair, go for it — but she would probably appreciate a compliment about her stellar work performance just as much, if not more. Let's take a look at seven alternatives to praising women's appearances below.

Enough with the stereotype that women aren't funny — we are, and it's time to recognize that most women have amazing senses of humor. (Especially if you're named Amy.)

It's no secret that being an ambitious woman ain't easy; we're taught from day one to sit down, be quiet, and look pretty. What's seen as desirable in men is considered "bossy" in women, and as a result, most career-oriented women are unused to hearing positive things about their ambition. Simply recognizing that they're allowed to put their career first, and that it's a good thing, is probably enough to make any woman's week.

This kind of compliment is guaranteed to make someone's day, and all it takes is letting them know you enjoy their company.

Admittedly, this veers pretty close to complimenting someone's appearance, but style and sex appeal are very different things. Fashion requires a huge amount of creativity, so if one of your friends is consistently killing the style game, there's nothing wrong with recognizing her efforts.

5. "You're The Ann Perkins To My Leslie Knope."

It's the compliment to end all compliments: Comparing your friendship to the greatest fictional BFFs of all time.

Although this isn't a compliment so much as just being a good friend, society teaches us to spend most of our time judging each other — especially other women. A statement of support, no matter what decision she's making, can go a long way.

In the end, it's not exactly rocket science. Compliment women on the things that deserve compliments: Intelligence, personalities, passions, and everything else that makes us individuals.

More like this
Beyoncé & Madonna’s “Break My Soul” Remix Honors A Group Of Black Icons
By Stephanie Topacio Long
The Best Time To Date After A Breakup, According To Experts
By Bustle Editors
20 Things You Should Never Tolerate In A Relationship
By Rachel Sanoff and Kathleen Ferraro
12 Ways You're Sabotaging Your Love Life
By Teresa Newsome and Lexi Inks
Get Even More From Bustle — Sign Up For The Newsletter