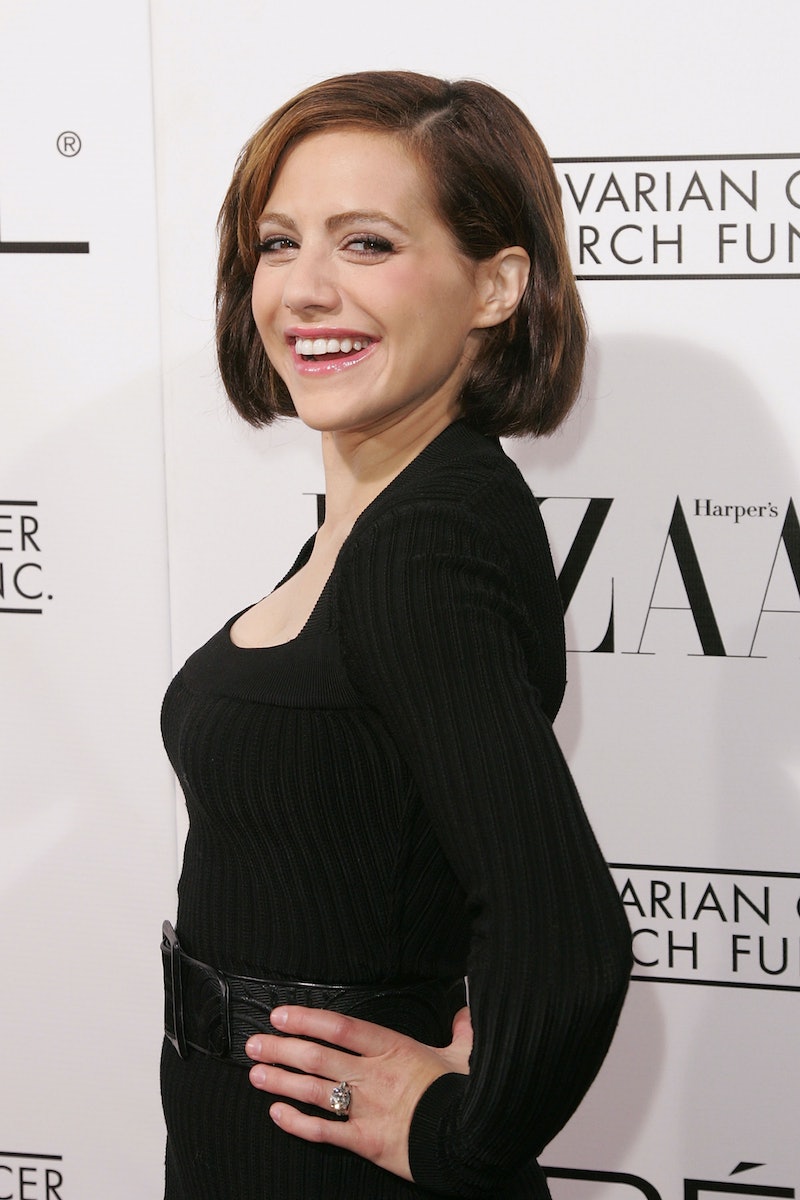 It's been just over six years since actress Brittany Murphy passed away at the age of 32 from what was ruled an "accidental death." Reports at the time stated that Murphy suffered cardiac arrest due to a combination of anemia, pneumonia, and a mixture of legal, over-the-counter cold medications. Now, though, Los Angeles County Assistant Chief Coroner Ed Winter confirmed to Us Weekly that, under the right conditions, the case could be reopened and Murphy's death could be reinvestigated as a murder.

This comes as no surprise considering the Clueless actress' death spawned a mass of conspiracy theories after her husband, English screenwriter Simon Monjack, died five months after Murphy passed away, from "acute pneumonia and anemia" — just like Murphy. In 2013, Murphy's estranged father Angelo Bertolotti even tested Murphy's hair samples at a private lab, and reported to outlets such ABC News (who also obtained copies of the results) that the test indicated "abnormally high levels" of more than 10 heavy metals in Murphy's system — including barium, which is usually found in rat poison. Bertolotti claimed this could mean Murphy and Monjack were poisoned.

Now, Winter has spoken to E! about the possibility of Murphy's case being reopened and what conditions would need to be met for the death to be reinvestigated, this time as a murder.

"We would have to have direct evidence. In all honesty, it would take something like a confession,” he said, according to E! News. “Something connecting somebody with it." He continued:

If the police wanted to conduct an investigation or if somebody came to us and said, "This is the following circumstances, did you guys find this or this?" then we would contact the law enforcement agency also and say, "The family or somebody came and said that somebody confessed to actually putting some sort of poison in her food." (For now) we have no plans on reopening the case.

On his part, Winter said he has remained skeptical of the conspiracy theories put forward about Murphy's death for years. On Bertolotti's discovery of the levels of metal in Murphy's body, Winter put forward a possible explanation to Us:

One of the things that was found in the other private test was the fact that there were some heavy metals found in the test and those metals are attributed to people that dye their hair, and if you dye your hair you’re going to have heavy metals there. It was not at the level that would warrant reopening the case because Brittany did dye her hair.

Still, not everyone shares Winter's skepticism. Also according to E! News, forensic pathologist Cyril Wecht explained how the University of Pittsburgh would have handled the investigation:

I would have checked to see if the private lab results were valid and, if they could be corroborated and analyzed, whether there was exposure, and where did the exposure come from. You have two people — a husband and a wife — dying within five months of each other. And, not engaging in any wild speculation, with two young people dying five months apart, you've got to check it out, and I still don't know what happened.

While the police have made it clear that the investigation is unlikely to be reopened, perhaps the renewed attention on the case may prompt new evidence to come to light.