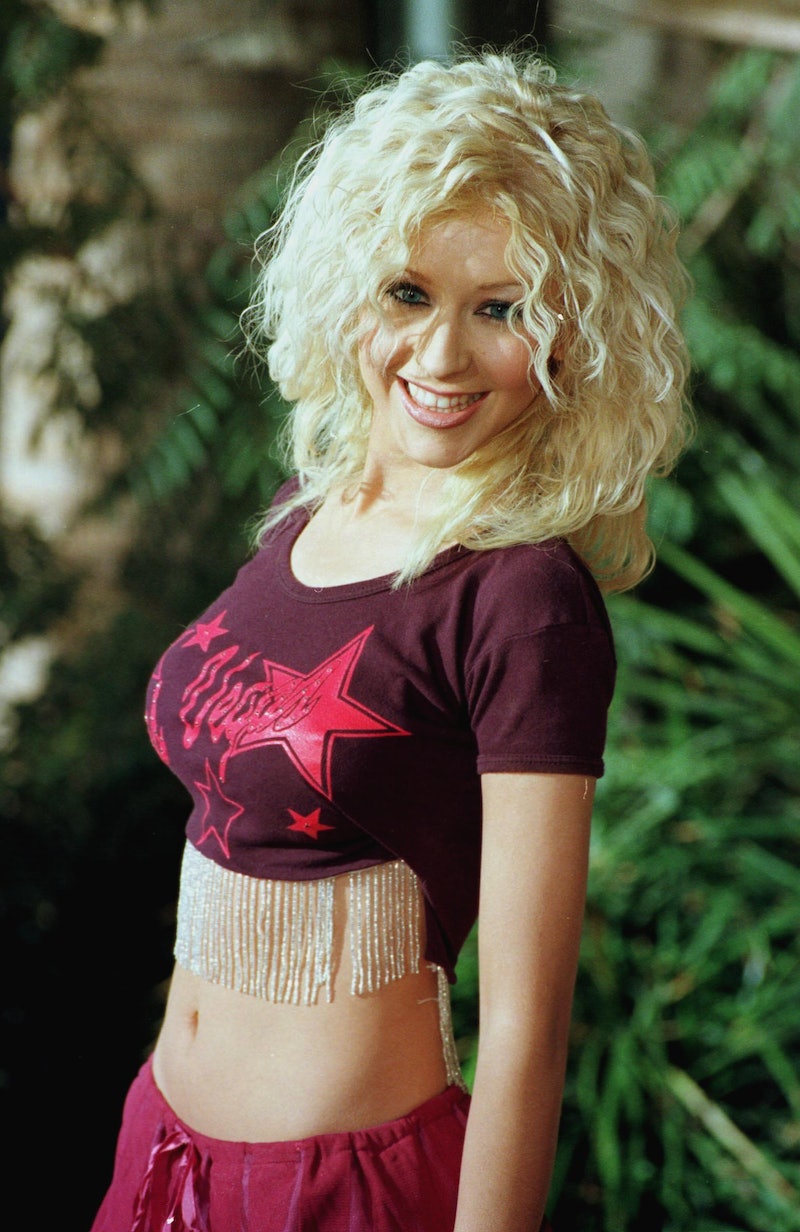 The evolution of hair trends has come a very long way in recent decades. Today may be all about lengthy lobs and blunt bobs, but back in the '90s, crimped hair and choppy cuts were all the rage. If you were made in the '90s, then you definitely grew up looking to iconic style stars such as Mariah Carey, Gwen Stefani, and Melissa Joan Hart, for the 411 on all the It-hair looks of the season, and they pretty much defined the hairstyles you had in the '90s.

Just like the fashion of the era, '90s beauty trends were characterized by fun, versatile looks that didn't shy away from being too over-the-top or out-of-the-box. All types of quirky accessories made their way to the manes of Hollywood's elite, including butterfly clips, oversized scrunchies, and just about anything else you could imagine. That's because the '90s were all about wild hair experimentation, and that is what makes it the most fun decade in beauty history.

Who could forget about the infamous Rachel haircut? You know, that textured style with asymmetrical pieces that became Jennifer Aniston's signature look during her time on Friends. And what about those braided pigtails with the pom poms that Britney Spears rocked in her debut video for Baby One More Time? These '90s hairstyles will remain iconic forever.

Let's get a little nostalgic and reminisce on all the hairstyles we had in '90s, shall we?

This trendy style was the hairstyle of the '90s.

You know you grew up in the '90s if you owned a snazzy hair crimper.

I believe I still have a few of these laying around in my drawers.

Remember these? They were like tiny little combs that stayed in your hair.

I tried to copy Topanga's hair on the regular.

Am I the only one who picked fresh daisies and stuck them in my hair because of Drew Barrymore?

This voluminous style was everything.

8. Half Crimped Half Straight

What were we thinking?!

Baby Spice was one of the greatest hair icons of the '90s.

More like this
5 Mini Skirt Outfits To Wear, Inspired By These Brave Souls
By Avery Matera
‘90s Streetwear Brands That Are Making A Major Comeback
By Dominique Norman
11 Trends From The ‘90s That Made You Feel So Cool
By Julie Sprankles
Remember These Ancient Pieces Of '90s Tech?
By Lucia Peters and Emma Carey
Get Even More From Bustle — Sign Up For The Newsletter