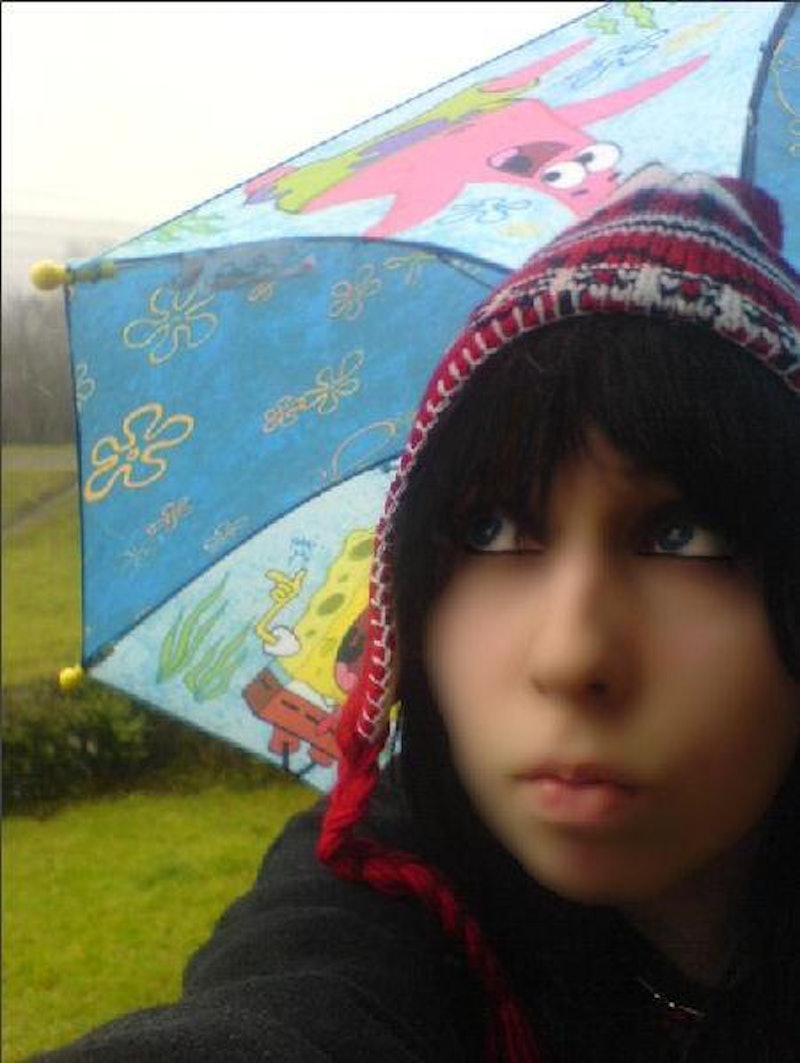 Despite teenage and childhood nostalgia being rife in the Millennial generation, scene kids and their style have been ignored for too long. Remembering all the things scene kids wore in the early 2000s is the greatest trip down memory lane. Although emo kids were way more well documented in the media — like when The Daily Mail called emo fashion an evil cult — scene kids were an equally prominent and memorable group of humans.

As a former emo and scene kid, I felt at the time that scene was just a brighter, more Internet-orientated evolution of the former. It was like a natural progression that took many teenagers from embracing their depression online to celebrating their childhoods and being silly. Emo was all about dark colors, studded belts, and skull-printed fingerless gloves. Scene was all about neon and bright hues, patterned skinny jeans, and wearing as much Hello Kitty merchandise as you possibly could.

Regardless of which online subculture you subscribed to, we can all at least laugh about things now and admit that we looked totally ridiculous. Fingers crossed that in 20 years, fast fashion won't be trying to sell us "scene kid revival," because I don't think I could cope with another generation committing the style sins of my youth. Here are 13 things most scene kids sported back in the day.

Often featuring some kind of cartoon character, these clips weren't actually used to clip any hair back, but to sit in a uniform line down the side of your bangs for fashion purposes.

Scene kids were nostalgic for the '90s before anyone else was. By wearing almost all of Claire's stock for children, we stayed in touch with our childhood and '90s cartoon icons like Care Bears or My Little Pony.

Don't get me wrong, I know this was a big thing for hipsters too. But the scene crowd definitely loved this look.

Also known as Kanye West glasses, wearing these was supposed to be ironic. (I'd also like to clarify that I was definitely joking in this picture.)

How were scene kids different from emos? Our band T-shirts were paired with an outfit that was bright and fun enough to make up for all the black.

These were so awful, plastic, and gross that they're probably my biggest regret in life.

You might have noticed already, but colored tights were a key part of any scene kid's wardrobe.

I actually still have a couple of pairs of these in my sock drawer, because they're super warm. If they're hidden by my outfit anyway, then I might as well wear them.

Mismatched Converse were a step away from emo-ness and an easy way to represent how "random" you were. My scene queen dream was to own every color of Converse sneaker available, so I could mix and match them to infinity.

Scene looks were all about the accessories, and the bigger your hair bow, the better.

OK, I couldn't fit into actual children's T-shirts because #breasts, but any T-shirt that looked like a child would wear it was the ultimate sartorial move.

From black and gray skinny jeans came colored and patterned skinny jeans. I even had an electric blue pair with purple lightning bolts on it, because why not?

Looking through this list of pictures — most of which are of my 15-year-old self — I don't feel especially ashamed or embarrassed about being a scene kid. In fact, I'm pretty impressed by how much and how long I committed to the style for. Who knows? If scene fashions do become on trend again, at least I'll have proof that I did it first and I did it well.

More like this
The 'Kenan & Kel' Reunion On 'SNL' Took A Dramatic Turn, Thanks To Keke Palmer
By Brad Witter
The First Trailer For 'That '90s Show' Includes So Many Nods To The Original Series
By Jack Irvin, Alyssa Lapid and Grace Wehniainen
Rita Ora’s Sheer Dress & Mermaid-Inspired Prosthetics Stun At British Fashion Awards
By Sophie McEvoy
Jillian Mercado On Representation In The Metaverse
By Erin Stovall
Get Even More From Bustle — Sign Up For The Newsletter