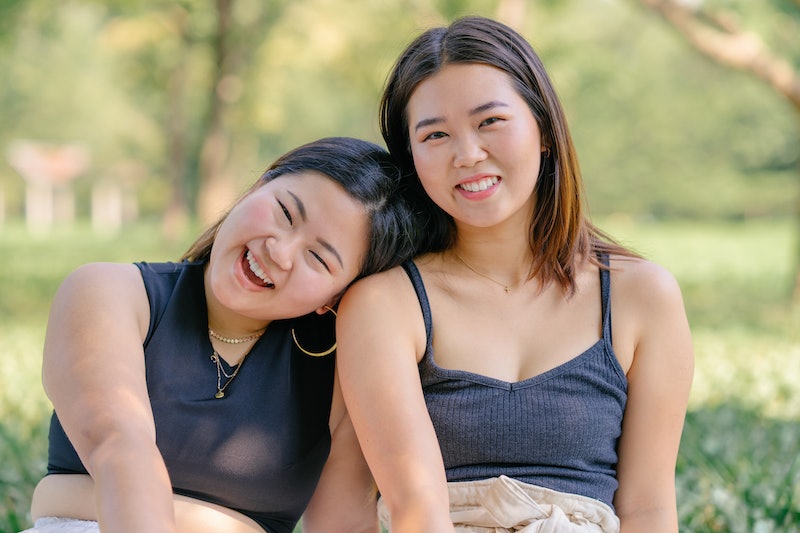 Some of the more paranoid (or more gullible) among us might be wondering why we celebrate April Fools' Day in the first place. There is no better way to kick off the spring season than pulling pranks on the people you love most, right? April Fools' Day has a rich history of silly shenanigans that we should all know more about. I mean, it's not just a day that was made for Jim and Dwight to punk each other at the Dunder Mifflin office — although it wouldn't feel right celebrating the Holy Day of Pranks without paying tribute to the two master nonsense-makers. It's a holiday that has been around for centuries, with mysterious origins, and has morphed into a day of pure silliness.

Probably the most amazing thing about April Fools' Day (aka All Fools' Day) though, is how it has remained a day of fun, without turning into a day of consumerism. Sure, major brands have been known to partake, which ultimately gets them media coverage from potential customers, but there's no "must-have" ways to spend money on April 1. And let's hope it stays that way forever.

Here are six fun facts about April Fools' Day that might just blow your mind, as told through the greatest pranks made by Jim and Dwight ever.

1. It may have been a French calendar error

Historians think that April Fools' Day was created due to a calendar error made by France, when in 1582, the country switched from the Julian calendar to the Gregorian calendar. This caused the celebration of New Year's Day to move from April 1 back to Jan. 1. And anyone who continued to celebrate the arrival of the new year at the beginning of April was labeled a fool.

2. England made it cool

While the origins of the holiday are still somewhat unknown, it IS known that England made April Fools' Day happen (unlike Gretchen Wiener's case for "fetch") in 1700, as a day for people to play pranks on each other. The tradition quickly gained popularity throughout the UK during the 18th century. Hey, people love to get their kicks!

3. In Scotland, it's all about the booty

The Scots, those jokesters, made April Fools' Day a two-day celebration, and the second day is called Tailie Day, when pranks involving people's butts are encouraged (enter "kick me" signs).

4. Some pranks truly fooled the masses

In 1957, BBC ran a story that farmers in Switzerland were having a record year with their spaghetti crops, and that noodles were growing on trees.

In 1996, Taco Bell released a full-page ad in several newspapers stating that it had purchased the Liberty Bell in Philly and was renaming it "The Taco Liberty Bell."

And in 1998, Burger King announced that it would be releasing a new burger called the "Left-Handed Whopper" specifically designed for all those poor lefties who had previously been unable to fully enjoy the classic Whopper. Because... sure?

5. Some pranks are still going strong

One classic prank has turned into a beloved tradition. Since 1986, a press release is created each year to promote the annual New York City April Fools' Day parade. There is no parade, but we're going on the 31st year of this nonexistent event.

6. You really can't trust anything on April 1

Every year, the pranks get more and more creative, leaving the population in a paranoid state at the start of April. So beware of engagement and pregnancy announcements on social media. Be wary of seemingly outlandish breaking news stories.

In fact, you might want to consider making your own prank on someone. Because isn't it better to be a Jim than a Dwight?

More like this
21 Galentine’s Day Memes To Celebrate Your Best Friends
By Meghan Bassett and Mia Mercado
8 Things You Can Do To Appreciate Lunar New Year
By Elizabeth Tsung
15 Black-Owned Liquor & Wine Brands To Add To Your Bar Cart
By Alexis Morillo
Dunkin’s Valentine’s Day Lineup Includes A Drink That Tastes Like Dessert
By Alexis Morillo
Get Even More From Bustle — Sign Up For The Newsletter
From hair trends to relationship advice, our daily newsletter has everything you need to sound like a person who’s on TikTok, even if you aren’t.