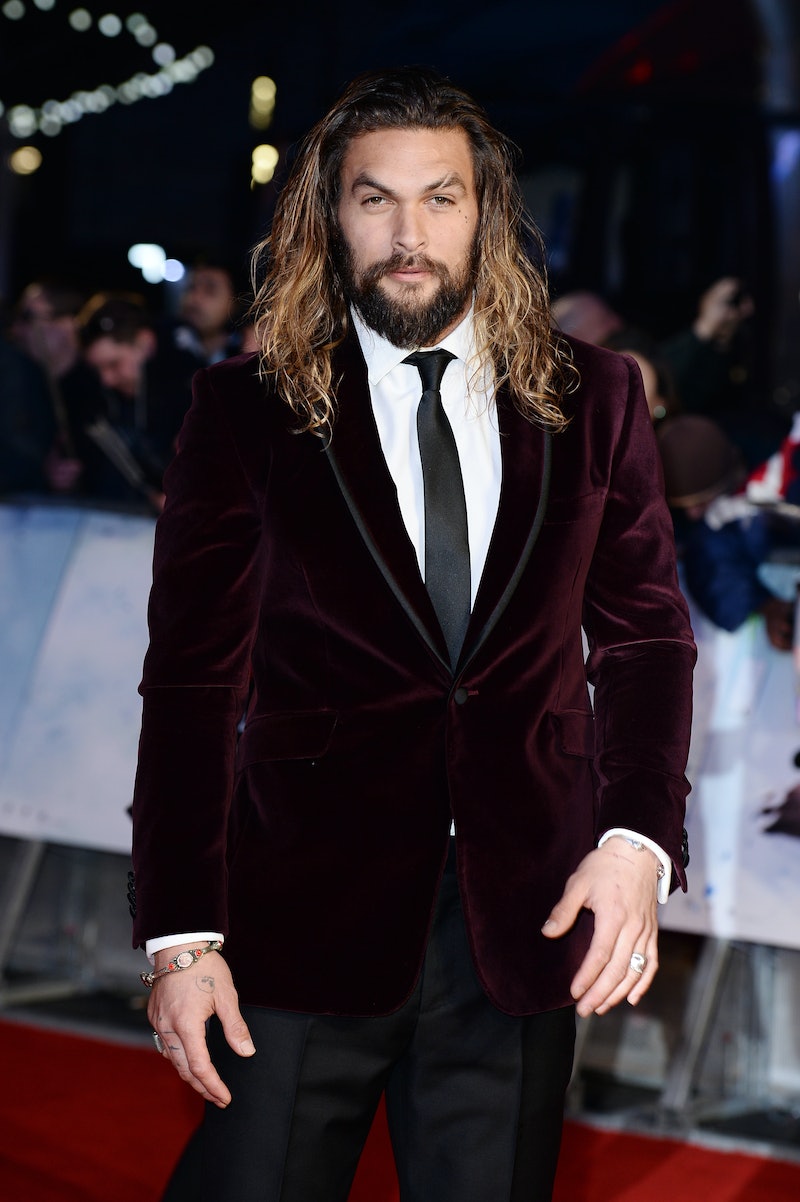 For each new incarnation of Superman, Batman, and Spider-Man that makes it into a new franchise, there are dozens more superheroes who wait on the sidelines for their turn. Aquaman has been one of those comic book characters — until now. Game Of Thrones actor Jason Momoa is the actor playing Aquaman in the current DC movie line-up, and he's exactly the kind of physically imposing, cool-as-hell actor that character needs to bring in an audience.

Superman is bulletproof. Batman is an eccentric billionaire with piles of fun toys. Spider-Man can swing around New York City like an urban Tarzan. Aquaman can talk to fish. In order to fit into the gritty, existentially challenging world of the 21st century DC Extended Universe, Aquaman has to be updated into a character that's, well, less lame than his history would suggest. Enter badass Jason Momoa, who is perfectly cast as Aquaman. OK, so Aquaman can do more than just talk to fish. The character is, as his name would suggest, perfectly at home under the sea. He can breathe underwater, exhibits superhuman strength, and of course, could teach Michael Phelps a thing or two about the side-stroke.

Maybe it's not Aquaman's fault that he hasn't been chosen until now to come up to the big leagues of modern superhero cinema, but regardless of why he's been ignored in the past, the casting of Jason Momoa gives him instant street cred. I know the actor best from his regal, too-short appearance as Khal Drogo in the first season of Game Of Thrones. As the Dothraki chieftain betrothed to Daenerys Targaryen, Momoa fit seamlessly into the Westeros aesthetic. He rocked Drogo's smokey eye and braided beard, and his Dothraki pronunciation was nothing less than toe-curling. Drogo and his Khaleesi: talk about a power couple.

The Hawaiian-born actor also led the 2011 Conan The Barbarian reboot and co-starred in the canceled SundanceTV drama The Red Road, among other projects. IMDB tells me that Momoa is 6'4" — his towering stature and intense stare are the stuff directors dream of for their warriors and heroes. Fans might have guessed he'd find his way into a super-suit eventually, though maybe not Aquaman's, specifically.

Batman v Superman audiences got the first taste of Momoa in action as Aquaman. The character appeared in a brief cameo, swimming through the wreckage of a sunken ship. He'll return in 2017 in Justice League Part One, with Aquaman's solo film hitting theaters in 2018. Batman v Superman director Zack Snyder shared the first image of Momoa in full Aquaman garb in February of last year, confirming that the classic green, orange, and yellow color scheme was scrapped for a metallic silver and gold ensemble that looks closer to armor than tights. This isn't your granddad's version of the watery hero.

For Momoa, there's cultural significance to Aquaman's inclusion in the Hollywood superhero boom. "Aquaman is especially cool because being a Kanaka Maoli—being Hawaiian—our Gods are Kanaloa and Maui, and the Earth is 71 percent water, so I get to represent that," the actor told The Daily Beast. "I’m someone who gets to represent all the islanders, not some blond-haired superhero. It’s cool that there’s a brown-skinned superhero.” And it's even cooler that Momoa is playing him.