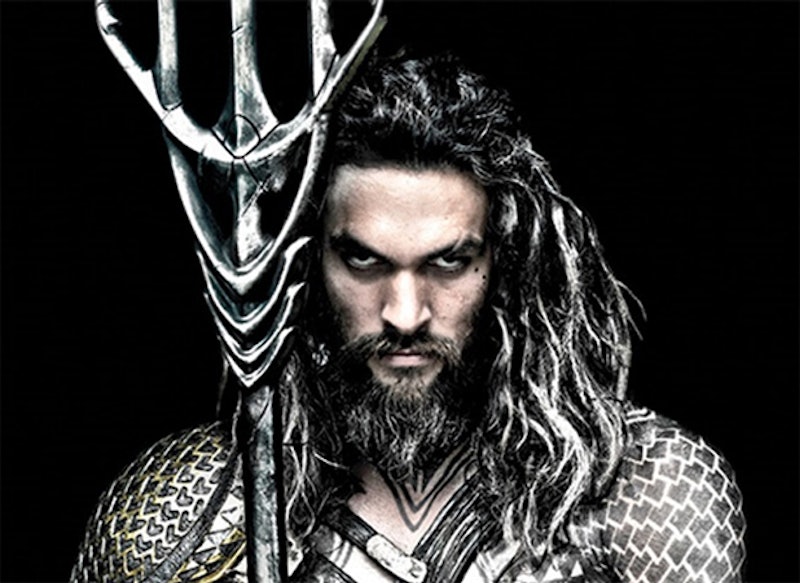 Batman v Superman: Dawn of Justice is hurtling toward theaters like a speeding bullet, and the most anticipated film of the year has box office records in its sights. Fans are psyched to finally see Batman and Superman not only share the big screen together for the first time, but also see them settle the age old debate over which of the iconic heroes would win in a fight. But Batman v Superman is only half the film's title; the other half is Dawn of Justice. That's because the film is going to set up The Justice League, meaning other heroes are sure to appear. It's already well-known that Wonder Woman makes her debut in the film, but is Aquaman in Batman v Superman , too?

Fear not, denizens of Atlantis. The King of the Seven Seas does indeed appear in Batman v Superman, and not only that, but he's played by Khal Drogo himself. Former Game of Thrones star Jason Momoa is bringing the aquatic superhero to life, so you can go ahead and forget about whatever Aquaman joke you were about to make. Momoa's presence almost immediately legitimizes the character, who has long been one of the most mocked superheroes, and he could change the way people view Aquaman forever. But what if you have no idea who this character even is to begin with?

Here's a little primer. First of all, Aquaman has been around forever, making his first comic book appearance in 1941. That's just three years after Superman debuted and two years after Batman, so the guy's got some history. Born the son of the Queen of Atlantis and a human lighthouse keeper, Aquaman (alias Arthur Curry) now rules over Atlantis himself. He can swim super fast, breathe underwater, control marine life, and he's incredibly strong and resistant to injury. He is a founding member of the Justice League in the comics, along with Batman and Superman, and has been a stalwart member of the team throughout its history. But what role will he play in Batman v Superman?

That's being kept under wraps. According to a Reddit user who claims to have seen the film, Aquaman only has a brief cameo in an underwater scene and is never seen or referenced again. This seems like a waste of a pretty-hyped cameo with a fairly well-known actor, so I would advise taking this spoiler with a grain of salt. Aquaman has a movie of his own coming out on July 27, 2018, and he'll be in the first Justice League movie before that, on November 17, 2017. So it stands to reason that whatever role he'll have in Batman v Superman will serve to introduce him to the audience to set up his return in The Justice League .

Aquaman is going to be in Batman v Superman: Dawn of Justice, and he's going to be played by Momoa. Beyond that, his role in the film is as mysterious as the ocean is deep.