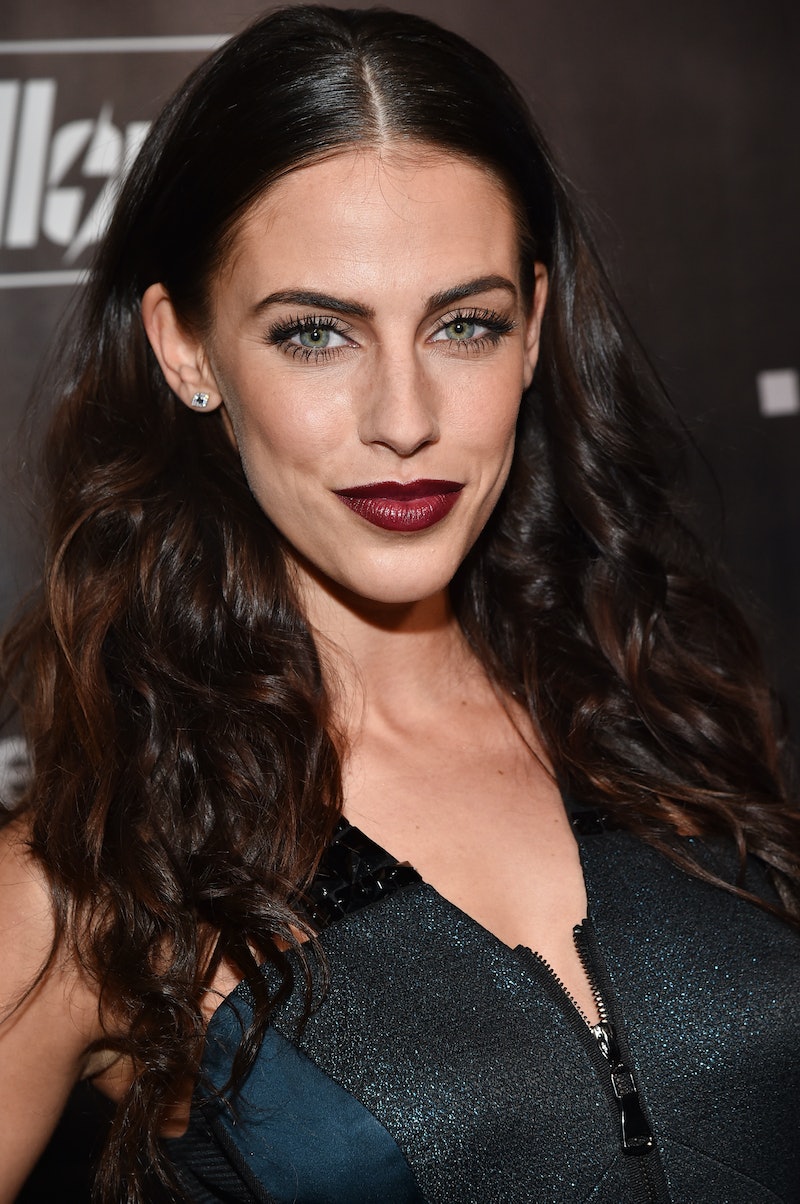 It's a few days before April Fools' Day, but already actors Jessica Lowndes and Jon Lovitz have given the Internet either a super eyebrow-raising romance or one of the best celeb pranks of all time. In a series of over-the-top Instagram posts that started last week, the 90210 star, 27, and Saturday Night Live alum, 58, revealed that they're in a relationship (and possibly engaged, judging by the jaw-dropping ring pic she posted), and yes, they're aware of the stark age difference and have called it out multiple times. While some fans are all gung-ho about their possible May-December romance, many — including reaction GIF extraordinaire Chrissy Teigen — are questioning the rollout of this announcement and are wondering if the relationship is even legit.

Well, according to Just Jared sources, the whole thing is publicity for a "secret music project" that Lowndes is dropping soon. "It's a secret music project she’s working on," insiders told the site. "She’s glad people are believing it!"

TBH, the whole thing seemed like one giant PR ploy from the get-go, so this wouldn't exactly be surprising. Lowndes started teasing the relationship on Instagram last week, posting a photo of a bed covered in rose petals with the caption, "I LOVE itz." (Get it?) She quickly ramped up the speculation by posting more subtleties about the mystery man in her life, like the "Thai proverb" "old cows like to eat young grass" and the below picture, which shows an older man's hand resting on the inside of her thigh:

The most obvious indication that this ~relationship~ was just for publicity, in my opinion, is this incredibly over-acted video that Lowndes posted, explaining that no, she hadn't been hacked, and she's just soooo happy to share this relationship with the world. Whether it's the emphasis on "finally," or that super awkward pause after "hacked," her announcement here just seems very over-the-top and unnecessarily dramatic:

And though neither party has come clean about the relationship being a fraud yet (both Lowndes and Lovitz are still actively acting like it's legit), it is important to note that the two have known each other since last year, when they filmed a Hawaii Five-0 episode together and Instagrammed evidence of it:

So while all evidence seems to point to the idea that the whole thing is fake and drummed up to generate buzz for Lowndes' music video, it's pretty impressive that they got the Internet to blow up with a few well-placed Instas. Get you that Internet speculation, guys!

More like this
8 Flirty Games To Play Over Text With Your Crush
By Lexi Inks
I'm 38 & Single. Why Can’t I Find A Serious Relationship?
By Sophia Benoit
Justin & Hailey Bieber's Bond Is "Unbreakable" Amid His Ramsay Hunt Diagnosis
By Bustle Editors
Pete Davidson Pops Up In This Hidden Scene From The Kardashians Season Finale
By Jake Viswanath
Get Even More From Bustle — Sign Up For The Newsletter