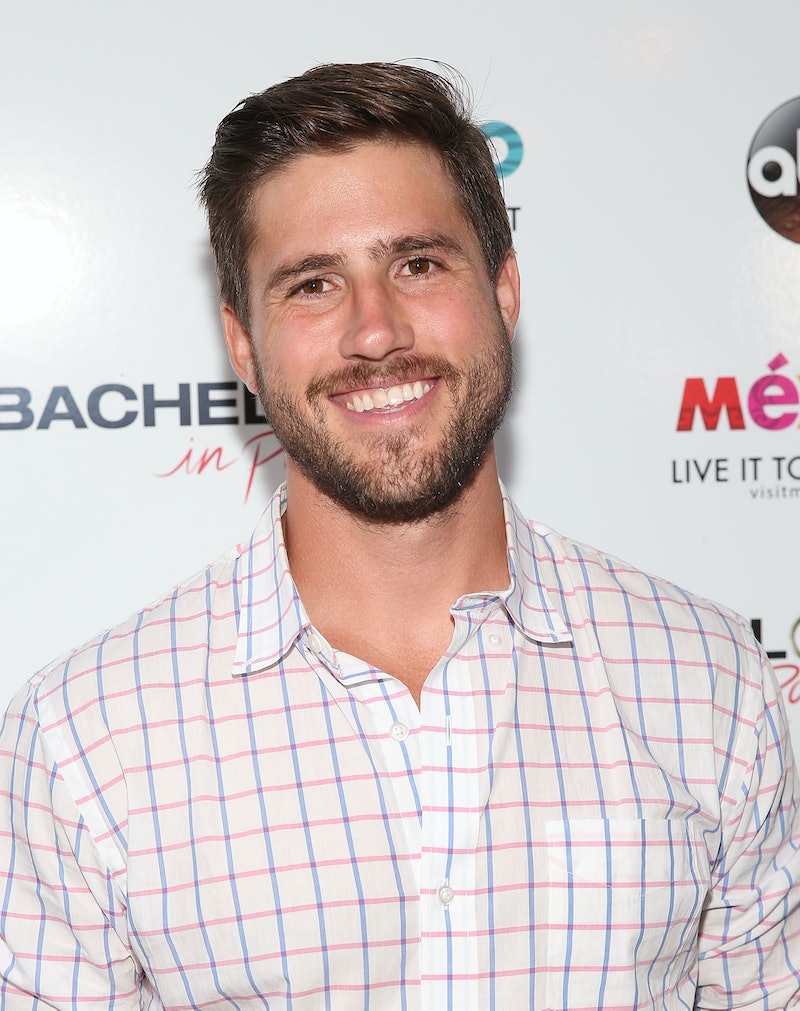 Being in reality television is not necessarily a golden ticket to fame and fortune, but sometimes, it can lead to financial success. It certainly pays to become the main event on The Bachelor or The Bachelorette, as reportedly, if you happen to land the gig of handing out roses, you can make upwards of a six figure salary. The contestants vying for love however, allegedly don't exactly get compensated for their troubles. Yet regardless of what they may or may not make by being on the show, some contestants will do practically anything to be included — including leave their "real" jobs. You'll be surprised to learn just how many contestants quit their jobs to compete on The Bachelor or The Bachelorette.

That might seem like an odd choice, as, after all, most employers probably aren't too keen to just let their workers take an unspecified amount of time off so that they can appear on a reality dating show. Yet for some people, jumping at their shot at love and possibly fame takes priority over a stable source of income, and they're willing to make the leap. That's not to say that the switch always turns out to be a prudent move; if a contestant doesn't go far or make a real impression on viewers, their free ride ends and they go home unemployed without the possibility of any extra income coming in. Still, for some, it's worth the risk.

Here are a few contestants from Bachelor Nation who have quit their careers to fight for the final rose.

AndI had a pretty impressive gig going on before her run in the mansion. She left a job as an Assistant District Attorney to become the Bachelorette of Season 10. That's certainly risking it all for love.

JJ left a lucrative career as an investment banker to compete on Kaitlyn's season of The Bachelorette. He ended up getting axed and has since revealed that he found it pretty difficult too find another job, telling MarketWatch this year that "Everyone knows who you are and employers see it as a distraction." Since he was portrayed as a pseudo-villain on the show, perhaps that hurt his potential job prospects.

Olivia left her job as a news anchor to pursue a relationship with Ben. That didn't work out for her, but it was a noble risk.

Ali famously removed herself from the competition on Jake Pavelka's season of The Bachelor because her job at Facebook was hanging in the balance. It was refreshing to see her choose her love for her career over the small possibility of snagging Jake's heart. Yet soon after, she landed a gig as the next Bachelorette and promptly left her Facebook post for it.

Shawn ended up doing alright in the end after quitting his job to compete for Kaitlyn's heart on Season 11 of The Bachelorette. He ended up winning her love, and they are now one of the cutest couples in the galaxy. Throw that one in the win column.

Lauren left a job as a kindergarten teacher to compete for Ben Higgins' final rose. Unfortunately, another Lauren snagged his heart, instead.

Judging from the above, it seems like a good idea to keep your day job if you ever find yourself cast as a reality show contestant. There's always time to abandon your cubicle later on.

More like this
Becca Tilley Confirmed Her & Hayley Kiyoko’s 4-Year Romance With A Heartfelt Note
By Brad Witter
JoJo Fletcher & Jordan Rodgers Got Married In A “Playful & Fun” Wedding
By Grace Wehniainen
13 BTS 'Love Island' Secrets Only Real Fans Will Know About
By Bustle UK
Are Tom Daley & Louis Theroux Bound For 'Strictly'?
By El Hunt
Get Even More From Bustle — Sign Up For The Newsletter