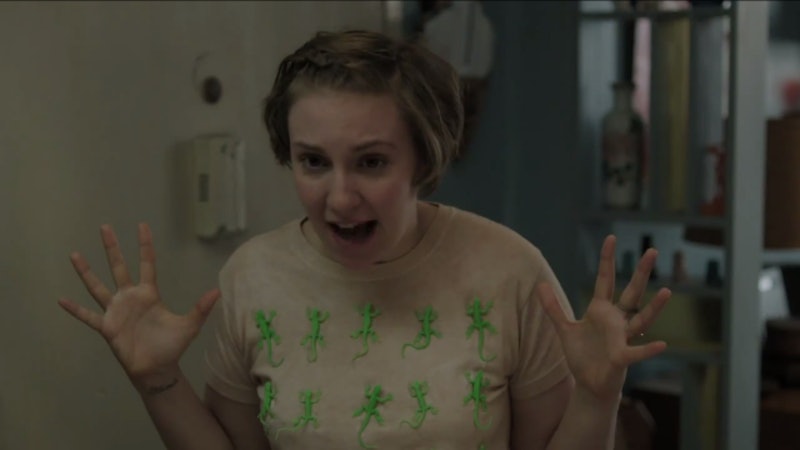 Most of us can't resist a good TV series: One that makes us laugh, or captures our attention with vivid characters and developed plots. All of these aspects are well and good. But when you're a style lover like I am, your favorite things might be fashion focused TV shows: The ones where the sartorial elements take on an important role all of their own.

To make a good TV show, you usually need several things: An interesting plot that slowly develops, an intriguing setting, relatable, lovable, and even detestable characters, and, of course, costumes for all those characters. The latter can communicate so much to viewers. Costumes tell us the who, what, when, and where. If the fashion is dated, you're probably in for a period drama, and the difference between shabby and chic choices will likely say something about a protagonist's economic status. In the world of TV, you usually are what you wear.

Every good show needs to costume its characters, but not every show puts a special emphasis on all things sartorial. These shows arguably take aesthetic responsibilities much more seriously. So seriously, in fact, that the fashion itself becomes a sort of character all of its own. So why don't we take a look at 11 TV programs in which fashion is undoubtedly the star of the show?

When I sat down to watch the first episode of Reign, I was immediately swept away by the fashion elements. The gowns, the cloaks, the tiaras, the hairstyles: Everything was so detailed and stunning. What I loved most was how the costume department (which you can follow on Instagram here) created period-inspired fashion with the use of mostly contemporary pieces. Every scene shows its characters richly dressed for a mid 1500s French court while using gowns and jewelry from modern times.

I'm sure we can all agree that there are six main characters in this show: Carrie, Samantha, Miranda, Charlotte, New York City, and fashion. I mean, who doesn't immediately think of all the amazing outfits the women wore when Sex And The City is mentioned?

Costume designer Patricia Field definitely made her mark in the industry, and even went on to win a Primetime Emmy Award for Outstanding Costume Design in 2002. Thanks to her brilliance, fashion became a main (and much beloved) character, manifesting itself continuously through extravagant closets, glistening stores, and mysterious shopping bags.

Some might have watched Gossip Girl for the scandal and heartache, but my main interest was always seeing what both Blair Waldorf and Serena van der Woodsen were wearing in each episode. The contemporary styling was impeccable — every new item even more lust-worthy than the last.

When music (or Cookie) isn't hogging the spotlight in Empire, the gorgeous, dramatic fashion is. Everything is glamorous, elegant, colorful, shiny, glittering, tailored, and ultra luxurious. The clothes speak a lot about who the characters are, their successes, and how famous they might be. You can't rule an empire without dressing the part, after all.

Game Of Thrones is undoubtedly one of the most popular shows on television, with TV.com rating it number one on its list of most popular contemporary TV shows. Sure, the series has some fantastic writing, deep and evolved characters, and amazing set designs and locations, but costuming continues to rule as an incredibly important factor.

Whether it's Jon Snow dressed for The Wall in furs and all black or Queen Margaery Tyrell fluttering around The Red Keep in flowing gossamer gowns, one thing's for sure: When you play the game of thrones, you must dress to impress.

When it comes to The Tudors, the show is filled with history, intrigue, danger, and lots of lust. But the bright, vivid, and beautifully detailed costumes take the crown in my book. Lavishly rich and elegant, every character is dripping with yards of luxurious fabrics, furs, and jewels. You can't go through an episode of The Tudors without being completely swept away. And if you're anything like me, you'll wish you too could spend your days sporting such glorious gowns.

The main reasons I fell for Pretty Little Liars was the suspense in finally finding out who "A" was and, of course, seeing what Aria, Spencer, Hanna, and Emily were wearing. The stylish, fun, and contemporary styles of the ladies always kept me coming back.

For me, this show's charm lies in the witty writing, the lovable characters, the upstairs/downstairs dynamic, and the 1920s fashion. The sartorial elements tell a story all of their own, punctuating the plot in major ways — from the clicking and clacking of long beaded necklaces to the swish of a fringed dress to the visual stimulation of the pastel colors.

The fashion in Girls may be subtler than some of the other shows mentioned here, but it's just as important in some ways. When I think of each of the women on this show, the way they dress immediately comes to mind. Who doesn't remember Hannah's lizard crop top, Marnie's gold plastic dress, Jessa's feather coat and bohemian dresses, or Shoshanna's many uniquely-placed buns and side-braids? The characters deeply express who they are through what they wear, making fashion one of the essential elements of the program.

No matter what happens in any given episode of The Royals, one thing will always remain true: Princess Eleanor and Queen Helena (along with with Princess Penelope and Maribel) are going to be wearing something fabulous. The sartorial aspects of this show are extremely important, what with the highly-stylized use of fashion turning every scene into a catwalk.

Edina and Patsy wouldn't be Edina and Patsy if it wasn't for their obsession with style. Patsy herself works as an editor for a fashion magazine and she's always wearing something bright, pristine, and high-end. Edina, on the other hand, is into following luxury trends and wears every ridiculous outfit under the sun. I don't think Ab Fab would be quite as absolutely fabulous without its beloved third protagonist: fashion.

No matter how amazing the writing and acting elements of all these series are, the importance they place on all things sartorial shouldn't be overlooked. These shows have taken costuming to entirely new and unchartered territories by allowing fashion to have its own voice.

More like this
Gabourey Sidibe Wore A Traditional West African Wedding Dress On The Cover Of Brides
By Dominique Norman
The Trailer For The 'Game Of Thrones' Prequel 'House Of The Dragon' Is Dark AF
By Grace Wehniainen
Justin Timberlake’s ‘Candy’ Character Really Investigated Betty Gore’s Killing
By Brad Witter
Meet Clea, Charlize Theron’s New Marvel Character
By Morgan Leigh Davies
Get Even More From Bustle — Sign Up For The Newsletter