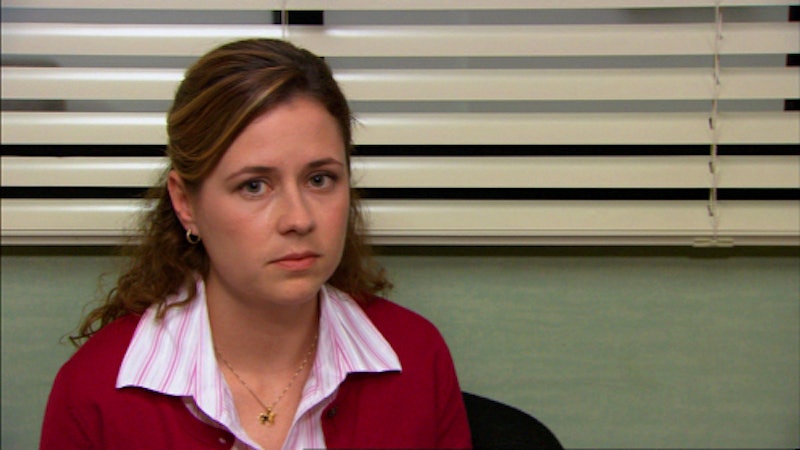 If you avoid conflict like the plague and can count the amount of times you have said no on both hands — you, my friend, are a pushover. Now, don't freak out. Mostly because you are well aware of this character trait and because you've learned to love that part of yourself. Being nice isn't a bad thing — in fact, I happen to think it's wonderful! Being a nice person (even though you know you can get hurt) is actually really brave. Instead of letting the world around you mold you into something mean and pessimistic, you choose to walk on the sunny side of the street.

Does this mean that you are always happy no matter what? Of course not. You can blow up at other people, you can get angry and you can certainly stand up for yourself. It just happens on a much more rare basis than for others. You tend to let things slide and roll off your back, leaving you unscathed. Life is too short to let small little hiccups ruin your days. Being nice is just in your blood, and the negative connotation that comes with the term "pushover" hurts you more than sometimes being too nice.

So what are some of the struggles of being a pushover? Well, from personal experience I can tell you that people often do not believe you are just being nice because you want to. They assume you have an ulterior motive because that's just something they have faced in the past. It takes some time but people will come around. Your true intentions are going to shine through. Here are some other struggles of people who are considered pushovers.

1. You Never Send Food Back

Why would I? Complaining over minuscule things can only lead to disaster, right? I would rather drink 14 cups of water even though they forgot to make my dish mild than send it back.

2. You're That One Person Watching The In-Store Demonstration

Every single time you pass a demo table at a store or on the street, you will stop and admire the presentation. After all, that's someone's job and all you have to do is give them some of your time. The problem starts when you start guilt-buying those products.

4. Half Your Closet Is Missing

You can never ask your friends to return that sweater they borrowed. Or the shirt. Or the pants. Or anything.

5. You Can Totally Hulk Out

People never expect your to be mean or rude, so when you are — you Hulk out to the max. It's scary for others to see you that way, but hey, everyone has those days.

6. You Hold The Door Open Foreveeeeeeeeer

You open the door for a friend and the entire population of Switzerland walks on by.

7. Your Wallet Is Empty

Your friends are always borrowing money they know you won't ask for back.

8. You Never Pick The Restaurant

You have trouble picking things to do because you just want everyone to be happy. When you are alone though, it's a party you don't want to forget.

You let people slide when they show you horrible character traits. In fact, you almost always excuse them away. That's how you end up falling for the wrong people.

10. You're Pretty Much Mother Teresa

You are nice to everyone. No exceptions. You're basically a saint.

11. You Know Every Homeless Person In Your Area

If anyone asks you for money on the street, you'll spare a dollar or two. Every single time. I wonder why my wallet has no money in it now.

12. Everyone Knows When You're Having A Bad Day

If there isn't a permanent smile glued to your face, people will think you are depressed or sad. They are so used to you being happy and willing to do anything that a small change to that is very noticeable.

13. You Have A Side Business Driving People To The Airport

You are always the go-to airport person. At some point you will have to start a business because the gas alone is pretty much your entire rent check for the month.

14. You'll Plan Everything To Avoid Problems

If things come down to the wire, you will do all the leg work and planning. You would hate for an event to be ruined so you will take on that responsibility. School projects, trips, outings and gatherings — you may not be the done deciding where you all go, but you will be in charge.

15. You Have Trouble Being Seen As A ~Romantic Prospect~

Because you are so nice, people often don't see it as a reflection of your romantic feelings. You are just a buddy who really likes coming over and bringing hand-baked goods. UGH.

You won't send someone away just because you have work in the morning. You'd rather loose sleep than a friendship.

17. You Are Basically An Unpaid Therapist

All of the world's problems will be expressed to you within moments of people walking through your door. You just have that kind of face that inspires people to open up — and unfortunately that kind of personality that is too pushover-y to find a way for them to reign it in. But hey, hopefully they'll return the favor when you're on the struggle bus! Right? ... Right?