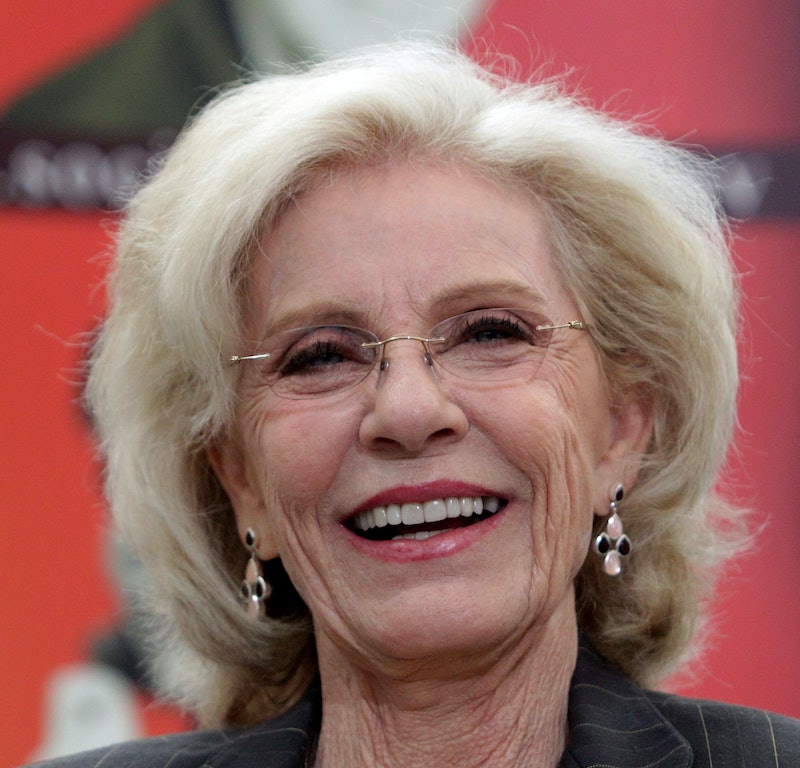 According to the Associated Press, Oscar-winning actor Patty Duke has died at the age of 69, and her agent has confirmed the news. Duke was a stage, film, and television actor, who rose to fame after winning an Academy Award at 16 for playing Helen Keller in The Miracle Worker. Duke's agent released a statement on her death to The Huffington Post, which reads,

Anna "Patty Duke" Pearce passed away this morning March 29, 2016 at 1:20 am. Her cause of death was sepsis from a ruptured intestine. She was a wife, a mother, a grandmother, a friend, a mental health advocate and a cultural icon. She will be greatly missed.

Duke was married to Army drill sergeant Michael Pearce at the time of her death, and also leaves behind three children and three grandchildren. She most recently appeared in a 2015 episode of Liv and Maddie on the Disney channel.

This morning, our beloved wife, mother, grandmother, matriarch and the exquisite artist, humanitarian, and champion for mental health Anna PATTY DUKE Pearce, closed her eyes, quieted her pain and ascender to a beautiful place. We celebrate the infinite love and compassion she shared through her work and throughout her life. She died at 1:20 a.m. PST in Couer D’Alene Idaho at Kootenai Health from complications associated with a ruptured intestine.