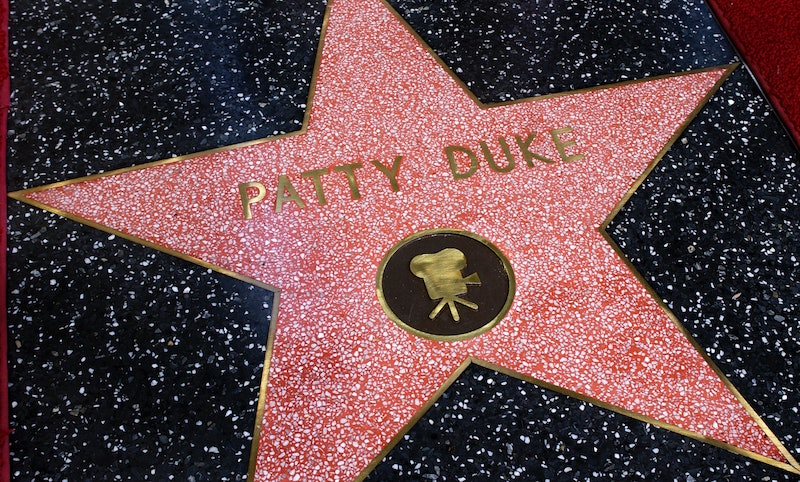 Incredibly sad news on Tuesday: Academy Award winning actress Patty Duke has died at the age of 69. As well as starring in her own sitcom, The Patty Duke Show, and appearing in Valley Of The Dolls, Duke was a beloved actress who fiercely advocated for for mental health awareness. Her performance as Helen Keller, which won her an Oscar, is incredibly impressive, and established Duke as an acting talent. While the actress will be remembered for her extensive career which spanned decades, and incorporated stage, film, and television, her role as Helen Keller is unforgettable. There is one scene starring Patty Duke in The Miracle Worker that you must watch immediately, as it shows what an intuitive and skilled performer Patty Duke was even from an early age.

Patty Duke embodies Helen Keller, who was left deaf and blind following a bout of scarlet fever as a child. Incredibly frustrated, and unable to communicate with those around her, The Miracle Worker follows the story of Keller as she works with tutor Anne Sullivan, portrayed by the inimitable Anne Bancroft. And one of the most iconic and emotional scenes involves a major breakthrough for teacher and student, when Helen Keller starts to understand Sullivan's attempts to communicate with her.

The reason Patty Duke's performance in The Miracle Worker is so impressive, and this scene in particular in which those around Keller realize that she has started to understand her teacher, is that the young actress puts everything into her role. Unhindered by the fact that she's acting opposite a screen legend like Anne Bancroft, and regardless of the fact that the role of Helen Keller is both physically and emotionally demanding, Duke is wholly believable in her part. It's hard to imagine anyone else taking on the role and delivering the way that Duke does. The movie is incredibly moving throughout, and much of this is down to the central and integral performance of Patty Duke, who so deserved her Oscar win for the role.

Having acted in Hollywood for a long time, the actress was no stranger to the spotlight, but when she won an Academy Award for her portrayal of Helen Keller, Duke was just 16-years-old. The scene in which Helen Keller realizes that she can feel water on her hands is so incredible, because Duke draws us in and helps us to understand what it might be like to have to rely on the senses of touch, taste, and smell alone. The reactions to Keller's realization in this scene are tearjerking for a reason — Patty Duke includes us on the journey of the a young girl and her teacher.

Patty Duke's roles are sure to be celebrated over the next week as the world comes to terms with the sad loss of a screen legend. The Miracle Worker is certainly worth a watch.