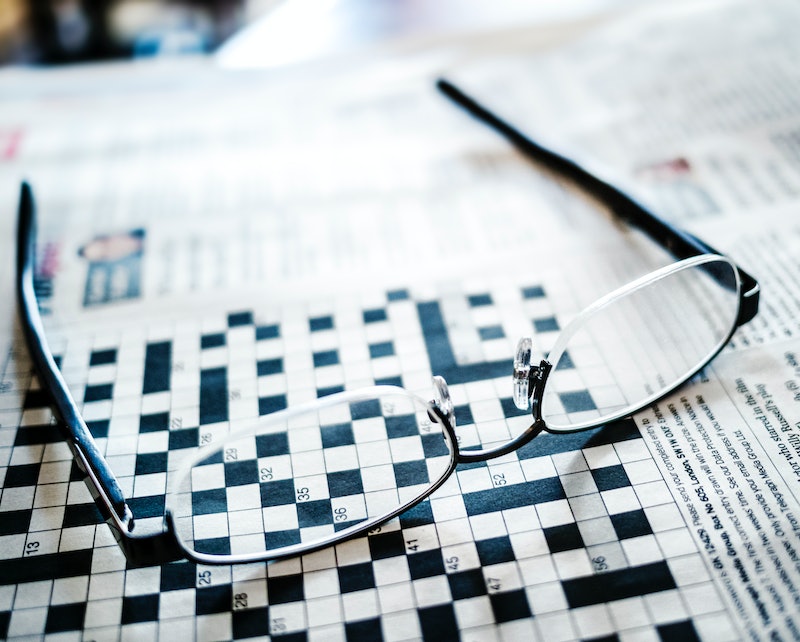 The temptation to play a really great April Fools' Day prank on your coworkers is too great to deny. Don't ignore the urge to participate in the revelry! Instead, embrace it in a way that won't get you fired — or forever condemned to the squeakiest chair in the office — while still contributing to the levity of that famed first day in April.

The key is to keep it all lighthearted, and out of felonious territory. For instance, your supervisor is more likely to laugh off a trick that won't cause permanent damage to her office supplies than one that requires an IA investigation. (Definitely don't pull the "contacts switch" between S.O. and HR in her phone. Not even for a minute.)

My best advice for a successful day of corporate shenanigans? Don't drop any hints about your plans, and don't talk about whether you love or hate April Fools' pranks. Be as a patient as possible, and they'll never suspect you're the diabolical mastermind behind it all.

Here, I've rounded up six of the best office pranks that your unsuspecting coworkers will remember long after the Q2 budgets are calculated. I can't promise no one will retaliate, but maybe you deserved it, eh? Just a little.

1. Flip their computer screen upside down

All you need to know is a little about their OS. On PCs, hit CTRL + ALT + down arrow (and the same combination with the up arrow will flip it back); on Macs, open System Preferences and click Display while simultaneously holding down CTRL + Option. A new menu called Rotation will appear, and you can flip the display, save it, or undo it. This isn't as brief of a trick as it seems once your victim realizes their mouse is flipped, too.

2. Balloon their cubicle into oblivion

Nothing is more frustrating than arriving at work after, presumably, a long week, only to find that you can't even get into your workspace. Although, how sweet will that be when the wrapping is taken off of the cubicle and all those balloons fly out? I mean, even though it's irritating for a second, it's kind of a cool way to start a Friday. Rock on, office pranksters.

Pull any number of food pranks, switch out dirty and clean dishes in the dishwasher, toss some fake chocolates wrapped in decorative foils around the treats basket, and watch as Marsha tries not to give away the fact that she thinks those chocolates are probably very old. This one's a bit malevolent, but nothing that's going to cause much trouble. Plus, if you do it early enough, no one will know it's you.

Again, it's the little inconveniences that are sometimes the funniest (and the easiest to get away with at work). This one doesn't take a huge commitment, just a lot of New York Times articles. Tape different sections of the paper everywhere. If you're feeling especially inspired, maybe there are some particularly embarrassing headlines that would be appropriate for your April Fools' target? At the very least, they're bound to get some ink on their hands as they attempt to pull it all down. Innocent chuckles will echo quietly for hours, promise.

5. Mess with their phone apps

If you've got a coworker who, for some reason, has not yet found the value in locking their phone and you are able to get ahold of it, definitely download iPhoneception on that thing and start wreaking havoc on their cyber world. Use the "Kittens" function to turn all of their apps into, yes, cat faces, or "Gravity" so their apps shift and fall inside their home screen. Oh, technology. So sneaky.

6. Cover their desk in birdseed

Birdseed: It's the glitter of the animal kingdom. This joke doesn't require a lot of prep, but it will call for hours upon hours of cleanup. If you're truly psychotic, you'll hide it on high shelves, so even after they think they've found every speck of millet, more will fall on their unsuspecting head. It's only a matter of time until all of the birdseed is found. Is this the longest-lasting office April Fools' prank? Possibly. Just remember where it's all hidden or you'll be next.

The most important part about April Fools' is that we're all having fun, right? Well, just remember that some people are more sensitive than others, and also more professional than others, and that not everyone finds the same things funny, then plot your pranks accordingly. April Fools' is an excuse to cause mischief, and if your typically uptight coworkers don't get your sense of humor the rest of the year, today they just have to deal with it.

More like this
An Honest Review Of The TikTok-Famous WalkingPad
By Kaitlyn Wylde
If Your Refrigerator Is A Mess, These 25 Organizing Products Can Help
By Courtney Young
The 6 Best Closet Dehumidifiers On Amazon
By Sharon Brandwein
25 Quotes About Love To Share During Pride Month 2022
By Madeleine Aggeler and Emma Garza
Get Even More From Bustle — Sign Up For The Newsletter