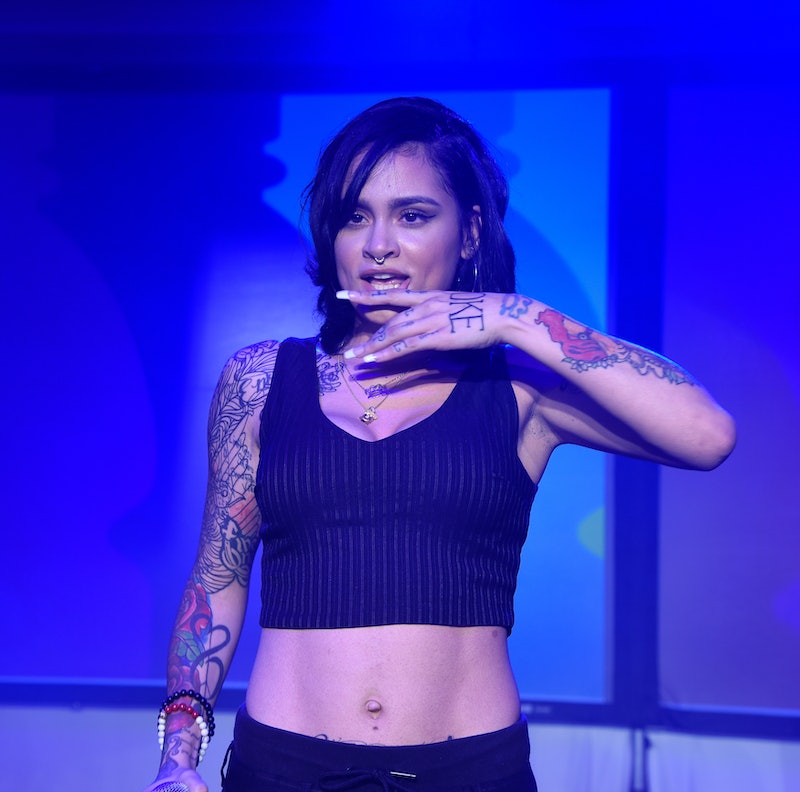 According to multiple reports, singer Kehlani Parrish was allegedly hospitalized after a suicide attempt on Monday night, amid rumors circulating that she had cheated on her boyfriend, NBA player Kyrie Irving, with her ex-boyfriend, singer PARTYNEXTDOOR. Multiple sources claim Parrish published two Instagram posts in which she allegedly admitted to attempting suicide, but all of her Instagram posts have since been deleted. The story is ongoing as fans wait for more information about Parrish, but fans have taken to Twitter, trending the hashtag #StayStrongKehlani in the aftermath of the news.

A rep at Parrish's record label had no comment at this time.

The story surrounding Parrish's alleged suicide attempt is bringing attention to online bullying, suicide, and the stigma of mental illness, and reactions are flooding Twitter with the hashtag #StayStrongKehlani trending worldwide. It seems the hashtag is opening up an incredibly important conversation about how dangerous bullying is. When rumors broke about her alleged cheating, Twitter users immediately began sending inflammatory and accusatory hurtful tweets at the singer. It isn't confirmed if the attacks led to the alleged suicide attempt, but fans are hoping their positive thoughts are being seen by the singer.

Because of the nature of Twitter, there are plenty of users spreading negativity through the #StayStrongKehlani hashtag as well, and it's disheartening to see. It's so important to remember that a celebrity, like Parrish, is still a person at the end of the day, and certainly not immune to the force of online bullies. Hiding behind a keyboard doesn't make a message any less hurtful, and there's a crucial takeaway from this, which is that words can and do have an impact.

Here are some of the most poignant responses using the hashtag #StayStrongKehlani.

Some Offered Reminders That Celebrities Are Only Human, Too

Some Shared The Ways Kehlani Has Helped Them

Some Pointed Out The Power Of Words