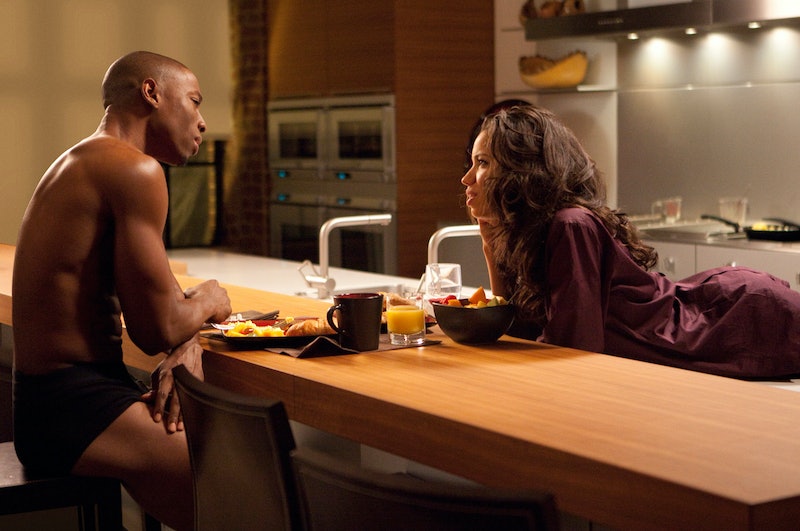 Twist endings can famously make or break a movie. The Sixth Sense wouldn't be the cultural phenomenon it is if it weren't for that major twist (which I won't spoil here, because I have principles, people). Fight Club would be nothing more than Brad Pitt's ab-tastic thriller if it didn't feature a movie-defining turn. But twists aren't always good. When set up improperly, a twist ending can feel out of place, forced and completely out of left field. Even worse is when a twist is so ridiculous that it turns the entire movie into a joke. Whenever an ending like that isn't done right, you know it, and that's what makes twists so difficult to pull off. If they fail, there is no coming back, and the movies below with twist endings that still make no sense are just a handful of those that missed the mark.

Personally, I'm a fan of the twist endings. Suspense films are some of my favorite, and a good twist ending that really catches you off guard is a refreshing thing to watch. However, it seems that in the world of film, there are more twist endings that don't make sense than those that do. Movies that often fail at the twist ending suffer from similar mistakes. One sure way to ensure that your ending doesn't make sense is to make it an "it's all a dream" twist. What is the point of sitting through an entire film if the whole thing is just going to end up being a lie? Other films that fail to nail the twist ending tend to have simplistic turns that don't make sense within the plot — "It was [Insert Random Name Here] all along." These 13 movies with twist endings that make no sense are proof that these kinds of "surprises" are all too common. Obviously, spoilers ahead!

The plants are making people kill themselves. It's a twist of little to no purpose that ends a pretty disappointing thriller.

The ending to the romantic drama Remember Me — it's 9/11 and Robert Pattinson dies in the Twin Towers — stands out among the weirdest twists ever, not to mention the most offensive.

3. Indiana Jones And The Kingdom Of The Crystal Skull

Indiana Jones and the Kingdom of the Crystal Skull was already questionable when it was about Indiana Jones and his friends racing with Nazis to uncover alien technology. The twist ending — "The knowledge is the treasure" — only made it worse.

Ah, the old, "the narrator investigating all this weird stuff is actually the source of the conspiracy" twist. Starring in a movie with such ridiculous intrigue did not help Jim Carrey be taken seriously in the 2000s.

The twist at the end of Now You See Me isn't weird because the entire film's magic tricks seem, well, too magic to be tricks. It's weird because it involves a very convoluted revenge plot involving Mark Ruffalo and wronged French magicians. It sounds strange because it is. Still, that doesn't stop this movie from being charming and fun.

A character in this Nicholas Sparks romance has been dead all along, and is really Josh Duhamel's dead wife making sure he finds love again! *rolls eyes* (*still cries at the end*)

Director M. Night Syamalan, who is also responsible for The Happening's remarkably hilarious ending, is known for his out of the box twists. And, even though fans love Signs, many still can't forgive the fact that the big bad aliens are actually not waterproof and die with a little H2O.

What starts as a tale of a sexy reporter (Halle Berry) investigating a rich executive (Bruce Willis) ends up being nothing more than another twist of unrepressed memories and split personalities. It's the soap opera level twists that keep good movies from making any kind of sense.

9. Planet Of The Apes

The second Mark Wahlberg movie on the list, Tim Burton's Planet of the Apes tried to add a new spin on the original by ending the movie with Wahlberg's hero escaping the ape-run planet only to land on an Earth that...is also ruled by apes? The ending shot of the Lincoln Memorial, with an Ape-Abraham Lincoln has puzzled fans, critics, and casual viewers alike. What does it all mean? We'll never know, because this reboot failed to launch a franchise. Maybe it's for the best.

10. Temptation: Confessions Of A Marriage Counselor

Tyler Perry's sexual thriller about a woman who cheats on her husband was controversial for many reasons, but the one that had the most heat was the ending: Judith, the woman who cheats, contracts AIDS and lives out the rest of her life alone, presumably praying for forgiveness. Oh, and the man she has an affair with is frequently described as the devil. The entire ending makes the movie feel more like an after school special than an actual film.

A thriller starring then-child phenom Dakota Fanning and Robert De Niro should have been good, right? Alas, even great actors make bad movies, and the twist ending of Hide and Seek — De Niro has split personalities and killed his wife! — did not help matters.

American Psycho is considered somewhat of an American classic. But, unless someone can explain to me what the hell happened in this film, I'm going on record as saying it's totally crazy. Did he imagine the whole thing? What was with that ATM machine? What does it all mean?

Finally, there's The Mist, which features a twist ending so depressing that it ruins a perfectly creepy Stephen King adaptation. After a strange mist invades a city, bringing with it deadly alien creatures, a small group of survivors see no end in sight. So, they decide to take their own lives before the monsters can get them. Right after killing his own son to spare him a horrible death, the hero played by Thomas Jane turns to face certain death, only to be saved by the military. The twist makes sense, but the psychological horror of it has earned it a place in WTF twist history.

More like this
What’s New On Netflix: A Victoria Justice Rom-Com & The Return Of David Letterman
By Arya Roshanian
What’s New On Netflix: The Return Of 'Bling Empire' & A Rebel Wilson Comedy
By Arya Roshanian
Michael & Kathleen Peterson’s House From ‘The Staircase’ Has New Owners
By Kadin Burnett and Kayla Blanton
You Can Thank Spider-Man For The Meme-ification Of Movies
By Dana Schwartz
Get Even More From Bustle — Sign Up For The Newsletter