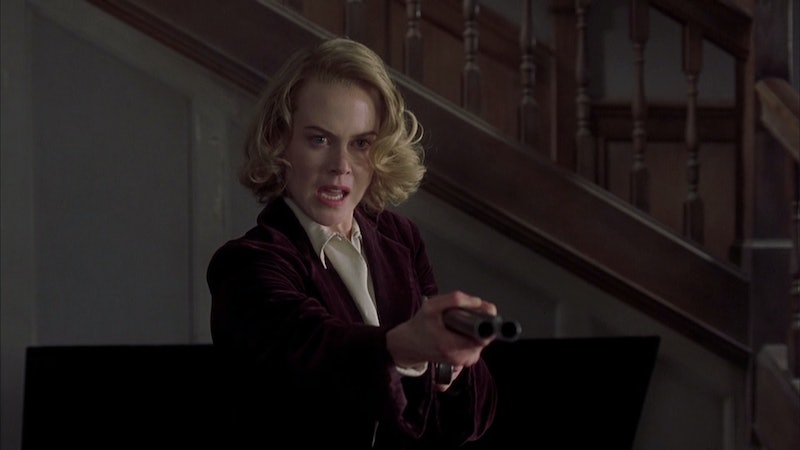 There's nothing quite like a twist ending to a movie. You're watching a film, totally invested in the story for a good 90, 95 minutes, and then out of nowhere, the ending completely makes you rethink everything you just saw. When a movie's twist ending is done well, like the realization of Bruce Willis's character in The Sixth Sense or the revelation of Tyler Durden's true nature in Fight Club, then they become the most lauded and memorable aspect of the film. When they're executed poorly, like the unveiling of the modern city surrounding the village in The Village, then they become the most criticized thing about the film. The point I'm trying to make is that twist endings, whether good or bad, come to define the films they conclude. Thankfully, Netflix has several movies with great twist endings.

However, unlike the famous twists that I just mentioned, you are probably unlikely to already know how these movies end. Do you know the twist at the end of the Korean film, Oldboy? Or what about the shocker at the climax of the 1920 German silent film, The Cabinet of Dr. Caligari? I thought not. But after reading this article, you'll know them all, so don't read on unless you want to know how these films conclude, because these are the 13 best twist endings on Netflix.

This film was produced by M. Night Shyamalan, who also came up with the story, so of course there's a twist ending. A group of people are stuck in an elevator together and they begin dying one by one, learning along the way that one of them is actually the devil. As usual, the devil is the one you least expect; in this case an old woman who had already died earlier in the film.

A murder mystery where Sharon Stone's character, Catherine, is suspected throughout the film, only to be seemingly redeemed at the end... before being revealed as the murderer in the final frame.

This legal thriller sees Edward Norton play a stuttering altar boy accused of murder. He seems to suffer from multiple personality disorder, with no knowledge of the murder committed by his deranged altar ego, Roy. But Roy ends up being the only personality that is real, having invented the altar boy persona to get off the hook.

There are a number of twists at the end of this dystopian action thriller, where everyone on Earth is on a train with an infinitely powered engine. But the most significant twist has to be the reveal of why the engine never runs out of fuel: It's run by children from the poor section of the train.

Shades of The Sixth Sense are felt in this ghost story, as Nicole Kidman's character learns that she and her children are the film's ghosts.

7. The Cabinet Of Dr. Caligari

Maybe the first twist ending ever, and later mimicked in films like Shutter Island, this classic sees the protagonists in an insane asylum at the end of the film, meaning they cooked up the events of the movie in their heads.

This film's biggest twist happens partway through, when Daniel Craig's character suddenly remembers that his wife and kids are dead and that he was blamed for their murder. But the twist that comes at the end is another shocker, as the killer is revealed to be his neighbor's ex-husband.

A man is released after being mysteriously imprisoned for 15 years and is given the chance to find out who locked him up. Along the way, he meets and falls in love with a woman with whom he becomes romantically involved. When the man finally meets his captor, he learns that everything he did was plotted out by his captor as part of a revenge plot, including the woman he slept with, who is revealed to be his own daughter.

Right up until the end of the film, thanks to some clever misdirection, the audience expects Kevin Spacey's character to be murdered by his wife. But instead, the killer ends up being his next door neighbor.

At the end of this insane movie, it's revealed that the anger management therapy of Adam Sandler's character actually starts near the beginning of the film, long before he meet's Jack Nicholson's therapist character, and his girlfriend also helped orchestrate the whole thing.

These 13 films all have endings that are surprising, and are some of the best twists around. Maybe they're not as iconic as Fight Club or The Sixth Sense, but they're all still shocking enough to make your jaw drop.