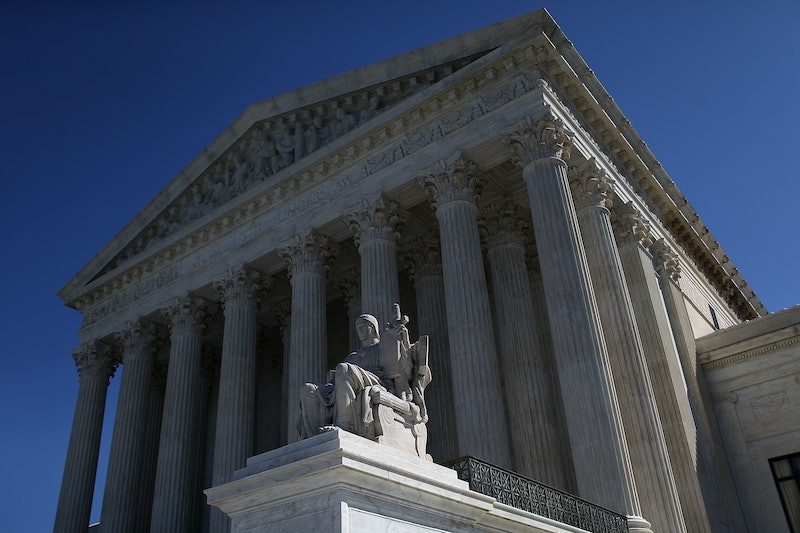 On Tuesday, the Supreme Court decided on an absolutely crucial case for America's public sector unions, and it went the way that a traditionally progressive strain of pro-labor thought would want it to. But despite the favorable outcome, the way it happened — by virtue of the court only having eight members following the unexpected death of Antonin Scalia last month — lays bare why obstructing the appointment of a new justice is such an unsustainable game. In other words, it shows exactly why we need a new Supreme Court justice, and sooner rather than later.

The Supreme Court was considering Friedrichs v. California Teachers Association, a case that would've effectively decided whether public sector workers have to pay mandatory fees to their unions. Specifically, that's what it could've meant if the conservative justices ― who've been hostile to unions before, and months ago were anticipated to carry the day ― had prevailed. But due to Scalia's death, the conservative bloc was down a vote, resulting in a 4-4 tie.

That was a positive for public sector unions, because a Supreme Court tie merely upholds the previous lower court ruling, and the previous decision by the Ninth Circuit Court of Appeals went in the unions' favor. But even thought it turned out well this time from a typical left-wing perspective, this no way for the Supreme Court to function in the long term.

Simply put, with four conservative justices and four reliable liberals left on the court, and the GOP rattling sabers and refusing to even hold hearings for Obama's nominee, Merrick Garland, you could be looking at the beginning of a new era of high court gridlock. Sometimes, in a case like this one, that'll benefit progressives. Sometimes, it'll go the other way.

And sometimes, such as in the high-profile abortion rights case Whole Woman’s Health v. Hellerstedt, it could be viewed as helping and hurting both sides in different ways. The case is a challenge to new restrictions on abortion clinics in the state of Texas, often called TRAP (targeted regulation of abortion providers) laws by their critics, and a tie in the Supreme Court would mean that those laws stand. Consequently, abortion access in Texas (especially in disproportionately minority areas) would continue to be curtailed sharply. But on the other hand, a tie would also mean that the conservatives on the court couldn't take an even bigger chunk out of Roe v. Wade ― always a risk in a big, potentially precedent-setting case.

That said, while it might be nice to know that the Supreme Court won't be able to change the landscape on reproductive rights (for now, at least), nothing lasts forever. Whether another justice retires or dies, unbalancing the vote again, or the GOP really does hold to its obstructionist posture clear through to President Obama's departure from Washington (in all likelihood, the same day of Hillary Clinton's inauguration, making the whole thing moot), it's going to have to be dealt with eventually.

Obama clearly feels the same way. If there's anything that his decision to nominate Garland affirms, it's his long-demonstrated preference for functioning government and public consensus, rather than pursuing ideal progressive options at all times. Frankly, both because the United States is really supposed to have a functioning high court and it's not the kind of thing you should put off for a year, and because the Senate still gets its veto chance in the confirmation vote, it should at least be willing to hold a hearing. But if the Republicans don't budge, you're looking at a nice long while before "the people will decide," as the talking point goes ― President Obama will remain as such until January 20th, 2017.