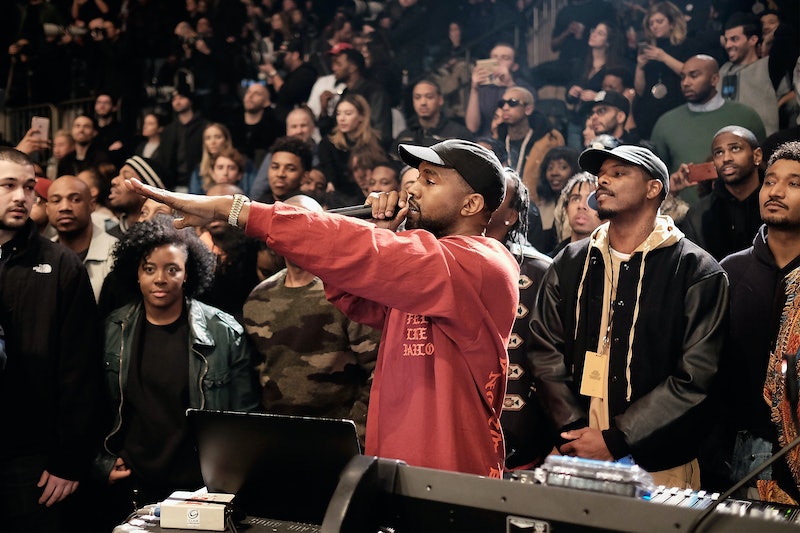 I'd be willing to bet good money that on Kanye's next album, there will be at least one verse about him being right about the future of music, particularly killing the format of the CD. Let me explain: On Tuesday, the streaming service Tidal released the numbers for West's debut of The Life Of Pablo, with 250 million streams of TLOP in the first ten days, also reporting they hit 3 million subscribers. This means that Yeezy could be right about the future of the music industry: CDs are out, streaming is in.

What's remarkable about the number of streams TLOP garnered is not that it's an inordinate amount, but those are huge numbers considering the album is only available on Tidal. Tidal is an exclusive streaming service with no free tier, unlike Spotify. There's a $9.99 subscription and a $19.99 subscription, and Tidal reported 45% of their customers sprung for the higher tier. Compare that to Spotify, which has just over 30 million subscribers, but also offers a free version along with their $9.99 premium version. As of now, there's only one track, "Famous," available on Spotify and Apple Music. The 250 million streams would equal about 166,000 album sales on the Nielsen rating (though Tidal didn't report those numbers to them), meaning it could have been a number one album — just as Yeezus intended.

David Bakula, the senior Vice President of Insight at Nielsen, told CNN Money he was impressed with how well The Life Of Pablo did:

It's a really good number, and it's even more impressive that it's only in one place. There's a lot of services that can stream audio, but there's only place where you get this album and that's Tidal. That's how it differentiates itself.

West tweeted on March 7 that he saw streaming as the ultimate future of music, and that he would no longer make CDs.

It's obviously way too early to tell, and the success of The Life Of Pablo is of course due in part to the wild, prolonged anticipation of the album's release. West started teasing the new album, which started as SWISH, changed to Waves, and finally was christened The Life Of Pablo, with the song "Only One" all the way back in January of 2015. But that long road to the release seemed to have worked in his favor.

This could be bad news for Yeezy fans without a Tidal subscription, though — though he did put his single "Famous" on iTunes and Spotify on Monday, these huge streaming numbers from Tidal could stop Kanye from making the rest of The Life Of Pablo available on non-Tidal streaming services.