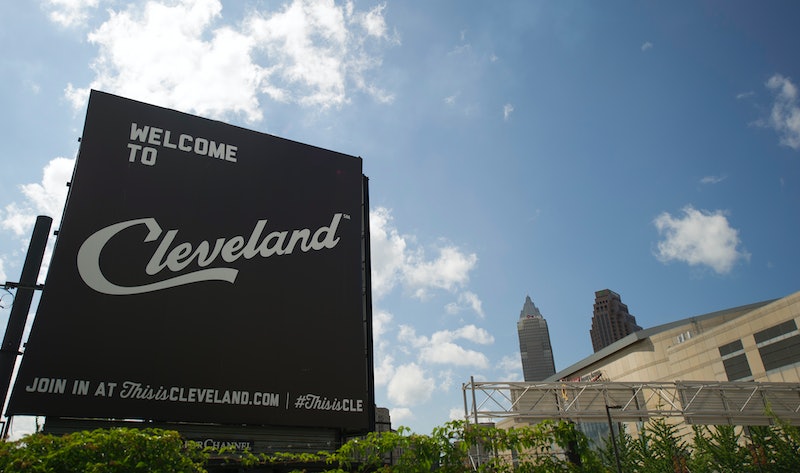 As voters across the country cast their ballots in primaries and caucuses for their preferred presidential nominees, we're hearing more and more talk about the respective parties' national conventions coming up in the summer. Philadelphia will host the Democratic National Convention the week of July 25, while the Republican National Convention will take place the week of July 18 in Cleveland. What is the point of the national conventions? In most election years, they have been little more than formalities in the presidential nomination process, but this year they could prove to have more deciding power over the race.

The main purpose of the national conventions is to determine who the Republican and Democratic nominees for president will be (along with his or her vice presidential running mate). Delegates from each state report to the conventions to cast their votes. If one candidate from each party doesn't have a majority of available delegates after one round of voting, then further rounds take place until someone emerges as the majority winner.

Usually, the conventions don't have any actual deciding power, since in every election year since 1952, the first round of voting has resulted in a winner. Most delegates are bound to vote according to their states' primary or caucus elections, and there is almost always a clear majority before the conventions even take place, since the final state elections occur in June.

This year might be different. On the Republican side, it's possible that no one will win a clear majority of delegates before the convention, as all three candidates remaining in the race — Donald Trump, Sen. Ted Cruz, and Gov. John Kasich — continue to split the delegates. If one round of voting at the convention doesn't reveal a winner, then it'll be a "brokered convention," and about three-quarters of the Republican delegates will become unbound from their states' primary or caucus results, meaning that they'll then be able to vote for whomever they want. In that case, the convention would actually decide the nominee, rather than just officially announce what people already know.

On the Democratic side, we only have two candidates — Sen. Bernie Sanders and Hillary Clinton — so a brokered convention definitely won't happen, since one candidate will have a clear majority of delegates after one round of voting. However, there are still some wild cards in the form of superdelegates. These party elites comprise about 15 percent of the available Democratic delegates, and they are unbound by state primaries and caucuses. (The GOP does have some unbound delegates, but far fewer than the Democrats, and they are not necessarily party elites.)

The Associated Press reports that 469 superdelegates have already said they will support Clinton, compared to only 29 backing Sanders. That's a gap much wider than the one between their bound delegate counts, which is 268 after the March 26 primaries. However, superdelegates can change their minds at any point up until the convention. This means that if the state primaries yield a tight race between Sanders and Clinton, then the superdelegates at the convention could cast the deciding votes.

National conventions are usually more of a formality than anything else as far as nominating the presidential candidates is concerned. But in 2016, on both the Republican and Democratic sides, delegates to the conventions could have the most power they've had since 1952.