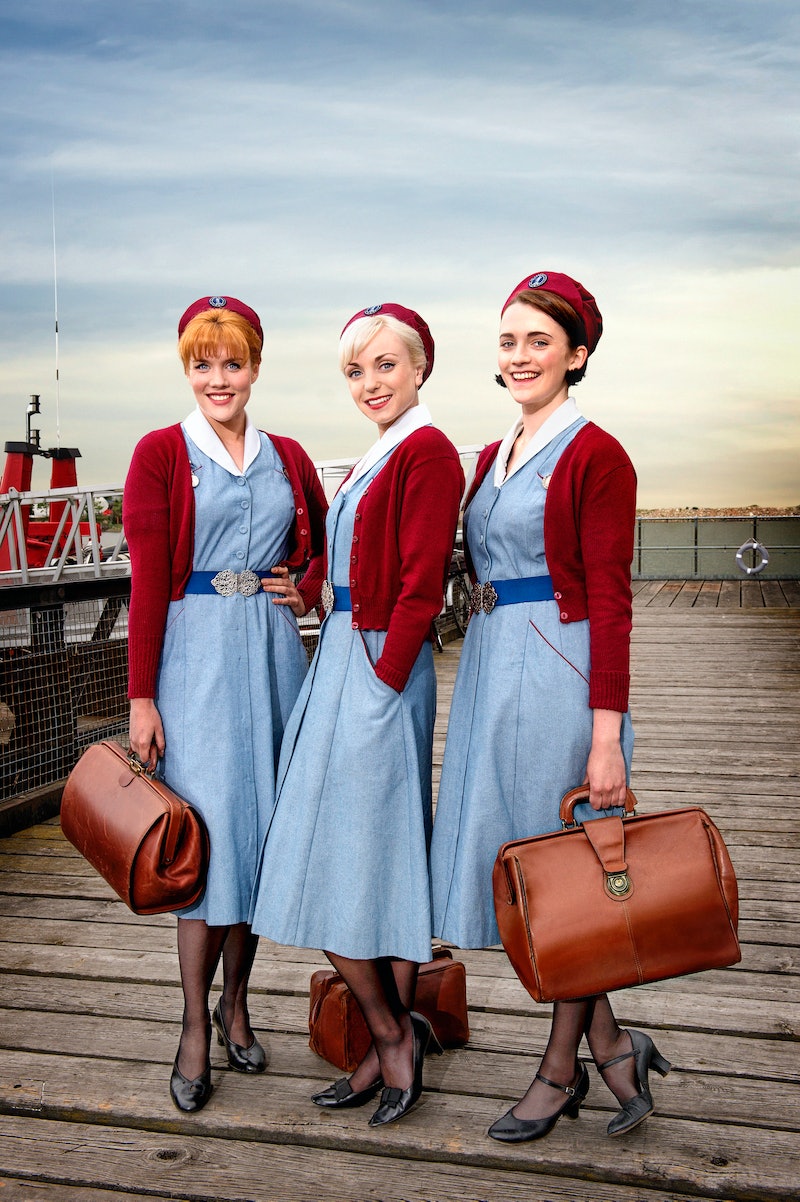 Hold onto your habits! The British period drama Call the Midwife is premiering this Sunday, April 3 at 8 p.m. ET on PBS, and I, for one, couldn't be more thrilled. But if you don't have a TV or can't watch the show live, you have a bit of an emergency on your hands. Well, certainly not one as pressing as the kind the nurses and nuns face while serving the expectant mothers of London's East End. But still, it's a pretty big 911, as far as TV watching is concerned. Luckily, figuring out how to stream Call the Midwife Season 5 online is almost as easy as Googling something.

That's good news indeed, especially considering the fact that Season 5 of Call the Midwife has been teased as "the best [season] yet," according to actress Victoria Yeates, who plays Sister Winifred on the show, in a behind-the-scenes preview of the upcoming installment, below. And I'm kind of inclined to believe that since Season 5 opens in the year 1961 as changes are afoot in England in basically every way imaginable. It looks like the upcoming season will continue to deal with Trixie's (Helen George) alcoholism as well as the usual drama that comes with delivering babies.

Oh, Call the Midwife, how glad I am to have you back in my life! If you feel the same way, read on to find out how you can watch all of the excitement unfold from the comfort of your own laptop or mobile device of choice.

Stream It Through PBS

I love PBS for many reasons, one of which is that it's usually super easy to stream their programs if you happen to miss one. Full episodes of Call the Midwife will be available after their original broadcast through the Video section of PBS' website, according to a press release announcing the Season 5 premiere date. In the past, episodes have been available to stream the day after they originally air on TV. You should also expect to see full episodes of Call the Midwife available to stream from the PBS Video app, which you can download for a whole bunch of devices, including iOS, Android, Roku, Apple TV, and Amazon Fire TV. The best part? It's all free and doesn't require a log-in. Did I mention how much I love PBS?

Stream It Through Cable

If you have access to a cable log-in and want to live stream Call the Midwife this season, doing so through a participating cable provider is your best bet. If that doesn't apply to you, well then, you're just going to have to wait a few hours to catch it on PBS' website or app after the episode premieres. But really, that's not much of a sacrifice at all, and you should just be thankful such an awesome option is available, period.

Buy It, Then Stream It

If you're posh and have some money to burn, you could always purchase the episodes a la carte or the whole season's worth at once through paid streaming services like Amazon Video or through iTunes. Episodes generally appear for purchase through these online retailers the day after they air on the network, though we still have to wait and see if that's the case for Season 5 of Call the Midwife. Let's hope it is, because we all like having options, don't we?

Stream It Through Netflix

If you don't have time to enjoy Call the Midwife now or just want to experience the rollercoaster of emotion it brings again later, you'll most likely be able to stream the season through Netflix. Season 5 hasn't been officially announced as coming to the streaming service just yet, but since the other four previous seasons are all available to stream now, I have a good feeling that we'll see Season 5 of Call the Midwife join them in no time once it wraps up on PBS this spring.

Until then, do yourself a favor and just stream it through PBS, huh?