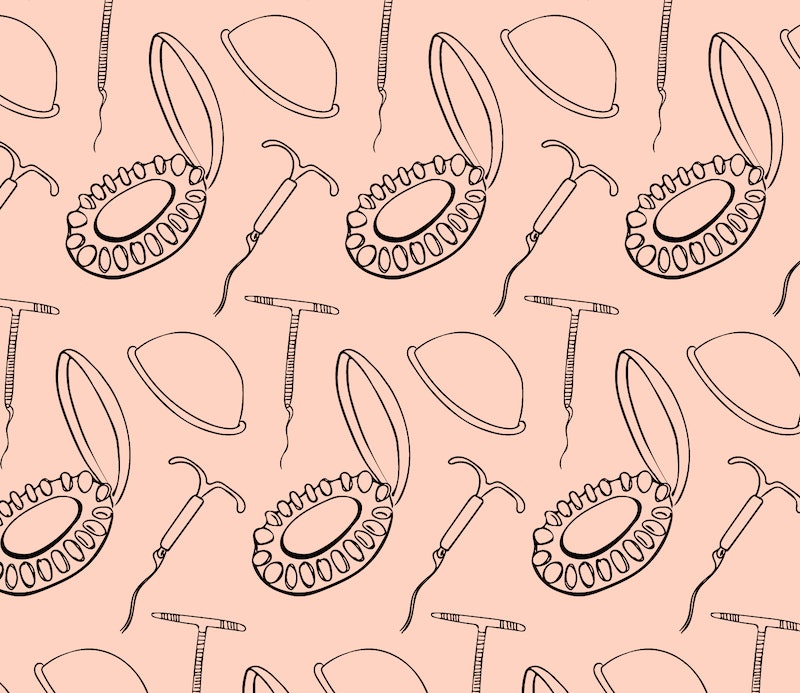 Holy sh*t. The future is here and that future is reversible male birth control that is not a condom. This may be the best birth control method I've ever heard of, or at least the most exciting. I mean, I'm all about taking responsibility for your own reproductive system — it's why I have the non-hormonal coil. But a chance for men to be able to take some of the burden of birth control is amazing. Women spend so much time and angst trying to find the right birth control. They can mess with your hormones, mess with your periods (even the non-hormonal options, just ask the 55 pairs of underwear I ruined in the three months after getting the coil), and can have a whole host of side effects. And even when it comes to condoms, that's not just a man's problems — women buy them and have to remember to use them too.

So what if there's a new option? An option that means if you're a woman in a hetero relationship and want long-term birth control, it's not just on you to make it happen? Or if you're a guy, you can have a solution that doesn't mean constantly carrying around condoms? Well, according to a new study, Vasalgel might be the answer— and it looks like it could be available in 2018. Here's what you need to know:

It's not like you're doing it every time before you have sex— that would not only be cruel and unusual, it would also be a mood killer to end all mood killers. And, unlike condoms, there would be no way to sexily do it with your mouth... so actually, just like condoms. But with the shot, it looks like it'll last a long time. Elaine Lissner, executive director of the Parsemus Foundation who made Vasalgel told Cosmopolitan that it should last for at least a year: "It seems to be pretty durable; we expect it to last for years. We just don't know how many yet."

3. It Could Be Reversible

Like a lot of female birth control, but unlike the current male option of a vasectomy, Vasalgel could potentially be reversible. Primate studies have shown that it's readily reversible, but reversal has not yet been tested officially in humans. According to Parsemus Foundation, Vasalgel is "likely to be more reversible" than the vasectomy.

You know how you feel when you're on a pill that's not right for you? Or if a hormonal implant means that you want to light the world aflame and fiddle while it burns but also eat tacos and have a nap? While hormones don't affect a man's cycle like they do a woman's, Vasalgel is a hormone-free option.

Here's the thing: so far it's only been tested on rabbits. But that doesn't stop them from having an expected 2018 availability for everyone. Cosmopolitan explains that the next step is the first human male trial, which is scheduled for later this year. So fingers crossed for 2018, girls and boys. The future is coming.