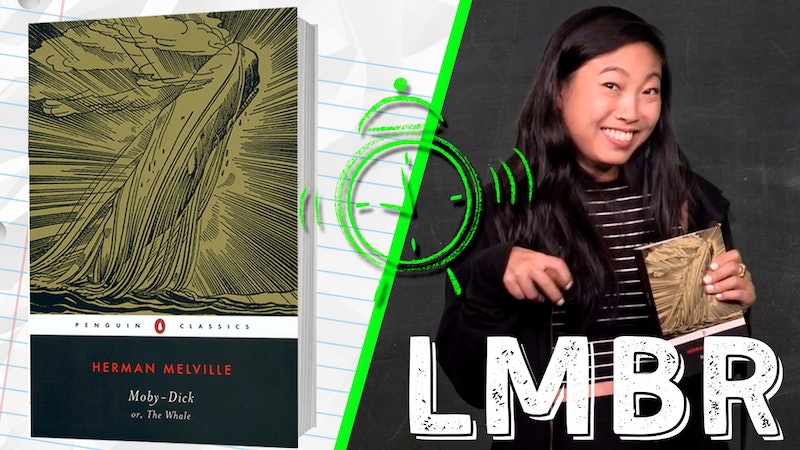 You remember that feeling of terror when you suddenly realized you were supposed to present a book report in class next period — and you hadn't even opened the book? Yeah, we've all been there. And in a hilarious new video, rapper/actor Awkwafina reads Moby Dick in 10 minutes, and then delivers a pretty awkward last minute book report.

As all of us who never quite finished it in high school know, Moby Dick is a very long book. Kind of obnoxiously long, if you ask me. So I don't blame Awkwafina for not quite getting to the end in the 10 minutes she's given. Considering the short time frame, in fact, I'd say she does a pretty good job.

By the end of the video, Awkwafina has summed up Moby Dick so succinctly (if a little inaccurately), that I can't help but wonder why Herman Melville didn't just write it a little shorter in the first place. If you really could read Moby Dick in five minutes, maybe I actually would have bothered. You hear that, Melville? My 'D' on my English paper was your fault.

Luckily for Awkwafina, she's funny enough to get away with not having read the book. And if any of you are still staring at the screen in confusion and asking "Who is Awkwafina?" (in which case, you need to spend more time on YouTube), you only need to search "My Vag" to be reminded of her viral video.

And it was all downhill from there. Check out the hilarious video to see for yourself!