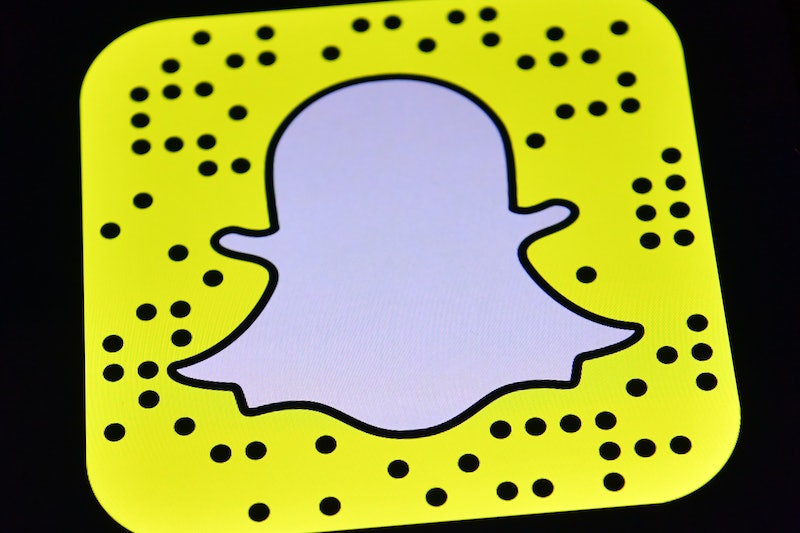 The glory of Snapchat Chat 2.0 seemingly knows no bounds, what with all of its killer new features. And since those features include the ability to send audio "notes," you're probably wondering how to leave a Snapchat voice message. Since I've been spamming my friends with inane messages all morning — perhaps you should have Snapped back sooner, no? — I'll walk you through the process.

First things first: You need to make sure you actually have the latest Snapchat update. If you don't, you won't be privy to the string of fun little icons that allow you to take full advantage of Snapchat Chat 2.0's new features. According to Snapchat's official website, the new version of the app aims to let you communicate with friends like you would face-to-face. The March 29, 2016 post reads,

You can start by sending a few chats, and when your friend shows up, start talking or video chatting instantly with one tap. Your friend can simply listen if you want to sing them a song, or watch if you have a new puppy to show them. If they aren’t there, you can quickly send an audio note to say what you mean. And sometimes, a sticker says it best :)

Not sure how to go about getting Snapchat Chat 2.0? Don't feel bad; I definitely wasn't, either. Luckily, it's pretty easy stuff. To update the Snapchat app, you just need to go into the App Store on your phone, click the button in the bottom right corner for Updates, scroll down until you see Snapchat, and then click it. Alternately, you could simply do a search for the app in your App Store and then click on the Update button. Either way, you'll know it worked if the glorious string of new option icons appear the next time you open up a private chat.

OK, so moving on to the main event. You see the little video and phone icons directly above this sentence at the bottom of the screenshot? Those are your tools for leaving a "note." If you want to send a Snapchat voice message, you simply press and hold the phone icon while you leave your message. If it isn't going the way you want it to, quickly drag it into that little center circle, which will have an "x" in it. If you said what you needed to and are ready to send the message, you just release the phone button and it'll automatically get sent. If you want to watch this process unfold in real-time, you can check out TapLab's how-to YouTube video on the new Snapchat voice message feature.

The process is exactly the same for sending a video message, with the exception of pressing and holding the video camera icon as opposed to the phone handset icon. Get it? I chose to send an audio message, largely because I'm under-caffeinated and currently look like an extra on the set of The Walking Dead.

If you're wondering what the message said, it was something along the lines of, "You better snap me back, or I'll tell everyone about that time you did that thing that was horribly embarrassing." You know, something to that effect. (It's probably worth mentioning that I'm Snapping my sister at the moment.)

You'll notice a little bubble popped into the chat area showing my audio note. If you leave a video message, the bubble will be filled with an image of your head, presumably. But word to the wise: You'll need to tell your friends to all make sure they've updated as well, or they might not receive the voice message.

So before you go creating 30-second voice message masterpieces, remember that they will be wasted if your friends aren't hip to the update. Basically, Snapchat Chat 2.0 is new #squadgoals. Other than that, you're good to go, my friends. Snap responsibly!

More like this
Remember These Ancient Pieces Of '90s Tech?
By Lucia Peters and Emma Carey
TikTok Is Using A ‘Love Island’ Sound To Expose Their Weird Crushes
By Courtney Young
Instagram Users Are Reporting Issues Scrolling & Logging In
By Courtney Young
What Does “Gatekeeping” Mean On TikTok? The Viral Term, Explained.
By Courtney Young
Get Even More From Bustle — Sign Up For The Newsletter

This article was originally published on March 30, 2016