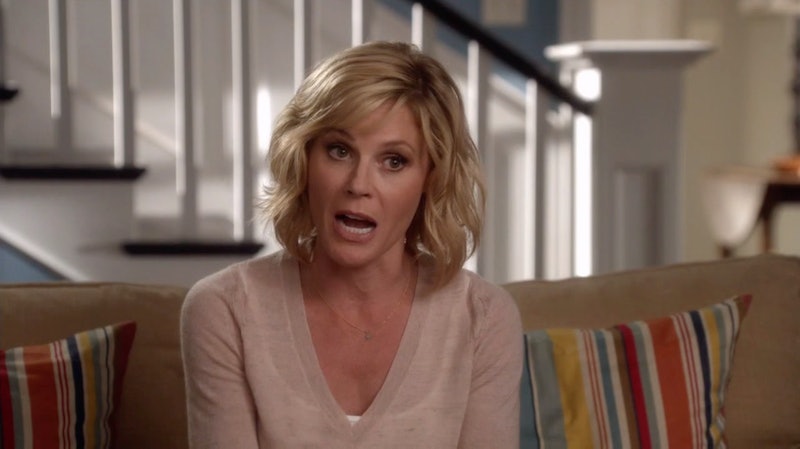 You know what? We jest about the apocalypse, but when humanity really does get decimated because a hunk of space crap decked the planet or we all globally warm ourselves into an early molten death, you're going to wish you were a worst case scenario person like me. Because while the lot of you are freaking out and tweeting your "OMG my zombified neighbor tried to gnaw off a sizable portion of my flesh!! #wtf #apocalypseproblems" updates, those of us who were grim and cynical enough to anticipate it will already be up in the mountains or in our bunkers somewhere, smugly roasting s'mores by the light of our rechargeable battery-powered waterproof phones. Suck. On. That.

In the meantime, we pay the price for our preparedness by enduring everyone else's mockery. "Nervous nelly" and "worry wart" became part of my lexicon before I'd reached first grade — because even as a kid, I was looking ten steps ahead of whatever the hell my peers were up to with the deep and grim knowledge that, given one wrong and statistically unlikely move, we could be screwed. Blame it on our disposition, or blame it on our worst case scenario parents (hi, Mom), but whether nature or nurture is to blame, there is no way to shut up the overactive alarm system that is your brain. There are just some sauces in life so awkward that only a true #WorstCaseScenario person could ever understand.

Everyone Mistook You For A Total Goody Two Shoes Growing Up

It just so happens that the Venn Diagram of "sucking up to adults" and "trying not to be dead" is actually a circle.

When friends come to visit, they can either get the Cute Neighborhood Tour or the MURDER TOUR. Senior discounts on Tuesdays!

You Were Either The “Mom” Of Your Friend Group ...

You know — the sober driver, the one reminding everyone of the hazards of smoking, the one giving five-minute long sermons on the importance of wearing helmets.

… Or The Lame Ass Of Your Friend Group

You know — the sober driver, the one reminding everyone of the hazards of smoking, the one giving five-minute long sermons on the importance of wearing helmets. Alas, whether this comes off as nurturing or annoying AF depends on who you happen to be talking to/keeping alive at that particular moment.

Go ahead and pre-write my obit, guys, because my cause of death will be "literal heart attack watching one too many dads let their toddlers run rampant in grocery store parking lots".

You Have Ridiculous Anxiety Even For Fictional Characters Getting Into Shenanigans

I was literally just saying to our books editor Cristina this morning that I had to black out most of Harry Potter and the Chamber of Secrets as a child because as soon as Ron and Harry stole the flying car my nine-year-old brain was like, "They are going to get in so much trouble."

Other people read "based on a true story" and think, "Oh no, how sad." Meanwhile, you're all, "Good god I'm next."

As A Teen You Probably Were The Best Babysitter/Camp Counselor In Your State, If Not The World

NO PUNK BABIES ARE GETTING INTO SHENANIGANS ON YOUR WATCH, THAT'S FOR DAMN SURE.

It Takes A Lot, A Lot, A LOT For You To Let A Romantic Prospect Into Your Life

It's not that you're a total pessimist or don't have faith in other humans — you are just conditioned to look ahead to the very realistic scenario that you won't be #Together4Evr.

… And Even Then, You Can’t Help But Plan An Alternate Future Without Them

In the words of those creepy hyenas in The Lion King, "Beeee preeeepAAAAAAAAARRRED."

You’re Not A Hypochondriac, Per Se, But You’ve Definitely Bookmarked Some Pages On WebMD

If you're feeling under the weather, odds are you'll go about your business as usual — but all the while somewhere in the back of your head, you're like, If I died of this obvious mutated super disease, which sister would I leave all my all my Taylor Swift on vinyl?

You Actually Have Spot-On Intuition For Creepiness Online

You have never had a bad Craigslist roommate situation or disastrous Tinder date. You know just how many uses of the word "chill" is the equivalent of someone admitting they're a serial killer in the making, and no amount of selfies with random animals of prey at the zoo will distract you from the weirdness in a fellow human's eye. Creeper detection on FLEEK.

You: "Oh my gosh, how are your second cousin's puppies??"

For All Your Worrying About Bad Things Happening, You're Actually Hella Calm In A Crisis

When crap goes down, from a workplace crisis to an actual apocalypse, you're going to want a worst case scenario person in your corner. We were ready for this. And don't worry — we packed snacks.

More like this
The Viral TikTok “30,000” Sound Fits Nearly Every Scenario
By Courtney Young
Meet The Disney Imagineer Bringing 'Guardians Of The Galaxy' To Epcot
By Charlie Mock
11 Trends From The ‘90s That Made You Feel So Cool
By Julie Sprankles
4 Most Outspoken Zodiac Signs
By Kristine Fellizar
Get Even More From Bustle — Sign Up For The Newsletter