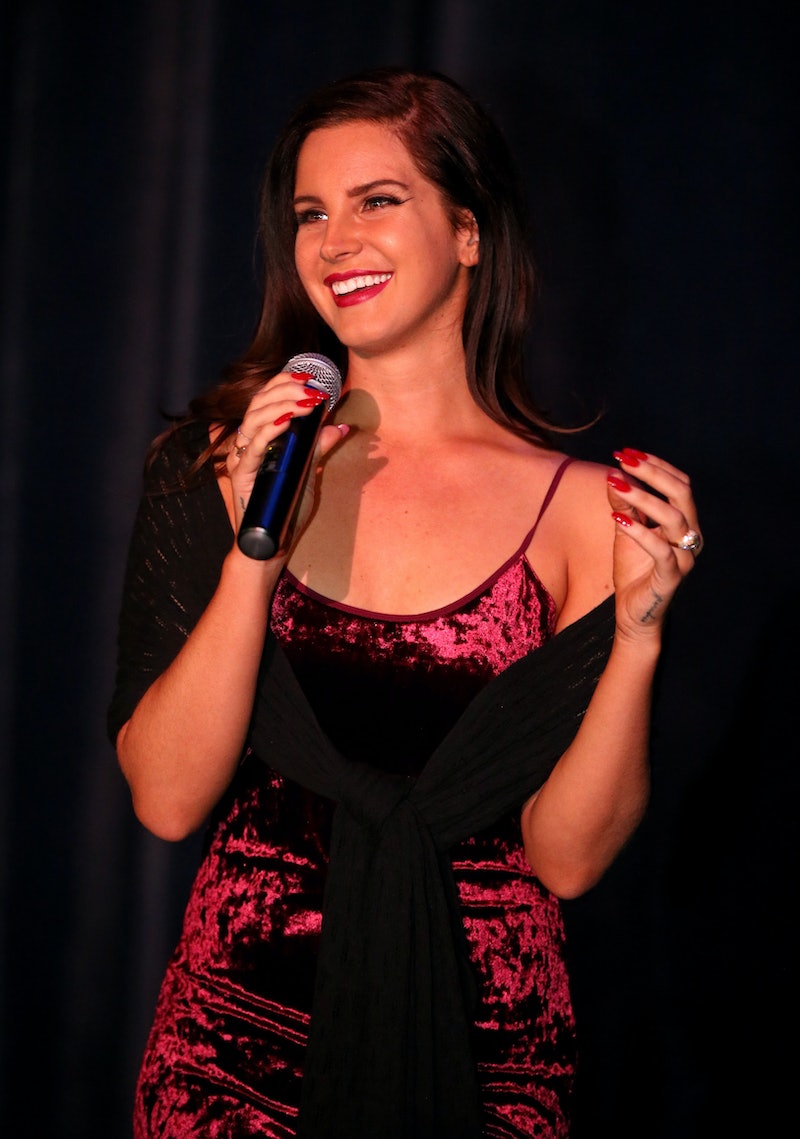 Lana Del Rey's fans have been eagerly awaiting their yearly dose of glamorous gloom and doom, ever since the "Once Upon a Dream" singer's second studio album, Born To Die, garnered new listeners and inspired and bolstered old ones. Now, they have something to look forward to. Lana Del Rey's upcoming album, Ultra-Violence, was slated for release sometime in 2014, but thanks to her ease and comfort with her fans, she seemed to let the cat out of the bag regarding the exact date. On Saturday, a video surfaced of Del Rey sweetly signing autographs for some fans, and even sang "Happy Birthday" to one.

Del Rey was asked when Ultra-Violence is coming out, and she confidently replied, "May 1st." After realizing she goofed when fans started asking if that was the official date, because no other dates had been given yet, Del Rey tried to backtrack and coyly said, "I think." She also said that she was so excited about her third studio album, it made her forget about her second one.

"It's so good that it made me forget about the last record," Del Rey says. "I'm in love with it. I have ‘that feeling’ about it. I have that romantic feeling about it. I’m excited.”

More like this
J. Lo Just Announced A New Album — And Ben Affleck Inspired At Least 1 Song
By Stephanie Topacio Long
The Fan Whom Adele Scolded For Using A Filter On Their Selfie Has Something To Say
By Radhika Menon
North West Has Mastered The Wednesday Addams & Lady Gaga TikTok Dance
By Jake Viswanath
The Britney Spears Disney Princess Musical Is Finally Opening On Broadway
By Jake Viswanath
Get Even More From Bustle — Sign Up For The Newsletter