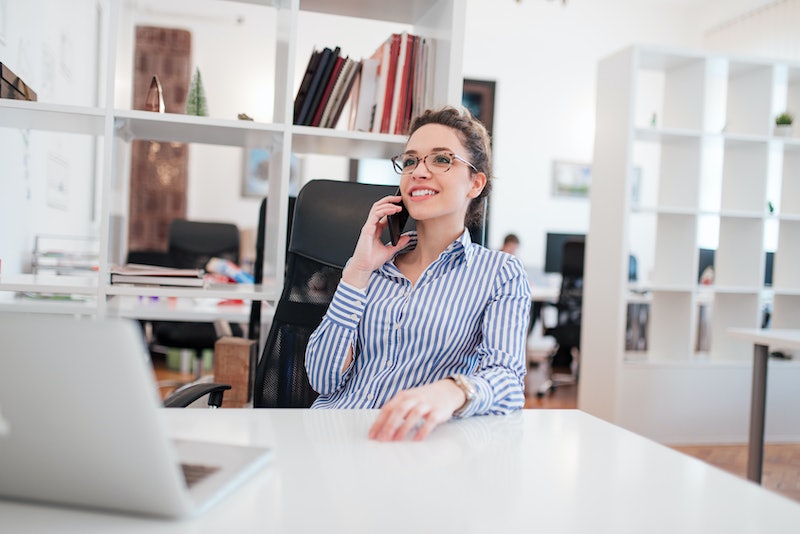 It's totally normal to want to see your supervisor squirm a little, right? 'Tis the season for practical jokes, and it's only fair that you have a few April Fools' Day pranks to play on your boss, as long as they don't get you fired. It's critical to know your target and to know what they can tolerate when it comes to April Fools' trickery. How far can you push them without getting reported to HR? Are they going to hold this against you in your annual review? There are things to keep in mind.

On top of that, you should make sure your office April Fools' Day prank is in line with your boss' sense of humor, because, frankly, that's just smart comedy. Are they the type that appreciates a well-timed pratfall, or are they more likely to laugh at a really witty pun? These are the questions you should be asking yourself in the days leading up to April 1.

Now that you're armed with a few cursory ideas, take a look at nine of the best April Fools' Day pranks to play on your boss. I make no guarantees that you won't be treading on dangerous territory if you use some of these, but it's more than likely you'll still have a job on Monday if you do.

1. Cover their car in sticky notes

Was there a message you needed to take for the head honcho? Well, maybe now she'll get it. Recruit a few coworkers to stick as many of these little guys to your boss' vehicle as you can before you tire yourself out. Remember that it's always important to make sure you're challenged by your job — can you find it in you to divide the sticky note colors by sections? Good. Good... Cleanup on aisle Audi.

What a work of April Fools' Day art you've created. Make sure the rubber bands you get are thick enough to hold the phone to its cradle but stretchy enough that they won't snap and break while you furiously wrap them, and try to forget how you wish pranking your boss was allowed every day. Maybe you should let the others know their calls won't be getting through for at least the next few hours?

No doubt this is believable. Unless they've already been the butt of this joke, your boss is going to get really fed up with the "voice-activated" copy machine after several pointed commands to do its job. You could twist this gag a little and maybe print a sign that says it's activated by a complex series of vocal commands. "Today's Copy Code: Yodel." Just a thought.

4. Plant a garden in their keyboard

There is something particularly disturbing about the prankster who doesn't mind a slow-burn joke. It's complicated and takes a green thumb, but you could potentially be seeing dividends from this joke for weeks. Check out how to grow a keyboard garden, then decide if this topiary tactic is one your boss would appreciate... or hate.

No one's saying the dead computer mouse should last all day but, come on, you know you'll be peeping through their office door to watch them roll that mouse around on their desk a million times. They'll check the batteries, and maybe they'll realize what you've done by that point, but for a few shining moments, you've pulled a fast one on the person who's at the top of the food chain, and that feels really, really good sometimes. Apologize and get back to work. You've got all day to giggle at your genius.

I do not endorse the "messing with food" variety of April Fools' Day mischief, but some people love it. If you, your boss, or Sheila at the front desk are one of those people, then look no further than the mayonnaise doughnut to ring in a day full of devious decisions. Buy a dozen regular, glazed doughnuts and pipe your favorite (gag) brand of mayo inside them. Offer to the boss, die laughing if that's your thing, then repeat with the rest of the coworkers.

Only undertake this prank if you think your boss can handle a slight fall. This is kind of genius, considering the comedic subterfuge afforded by the wrapping paper itself. Just when they think the punchline is that all of their belongings are wrapped in an obnoxious holiday print, they'll try to take a seat, and that's when the real joke lands. Kudos to you if you go for this one.

8. Turn their desk upside down

Fairly innocent and everyone will laugh, the upside-down-desk trick doesn't require too much effort and definitely won't get you fired. All you need to coordinate is sneaking into the boss' office to pull it off. You will, however, need some reinforcements to turn it over silently. Don't forget to replace the supplies in exactly the same place, unless you want to hide it all throughout the office. That could be the straw that hands the camel a pink slip, though, considering the halt in productivity it might cause. The choice is yours.

Do you have inside information that Andrew really can't stand the Kardashian-Jenner clan? Maybe April 1 is the perfect time to show him just what he's missing. Plaster your boss' office with the face of their least favorite celebrity, and watch as they laugh and laugh yet desperately try to rip it all down as fast as possible. Now isn't the time to slack, you've got to commit to doing this right. We're talking a Warhol-level pop art shrine, complete with packing tape over everything to essentially laminate your work. This one might take a while, so start sourcing images ASAP.

The key to this game is to remind your boss — and yourself — that it's all in fun. No harm, no foul, as they say. Although, I guess that's not really up to you to decide. Prank responsibly and the office might just be a happier place in the long run because of it. Did you ever think you'd be a corporate April Fools' Day legend?