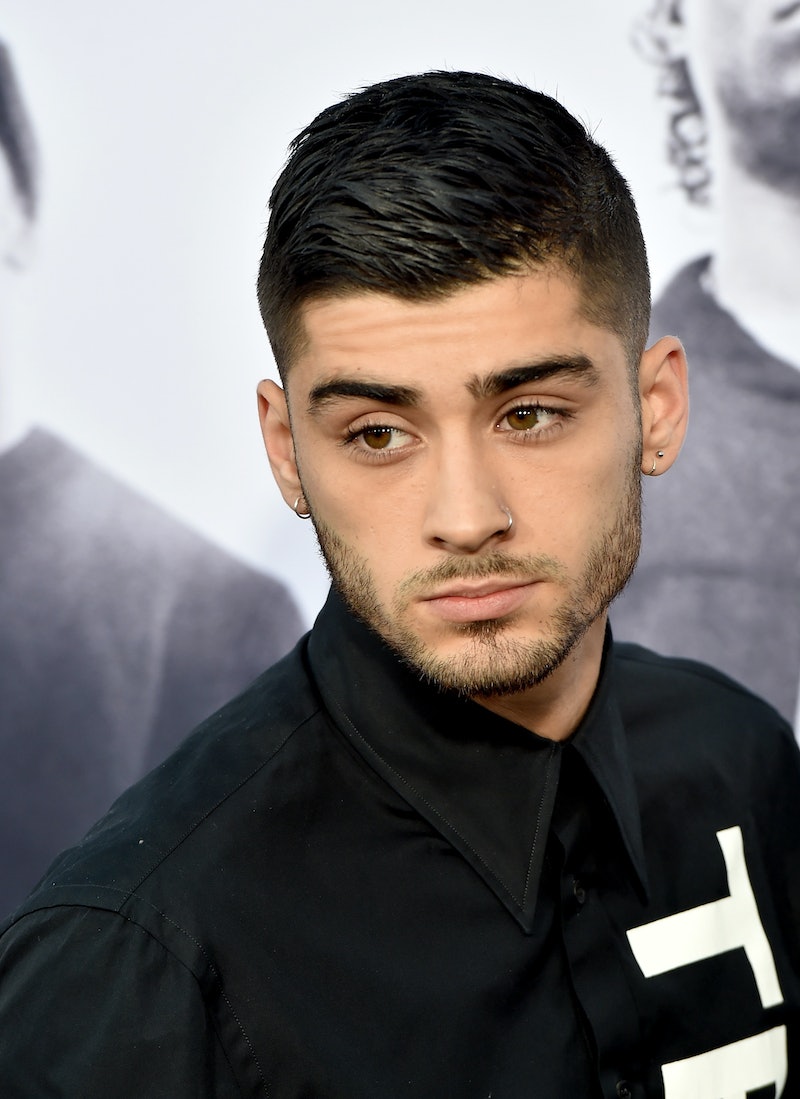 While he may have a reputation as a bad boy, that doesn't mean Zayn Malik is actually a bad guy. After rumors spread that Malik planned to kick ex Perrie Edwards' mom out of the house he bought her, the "Pillowtalk" singer's rep confirmed this is not true at all. In a statement to E! News, the rep said,

She is still living in the house. Zayn has very generously allowed her to live there for the past couple of years, but she is buying a house with her boyfriend so will be moving out once it completes.

The rumors had gotten a bit out of hand with people saying that Malik gave Edwards' mother an ultimatum and that he would go to court if she didn't leave. It's a relief to hear that isn't actually the case. Sure, it's upsetting for some fans that Malik and Edwards aren't together, but that doesn't automatically mean there's bad blood between them. Come on, it would've been pretty heartless if he kicked Edwards' mom out of the house he bought her back in 2014. That would've been way too harsh.

Based on the above, it sounds like there's mutual respect between these exes. Post-breakup, instead of dwelling on the negativity, Edwards was asked how she was doing on The Late Late Show With James Corden, to which she responded, "Things are going so well and I just wake up every day and thank my lucky stars I have these three girl." Instead of bashing Malik, she gave her bandmates a shoutout.

Despite the fact that it seems like these two are on decent terms, this isn't the first time that Malik was portrayed as a bad guy following their broken engagement. There were even rumors that he dumped the Little Mix singer via text. That would be incredibly harsh for someone who he has such a history with. Luckily, Malik cleared up that misunderstanding too. In November 2015, he told Fader,

I have more respect for Perrie than to end anything over text message. I love her a lot, and I always will, and I would never end our relationship over four years like that. She knows that, I know that, and the public should know that as well. I don’t want to explain why or what I did, I just want the public to know I didn’t do that.

Those comments are certainly respectable and it's sweet he was adamant about setting the story straight. So, let's stop painting Malik to be a bad guy. Just because he appears outwardly tough, he still can be a stand-up person — and it sure sounds like he is.