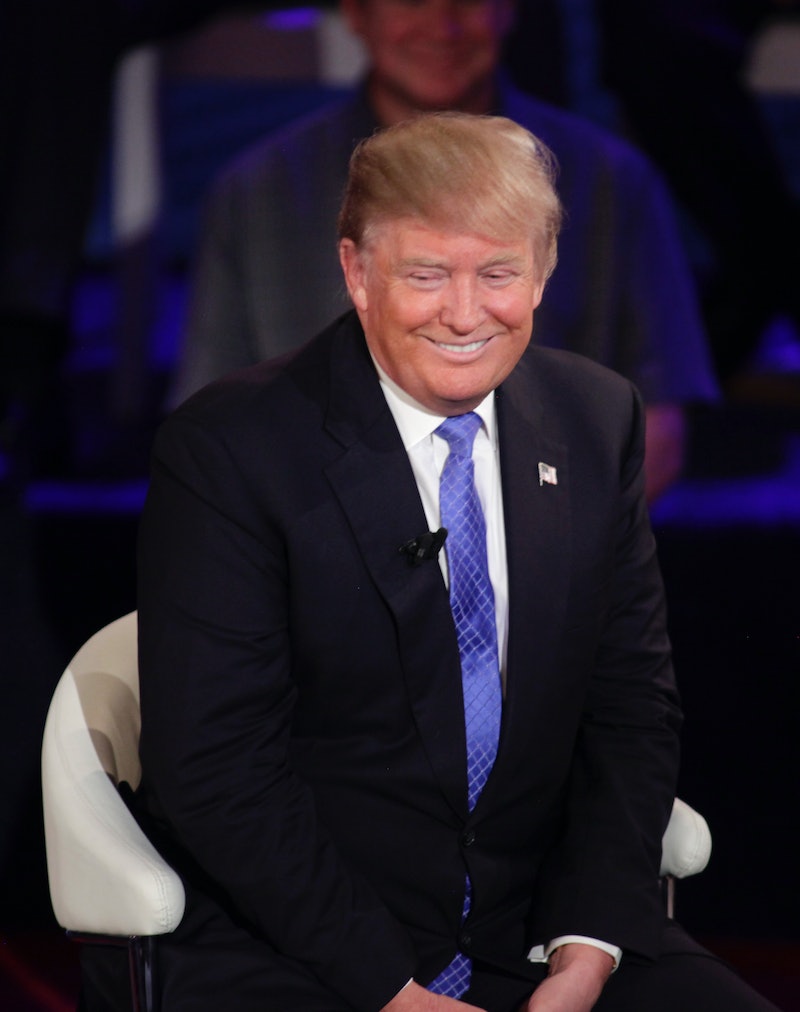 Don't judge a magazine by its cover. Republican presidential frontrunner Donald Trump is on the cover of People , and the magazine's look into his life is pretty interesting, especially for non-supporters. In the article, the candidate reflects on his public persona, which he and his friends claim is quite different from his private personality. "I'm a much nicer person than people would think, to see me from the outside," Trump told People reporter Charlotte Triggs during their sitdown. "On the one hand you might see that as bad. But on the other hand you don't want people to know you that well."

But those who do know Trump well reportedly agree with the sentiment, based on the interviews Triggs conducted with some of the people closest to him. They speak highly of him and regard him as "caring and kind," according to Trump's friend Christopher Ruddy. Even Piers Morgan, a former contestant on Trump's show The Apprentice, said that the business mogul is "far more thoughtful and measured" outside of the public eye. "If you're in Donald's camp and you're good to him, he's unbelievably good," Morgan told People.

That assessment by those who reportedly know him best seems to then raise the question of why Trump is content with spreading hateful, vitriolic language and doing seemingly little to combat his ever-growing reputation as a bigot and demagogue. Trump inspires a lot of loyalty, both from his devoted political supporters and, as evidenced by the article, his friends. So it's puzzling that he seems intent on using that ability to create derision and anger instead of making any conscious efforts toward unity.

Triggs also spoke with Trump's biographer, Michael D'Antonio, who says that Trump's public insults are a method of attracting attention and staying in the spotlight. "He's told me that he is aware of how extreme the media is, and how you must be extreme to get attention," D'Antonio claimed. While this isn't exactly a groundbreaking revelation, it could be disappointing confirmation of what many people believed all along: Trump may not actually be like this, but people eat it up. His off-the-wall, no-holds-barred persona gets him attention and support, which is how you win an election.

Another former Apprentice contestant and Trump friend Omarosa Manigault says that Trump hasn't "made the total shift from entertainer." According to those closest to him, Trump's shock value is a public front -- something that has long been suspected and now possibly confirmed. However, none of Trump's friends ever mentioned the possible ramifications of that angry, entertaining persona.