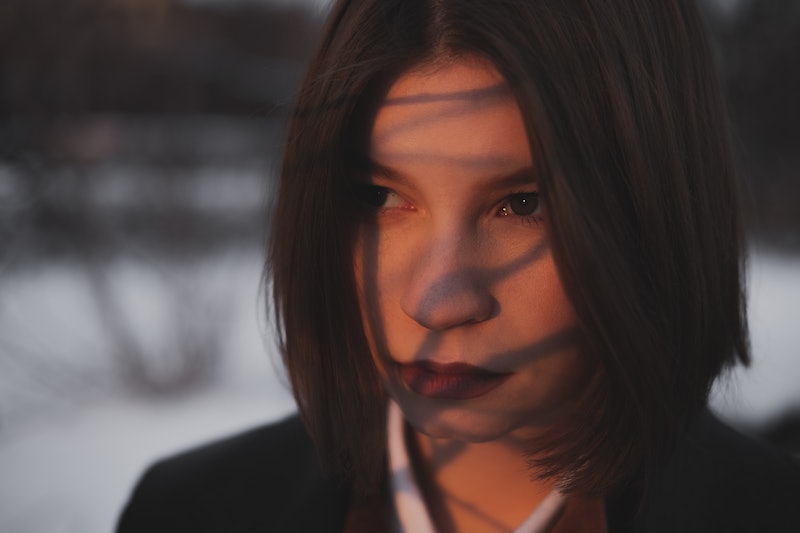 Everyone loves a good fictional psychopath — just look at the enduring popularity of characters like Dexter Morgan, Walter White, and the most disturbing villain of them all, Hannibal Lecter. As easy as it is to spot these characters on TV, however, is there any quick way to tell if you're a psychopath in real life? Today's TV series and movies are so rife with the decidedly un-empathetic that you can't throw a teddy bear on set without hitting a psychopath — an action, of course, which would be followed by a nihilistic speech on the uselessness of childhood sentiment and the slow, symbolic dismemberment of said teddy bear — but is there really a one-step way to figure it out in real life?

The Internet certainly believes so. According to Indy 100, an old post has been making the rounds again lately, claiming to reveal a single-question test used by psychologists to determine whether someone has psychopathic or sociopathic tendencies. The question is essentially a short riddle regarding the motive for a murder, and according to Snopes, it most commonly takes this form:

This is a genuine psychological test. It is a story about a girl. While at the funeral of her own mother, she met a guy whom she did not know. She thought this guy was amazing, so much her dream guy she believed him to be, that she fell in love with him there and then... A few days later, the girl killed her own sister.

Question: What is her motive in killing her sister?

Feel free to take a few minutes to deliberate — it might be your last few moments of freedom before FBI agents burst from your ceiling and take you, an irredeemable psychopath, into custody. Are you ready?

According to the post, only psychopaths can come up with the following answer (taken from Snopes again):

Answer: She was hoping that the guy would appear at the funeral again.

If you guessed correctly, I'm afraid to say that you wouldn't be out of place on the set of Hannibal.

Just kidding! (Of course.) If you're at all familiar with psychology, you're probably aware that this form of "diagnosis" is utterly useless. As with any psychological disorder, psychopathy is diagnosed through a history of behavior and series of tests administered by a psychologist. In fact, despite its mainstream appeal in pop science, there's still considerable debate in the psychological community regarding its validity as a specific disorder. It wasn't until the most recent edition of the Diagnostic and Statistical Manual (DSM) that psychopathy was explicitly referred to as a diagnosis, and even then, it was only in the context of other disorders.

Furthermore, the question itself is flawed. Psychopathy is about a lack of empathy and diminished fear response, rather than uncontrollable murderous urges; although people who are psychopathic may not fear the consequences of killing someone, it doesn't mean they spend their lives waiting for the opportunity to dismember their next victim. They're no more likely to ascribe the "correct" motive than a neurotypical person — and vice versa, so don't worry if you came up with the "psychopathic" answer.

So why are people so obsessed with these one-question personality tests, even though common sense dictates that they're totally useless? As Snopes points out, it comes down to simplification: The promise that a simple question can unearth hidden depths within someone. Unfortunately, though, people are much too complex to figure out based on the answer to a single question. Combined with the ongoing cultural obsession with psychopaths, it's no surprise that this "test" has endured for more than a decade.

That being said, personality quizzes and online tests are harmless fun, as long as you don't take them seriously. Now if you'll excuse me, I have a date with dozens of online quizzes to tell me what kind of introvert I am.